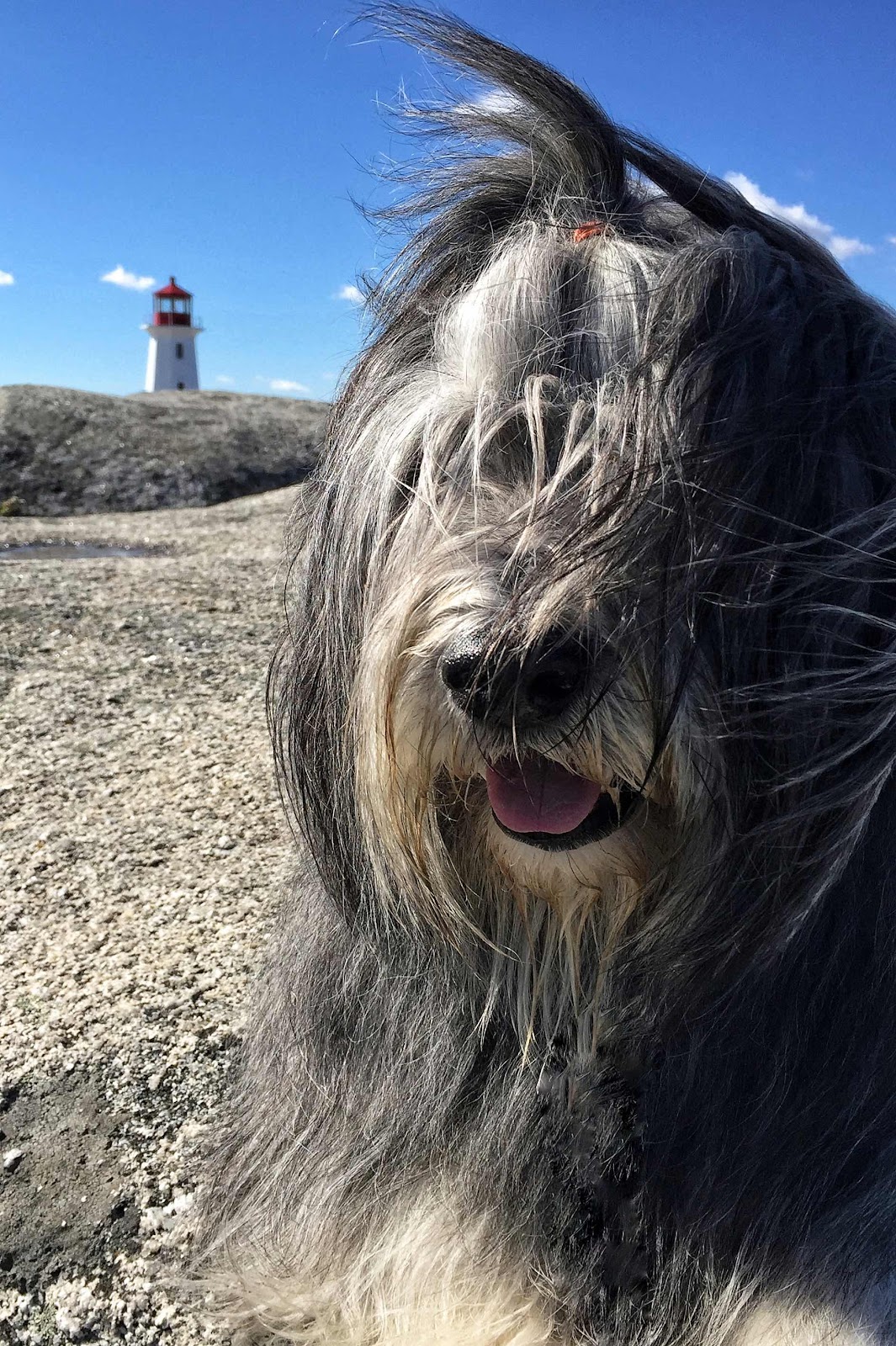 It’s August 7 – and it also happens to be National Lighthouse Day.  Who knew?  I suppose it isn’t celebrated in the prairies- but we certainly have no shortage of lighthouses here in Nova Scotia.

I wondered if there was any connection between dogs and lighthouses and guess what – I found some.  This is a link to a site about Lighthouse dogs.  They were Newfoundland dogs who lived with lighthouse keepers on the East Coast.  Besides companionship, the dogs were also known for their sea rescuing abilities.
Check it out:
http://hannibalnewfs.com/lighthouse-dogs/
My human had seen pictures of the painting “Saved” before – and she never knew that it was based on a real dog! If the image of the painting doesn’t show up in the article, here it is again:
https://commons.m.wikimedia.org/wiki/File:Landseer_Saved.jpg
I don’t think that Einstein and I could be Lighthouse dogs.  It is unlikely we would rescue anyone from the water. Maybe the FG could do it.
On the other paw, Einstein COULD be a fog horn dog.  He definitely has the vocals for that.  But instead of ships being guided by the sound – they would turn right around and head the opposite direction to find a different port.
Well her highness is definitely getting organized- she THINKS we didn’t see her put the suitcase in the bathroom- but rest me, we all did.
I think her departure day COULD be tomorrow…
Have a good one.  Peace and paws up.
Seizure free days:  0 Yes.  I had another one last night.  This is very hard….Please pray for no seizures today….