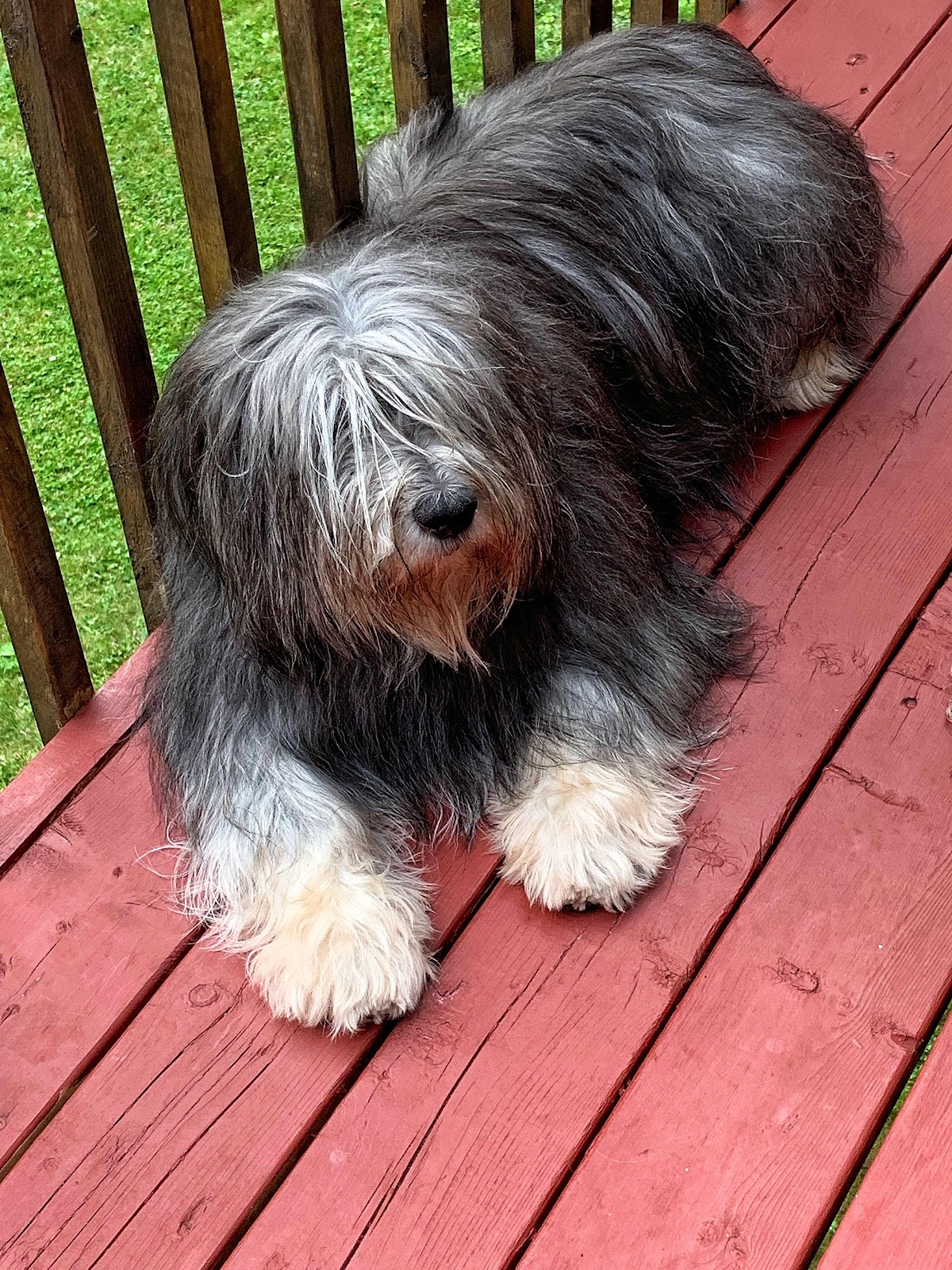 It’s the last day of July.  How did THAT happen?

Let’s take a look at some dog news. There is an interesting story here in Canada about a dog who arrived a few weeks ago from Thailand.  Given the appetite of this girl, one would assume she is a PON.  Or a Labrador Retriever.  But she’s not – she’s a multi-breed dog.  It seems that Mercedes was a street dog who was adopted by a food vendor in Bangkok. She was named after the vehicle of the person who abandoned her. Nice. Anyway, the street vendor fed her.  A lot.  And when the vendor died, the other vendors fed her.  A lot.  So much that she literally could not move.  She should have weighed around 18kg or about 40 lbs. Mercedes weighed 54 kg or a whopping 119 lbs.  No offense, but she actually resembled a sea lion.  With little legs.
Thankfully for Mercedes, a woman who runs a rescue in Thailand took her in- and she was put on a diet.  She lost 27 kg or half her body weight.  Which sounds great – except she has a whole lot of excess skin – which causes additional problems.
So – funds were raised through an international rescue group, and Mercedes was flown to Canada – where her surgery to remove her excess skin will take place – once she loses a bit more weight, and additional funds are raised for her medical expenses.  Here is a video showing her right now:
http://www.cbc.ca/player/play/1578201667794/
All I can say is wow. She is one lucky, lucky dog.  It also makes me realize what could happen if I managed to eat everything I would LIKE to eat.  I’m not sure I want to look like a sea lion. No offense,again, to those guys – but I like looking like a dog.
Meanwhile, here at home, our swimming Picard continues to amaze her highness. He consistently retrieves the fetch toy.  EVERY time.  Now mind you, he is attached to the 30 ft line- but still, he gets it and heads back even after more than one throw.  We know he has a “wandering” attention span on land – but he loves the water. Her highness didn’t end up in the water, and he had a blast! 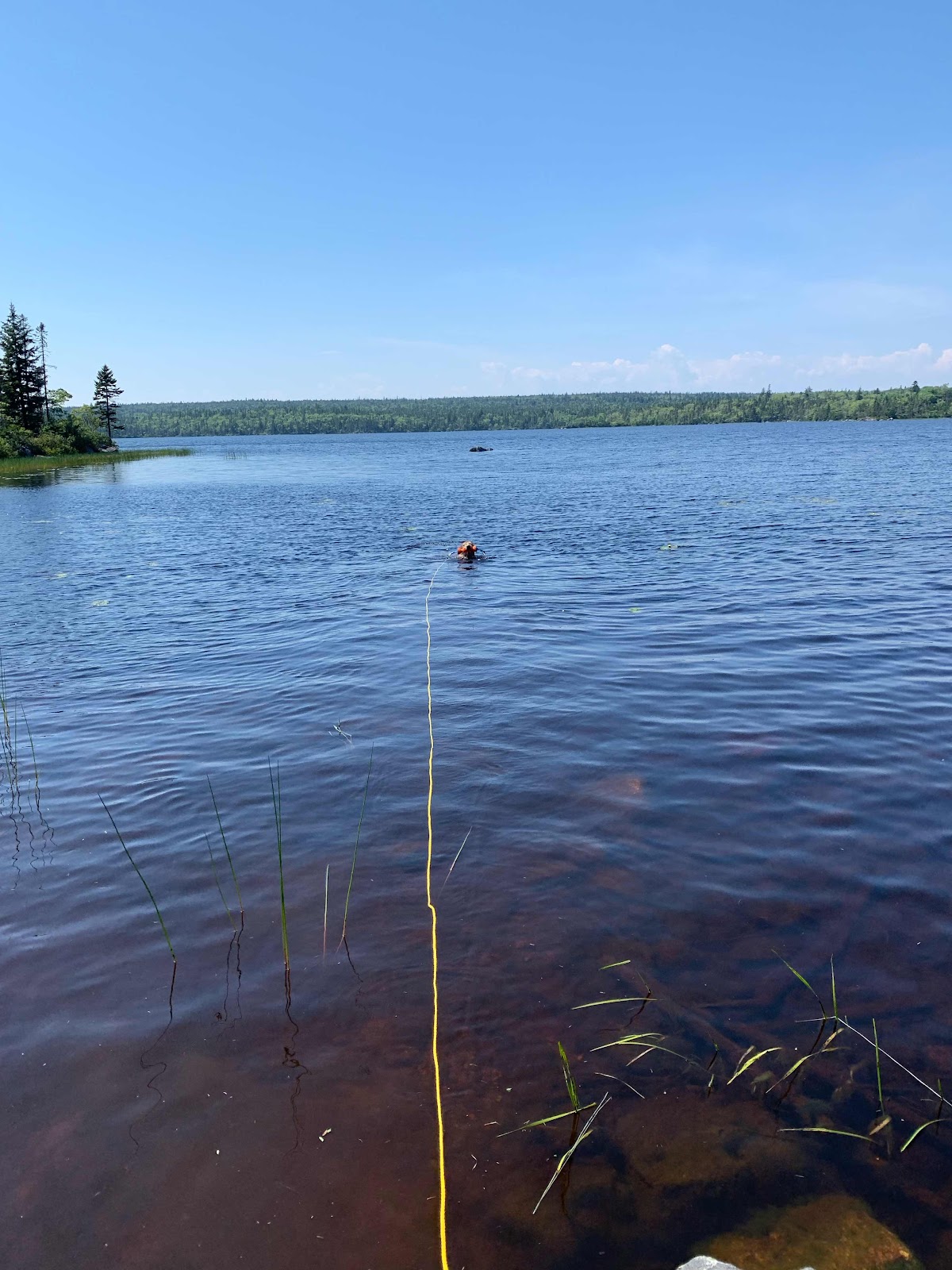 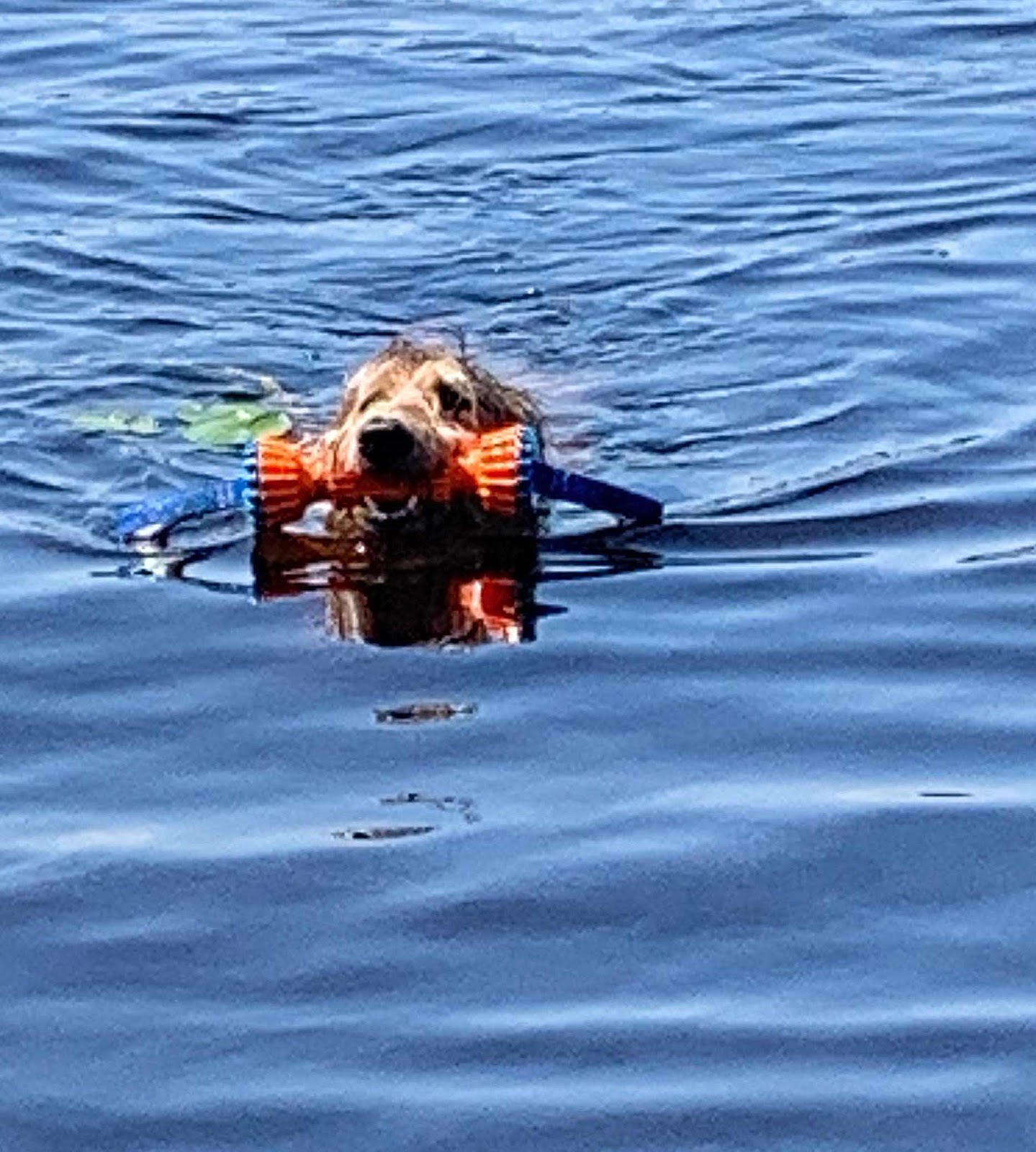 It’s a good way to cool him off on these hot muggy days.  Did I mention that I think we should get a heat pump?
Well, time to have my portion controlled breakfast.  Which is obviously not a bad thing. Although… I still think I could have a LITTLE more….
Have a good one.  Peace and paws up.
Seizure free days: 15