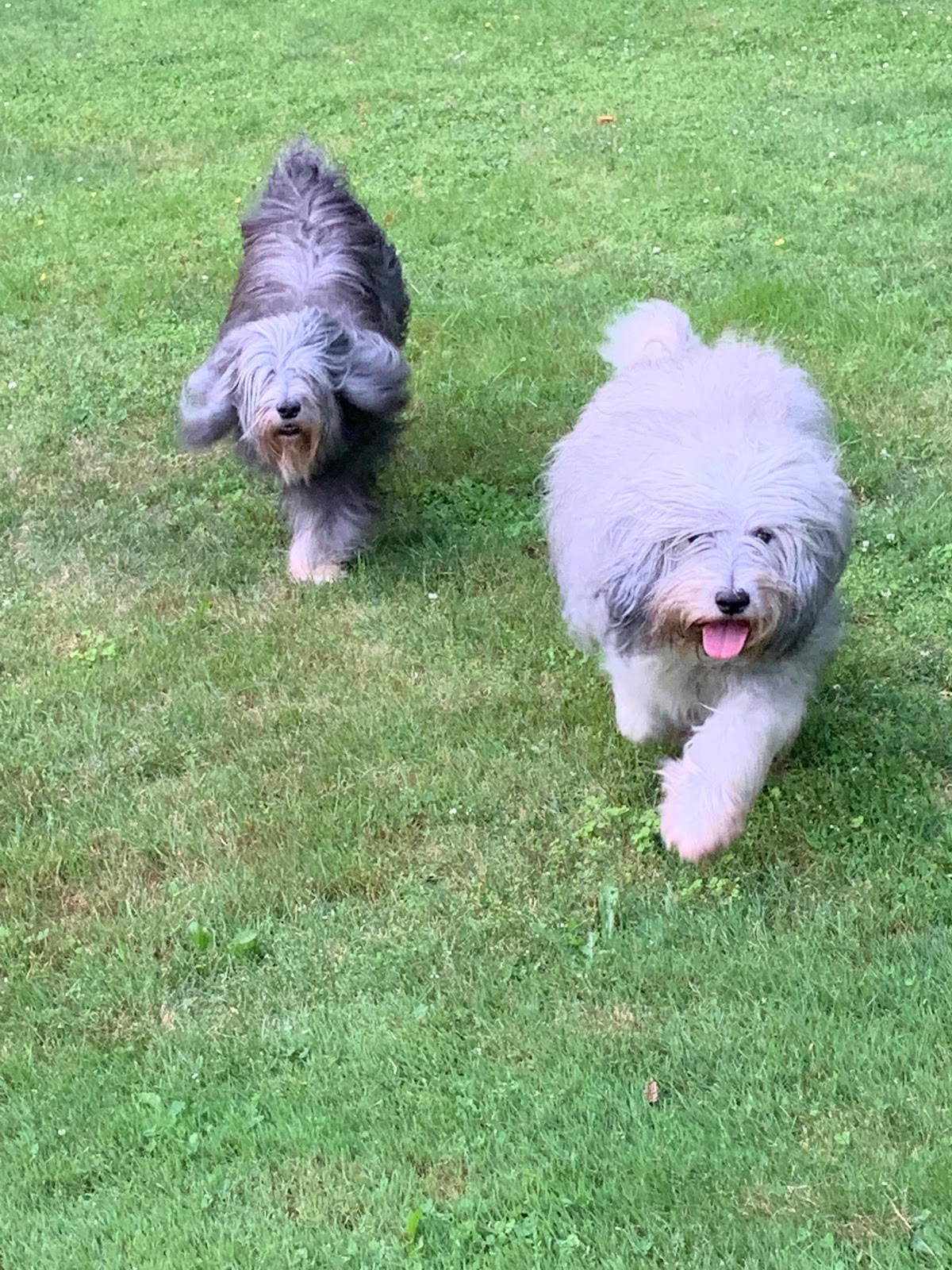 July 22.  And today is the 78th birthday of our favorite TV game show host – Alex Trebek.  Alex announced some serious health issues a few months back.  We hope that with his positive attitude he beats the odds and lives to see many more birthdays.  He hosts the TV show Jeopardy, which basically tests a contestant’s knowledge about a whole range of subjects.  To test your knowledge about dogs, from actual Jeopardy questions, go to this site and click on the photo:

https://thestacker.com/stories/3121/can-you-answer-these-real-jeopardy-questions-about-dogs
So did  you win big money?  Her highness did pretty well.  She said, though, that only way she could play the real show would be if all the questions were about dogs.  Except the category “dog obedience” .  Clearly she doesn’t know much about that topic.  Overall though, she knows more about dogs than Greek mythology, chemistry and ballet.  We have taught her a lot…
Yesterday, the humans went for a drive while we canines did guard duty.  We were understandably annoyed that we couldn’t go along. But two problems prevented us from joining them. First off, we 3 canines wouldn’t fit in Ludwig with 4 human adults. The second problem, even if we could fit – was that it was way too hot to take us along. We were quite comfortable lounging at home.
The humans went to a variety of places- but the best one, in our opinion, was a Pork Butcher. Because the butcher sold bones.  And guess what?!  We each got one!  Our time with the treats will be limited during the first chew fest – so as not to cause any “dietary issues.” We didn’t have them yet- her highness is “saving them” for a time when she can enjoy the solitude and peace that a chew fest brings.  Those bones were as much for her as they were for us.
We’re hoping the weather breaks a bit today so we can perhaps demonstrate our incredible fetching abilities for Lou and  Rose. With one incredible fetcher on a long line. They will no doubt be amazed.
Time for an early morning, reduced heat walk.
Have a good one.  Peace and paws up.
Seizure free days: 6