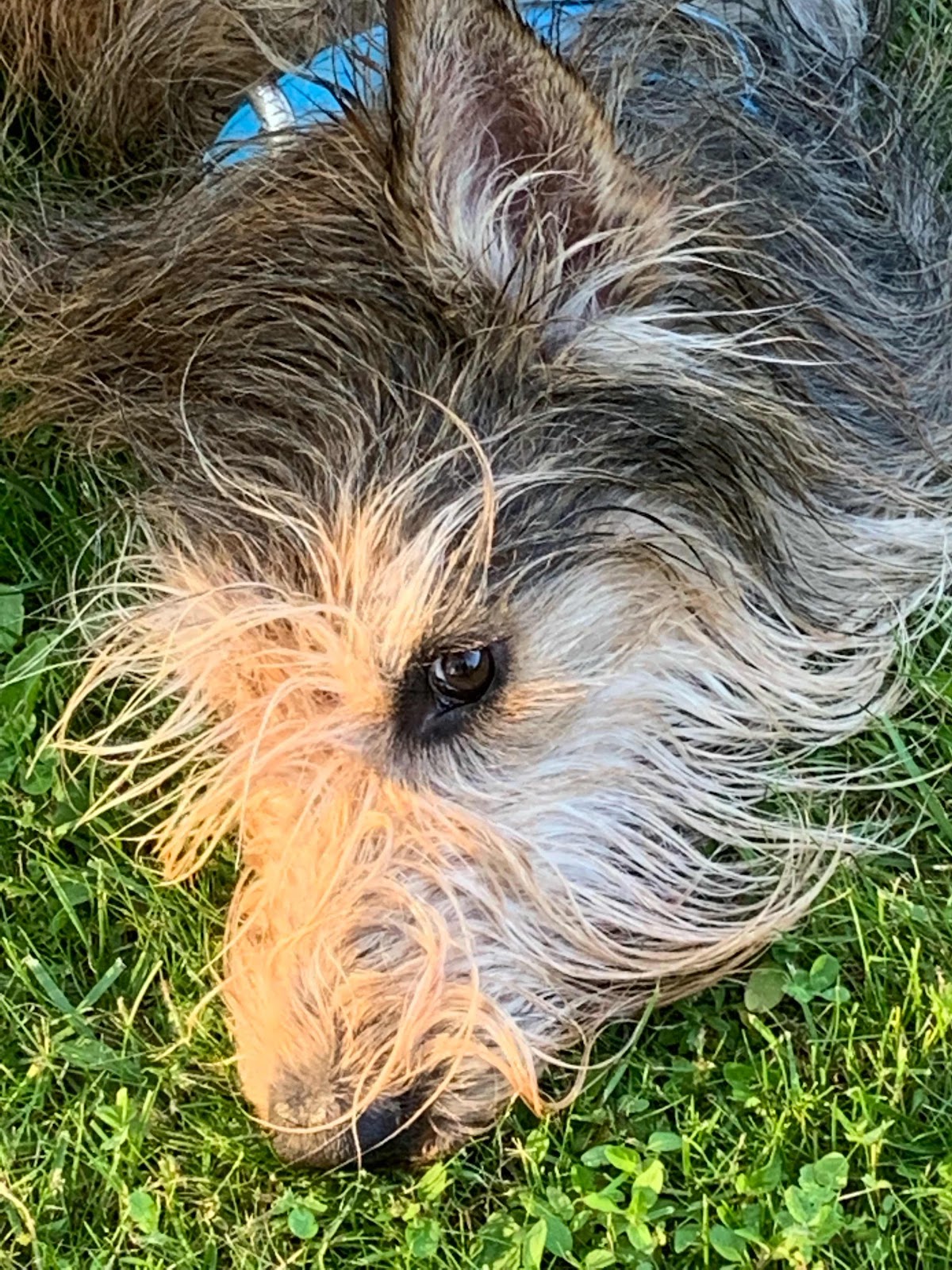 So we have the crazy bunnies.  The roaming bears.  The stalker deer.  And reportedly, the other night, our canine neighbor, Max had a not-so-pleasant encounter with another character here in our Wild Kingdom.  A mobile pin cushion. Yup. Max met his first porcupine somewhere in the woods between his house and ours.  His getting-to-know-you session resulted in a late night visit to the vet – where he was sedated and the quills were removed.  Lucky guy.  Her highness just yanked mine out with a pair of pliers when I had my encounter.  I’m not sure if she did it because I’m so cooperative, or she’s so foolish….

Anyway, in typical dog fashion, Max reportedly attempted to bolt for the woods the next night too.  People think that’s not a smart move on our part.  We should “know better.”  Honestly- we just want to win. I read an article on-line by a vet that said in his 20 years of practice, he had never seen a dog who learned to leave porcupines alone.  All were repeat offenders.
A friend of my human’s put up a small fenced area within her large fenced yard, to be used at night. Well guess what?  Porcupines can climb fences.  And one met up with one of her dogs one night.  Yup. A trip to the vet. And of course, because the walking pin cushions come out at night, those vet visits usually require the care provided at an emergency clinic. Which means additional medical charges. Go big or go home. It’s our motto.
Porcupines are right up there with ticks in my opinion as unwelcome visitors.  But here’s a question- can porcupines get ticks?
In other news we got to meet our company yesterday.  Well – sort of.  We stayed behind the gate so as not to cause injury to our guests. That would put a real damper on their vacation.   Not all humans necessarily appreciate our “exuberance”. But we did get to see them and they got to see us.  Before Einstein and I ripped the hair clips out of each other’s hair.
Today we are expecting a heat wave.  The humans have some local plans – and we will be QUITE happy lounging on the cool  tile floor downstairs. Away from wildlife.  Which is probably a good thing…
Have a good one.  Peace and paws up.
Seizure free days: 4