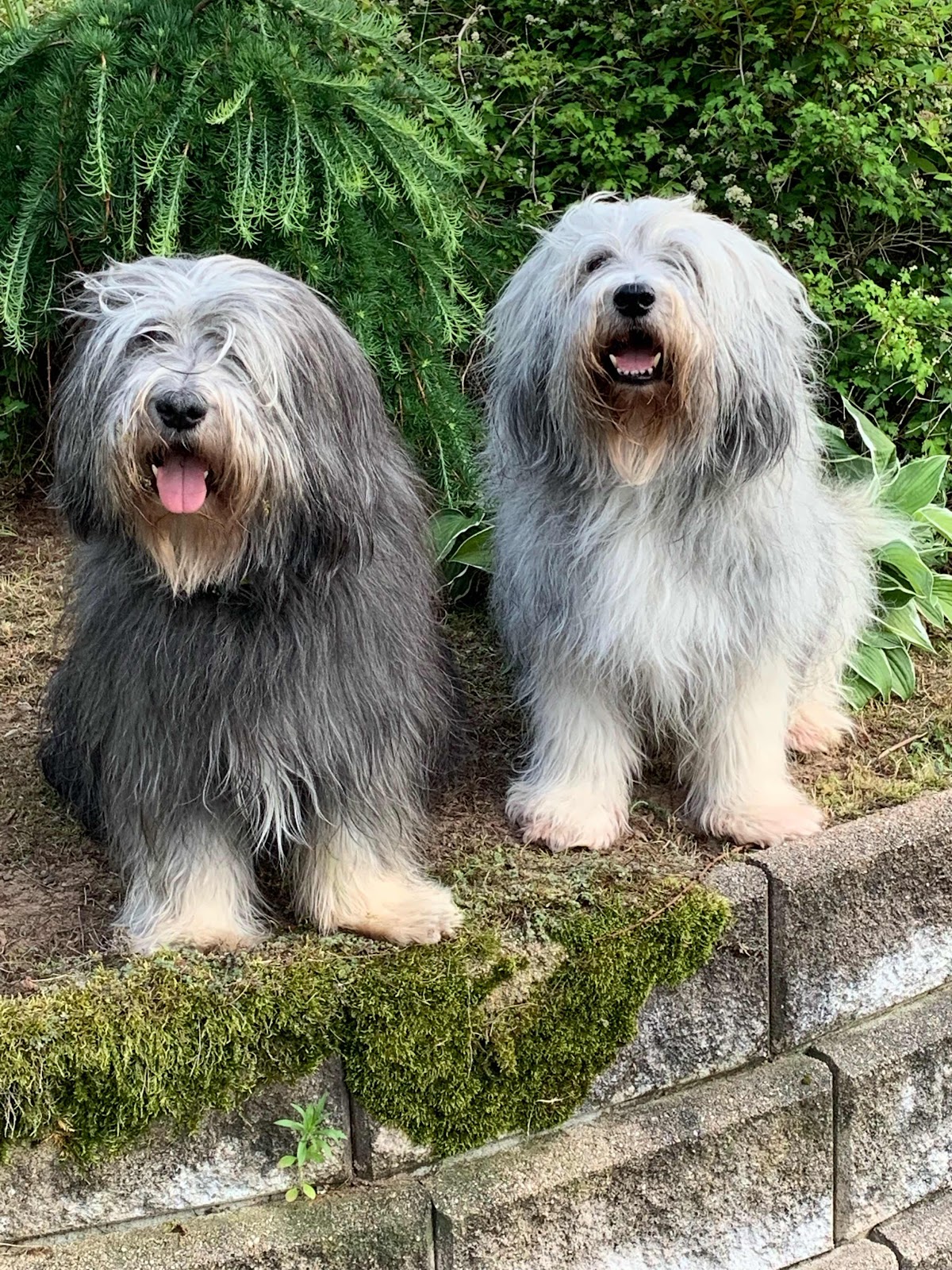 Things have been pretty quiet here after all the medical appointments.  OK. OK.  There was a SMALL incident the other night when my human went to take me and Einstein for a quick pee – and SHE made the mistake of not looking out the front door.  Not one but TWO bunnies were just hanging out, waiting for a game of chase.  Two bunnies.  Two PONs.  But one bunny got off easy because one PON doesn’t like to race through the brush and get all dirty and full of sticks.  The OTHER PON absolutely becomes temporarily DEAF and does NOT respond to calls, shouts or pleading.  No big deal.  I came back after about 25 minutes.  And met the tub and jet engine dryer when I arrived home.

Otherwise, things are quiet.  So I decided to look at what’s new in the dog world.  The first thing that popped up was this video of a dog chasing a bear out of its yard.

It was timely because my human had just been talking to a good old friend in BC, who was telling her how his three dogs are notorious for chasing bears up trees. He’s a huge dog lover, and despite training attempts, they have had to resort to shock collars to stop them when they make the charge at a bear. He hates the idea of it – but after one dog had a swipe on the nose, they realized they had to do something. These are black and cinnamon bears.  Not grizzlies – although they certainly could encounter grizzlies in their area as well.  They spend a LOT of time in the outdoors- so the likelihood of encounters is high.  He feels sorry for the dogs – he hates to use the collars – and he feels sorry for the bears, who generally do not seek out trouble. It’s a real challenge.
There are a number of videos on – line with dog/bear chases. Here are three of my favorites- I have probably posted them before – but it’s interesting to see how size does NOT matter in some cases:
https://www.theguardian.com/us-news/video/2015/oct/05/small-dog-chases-off-two-bears-in-california-video
https://youtu.be/uE6S34cEqJE
https://youtu.be/qFPjnYCi9co
This video shows some guard dogs who keep grizzlies away from a fishing camp.  You might be surprised with the breeds:
https://youtu.be/Mkx1T4ckl0U
And lastly we have this video of Karelian Bear dogs.  Who are trained to keep bears away.  It’s sad when wildlife have their homes invaded by humans – and they start becoming a nuisance.  Unfortunately, sometimes wildlife lose their lives – just because they are hungry, and their own turf has been encroached upon.  One way to keep them from being destroyed is by using dogs to scare them off.  They have cameras attached to the dogs so you can see what it looks like from a dog point to view.  Kind of like when chasing bunnies.  Said the guy with the experience…
https://youtu.be/xoNmfY7vzvA
So that’s it for this episode of Wildlife Adventures with Canines.  I promise not to chase more bunnies. Wait – let’s edit that.  I promise not to chase any bears.  Bunnies are still fair game. And its funny because I’m not exactly sure what I would do if I caught one…
Have a good one.  Peace and paws up.
Seizure free days: 35