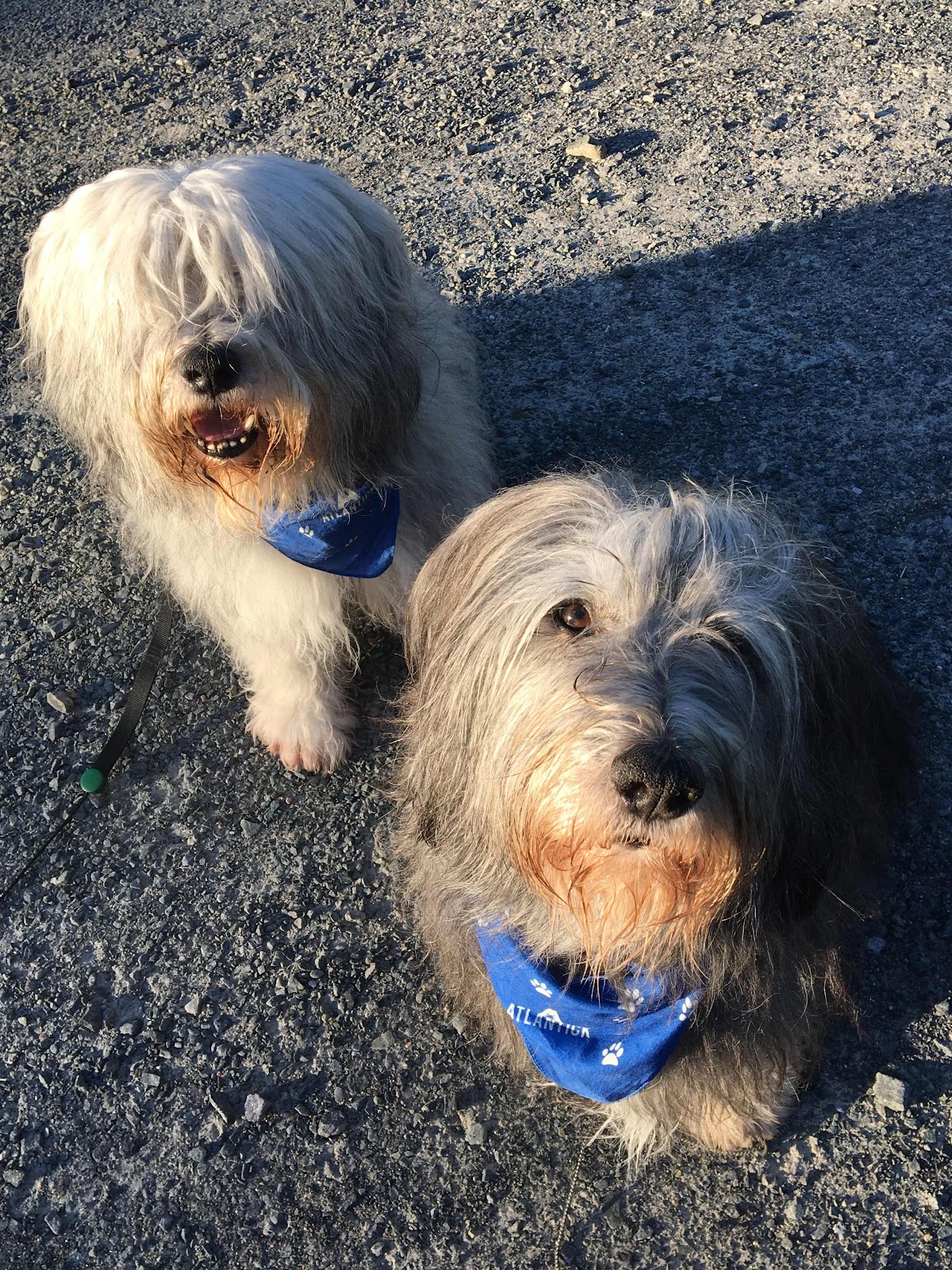 Busted.  Big time…
On Tuesday, two of my human’s best friends, Stephen and Kendrick, came over to help her highness with a few home projects.  There were some boards on the deck that needed some work- including the gate on the deck that leads down the stairs to the lawn.  Those guys have all the power tools that her highness should never be allowed to own – things like power saws. We know how “handy” she is.  Power saws would not be a good idea.
They worked on the deck while we were sequestered in the side yard.  Einstein kept shouting out instructions on how to make the repairs. When they were done, my human helped them load up their truck and off they went.  Thank goodness- I was STARVING because it was supper time. Funny- when my human was working, we would usually not eat until 5:30 or 6:00.  Now I want my supper at 4:00.  Or at least I start asking for it at 4:00.
We had our meal and her highness had hers. After supper, she retired for a few minutes to read something in the DFZ. We were lounging around – and could go out onto the deck through our self designed dog door.  At least Einstein and I could.  And it’s actually a good thing the FG couldn’t…
My human was reading when she suddenly got a text.  It was one of the neighbors- the ones who were owned by Hudson.  My human glanced at the message:
One of your dogs is here.
She picked up her phone and was about to text, “can’t be mine”- as we had, just minutes earlier, all been lounging. But she decided to look.  She did the count.  1. 2….And that’s when she raced to the deck and looked out.  Sure enough- the gate had been left open after their repair work earlier. So yours truly saw it as an opportunity to go on a walk about.
She quickly texted the neighbor:  Coming.
Text back:  In the garage.
My human’s text:  Viktor.  Coming.
She grabbed a leash, shut the deck door and raced over to the neighbor’s.
Mike, the neighbor, explained that he was working on his vehicle and was bent over and when he put his head up- there I was.  I was inspecting his work.  I wasn’t shy or pushy either – just happy to hang out.
My human quickly put me on a leash and apologized for the intrusion.  Mike didn’t mind ONE bit – she didn’t need to worry about it.  What’s the big deal – it’s not like I’m Cujo or something.
She marched me home and took Einstein and the FG for a walk together.  I didn’t mind – I had already been on my walk.
It was at that point that my human was SO relieved that the FG had not yet figured out how to use the dog door. Einstein COULD have joined me – but he’s the “good dog.”  It’s surprising that he didn’t alert her highness that I was gone. I owe him a biscuit.
For those who felt sorry for the FG yesterday with his inability to use the dog door -we (including my human) have demonstrated how to walk through the screen.  And he CAN do it.  He just prefers that my human do it for him.  It’s much more interesting. Like I always say, who’s training who…
Have a good one.  Peace and paws up.
Seizure free days: 19