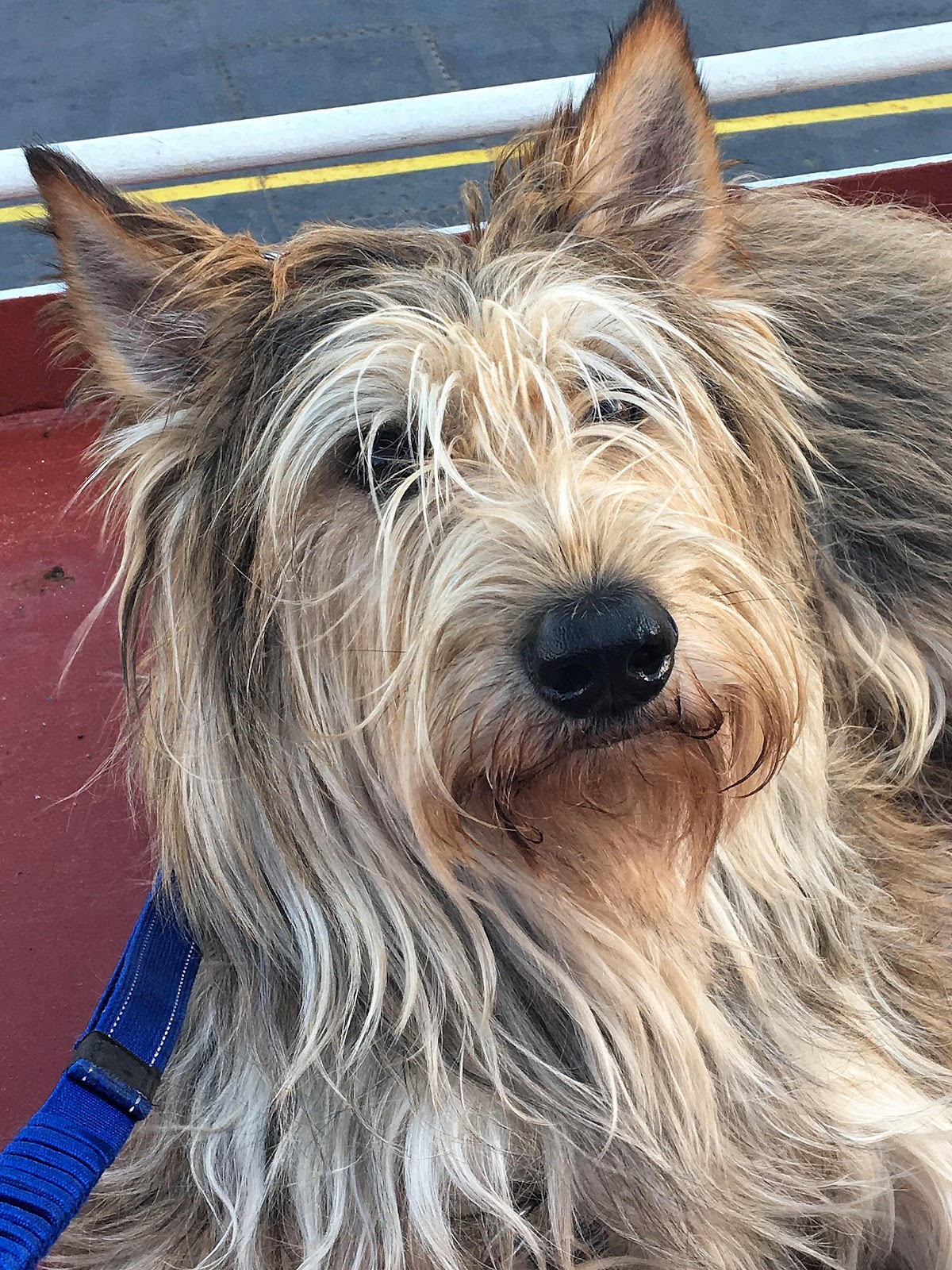 Well they were on their way at 5AM yesterday morning.  The FG didn’t want his breakfast- he was too excited. We ate our breakfast and would have been happy to eat his. We got extra treats before they hit the road.

They drove for about 9 hours – through three provinces – Nova Scotia, New Brunswick and a good part of Quebec.  And of course they had to stop at important landmarks along the way.  Like the Potato World Museum – where they were thinking that they might see the World’s Largest Potato.  There was no big potato.  It must be in PEI.  But that town also happens to be the French Fry Capital of the World. So here’s the FG with big French fries. Nice. 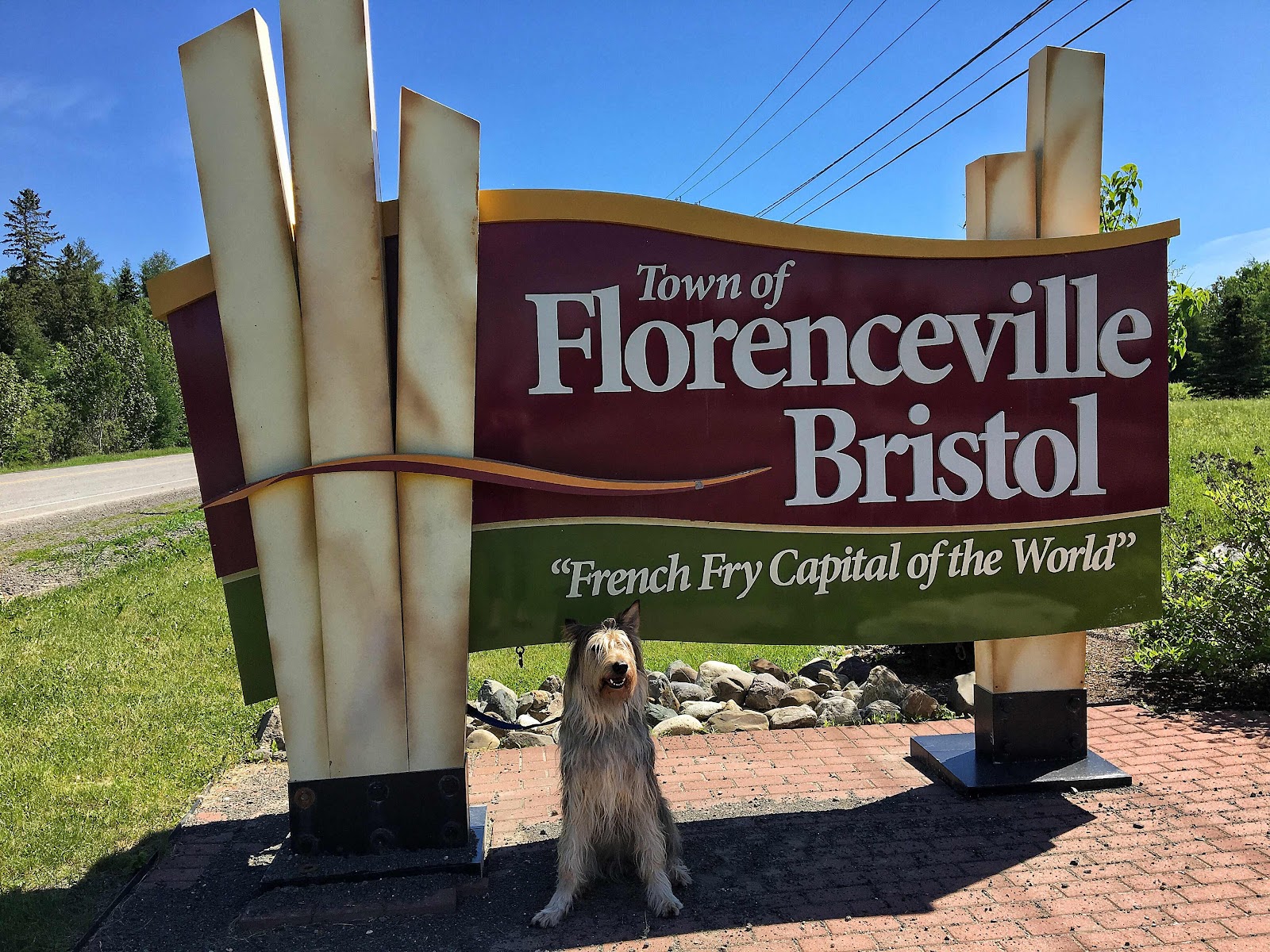 He took photos with other big things – like a moose and an ice cream cone.  Neither were real – in case you were wondering. 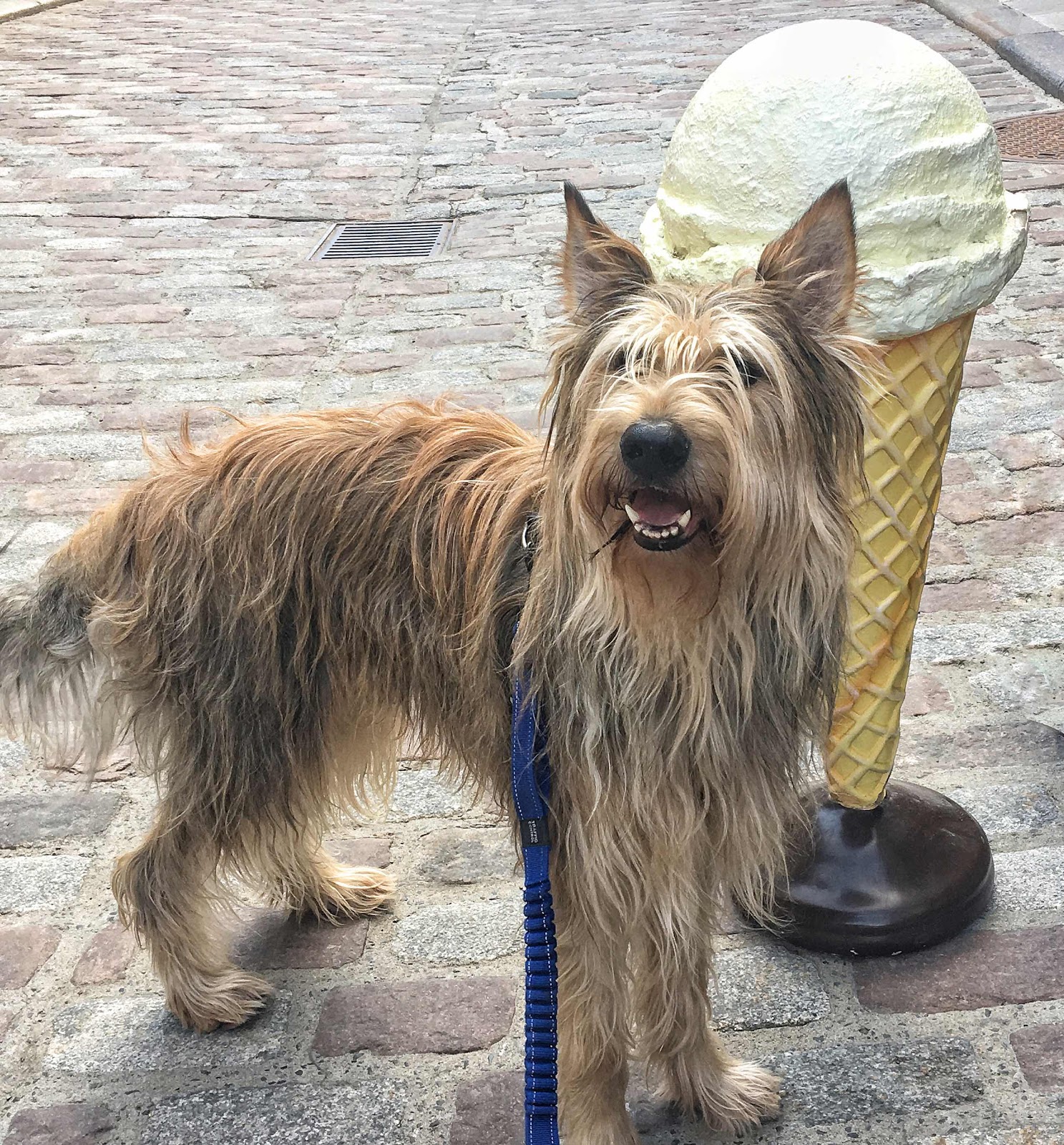 Then he got to go on a ferry ride to Quebec City. He reportedly was a good sailor. 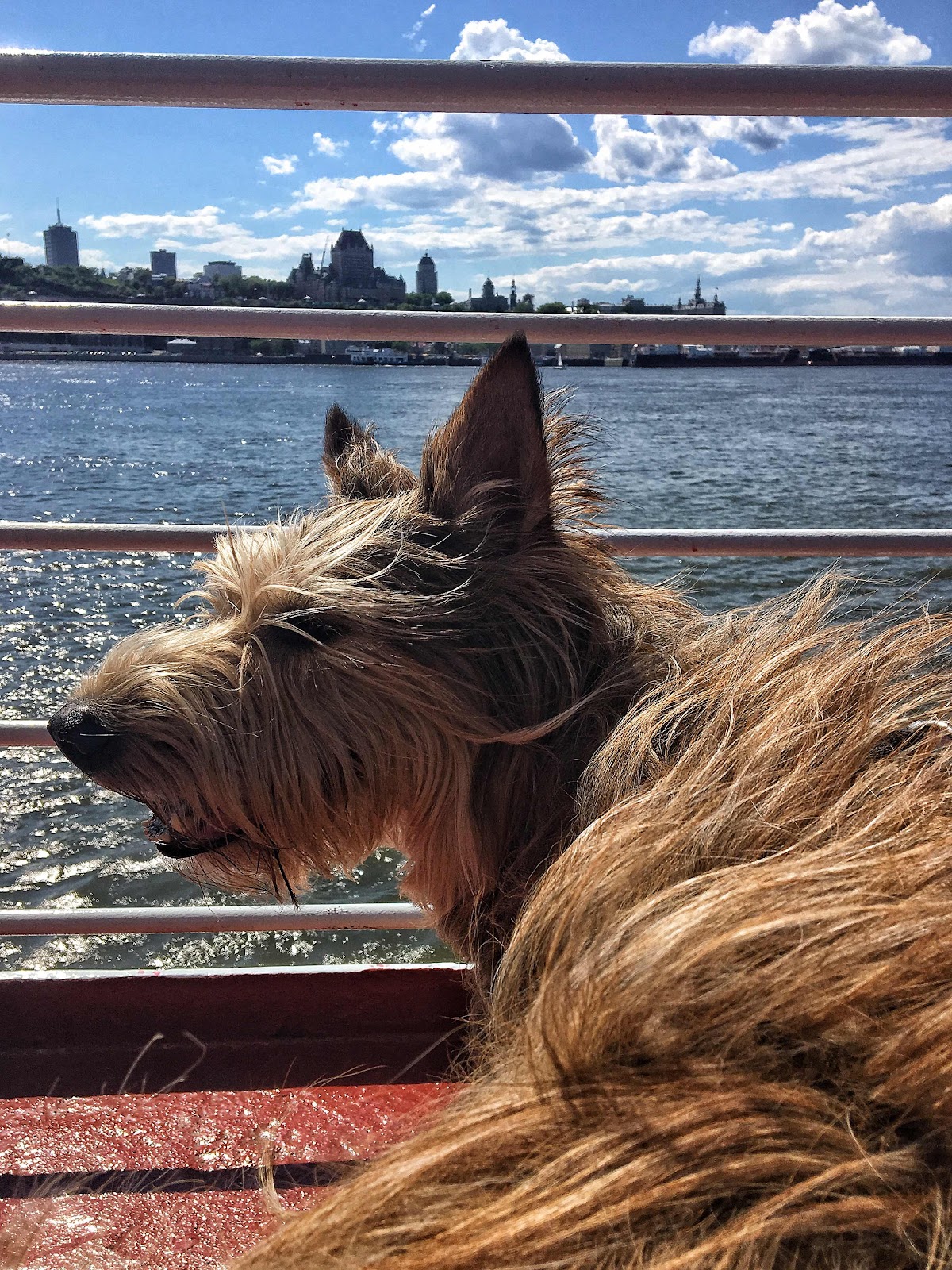 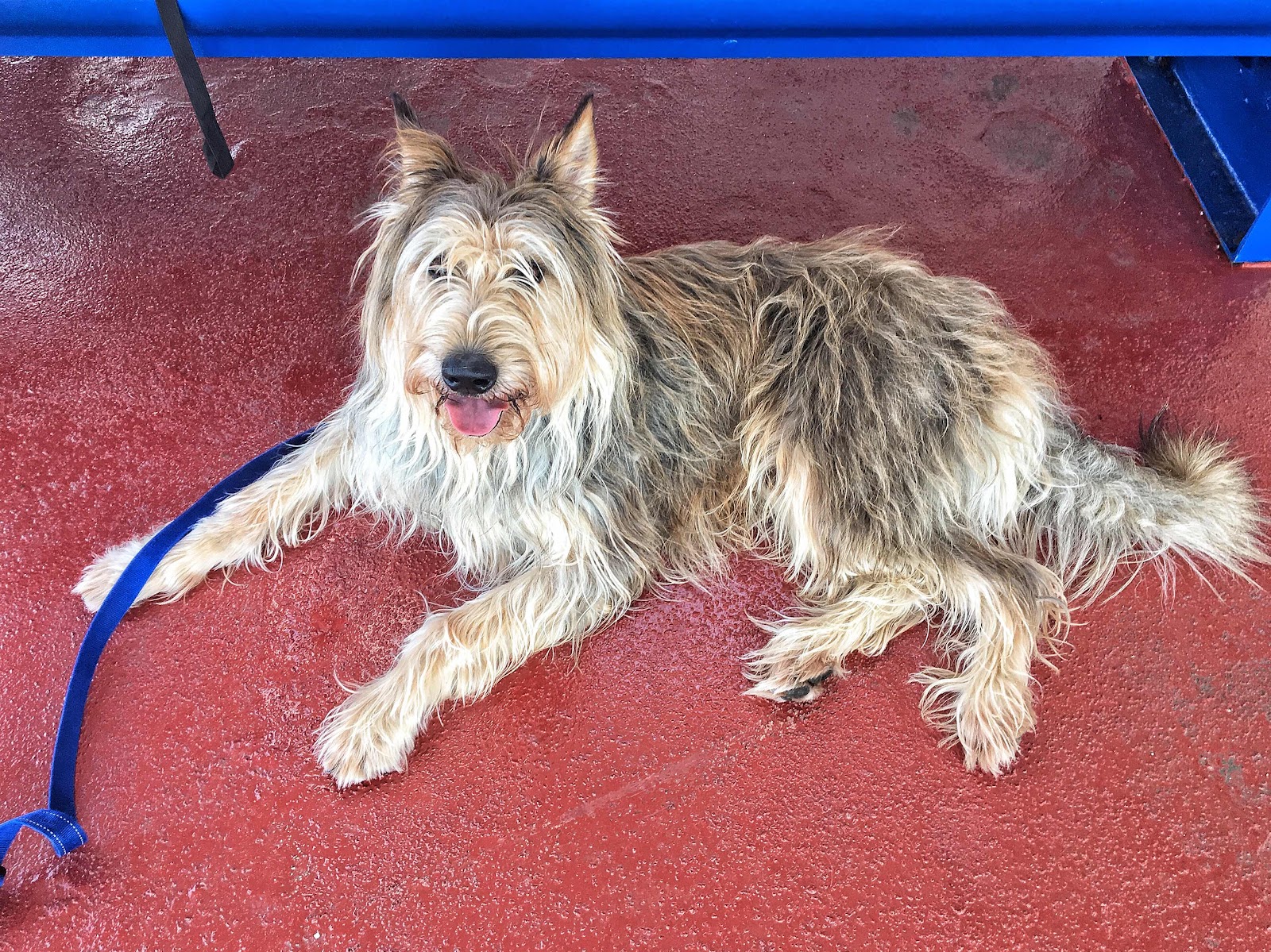 In Quebec City he posed with doors and stood in front of historic buildings. 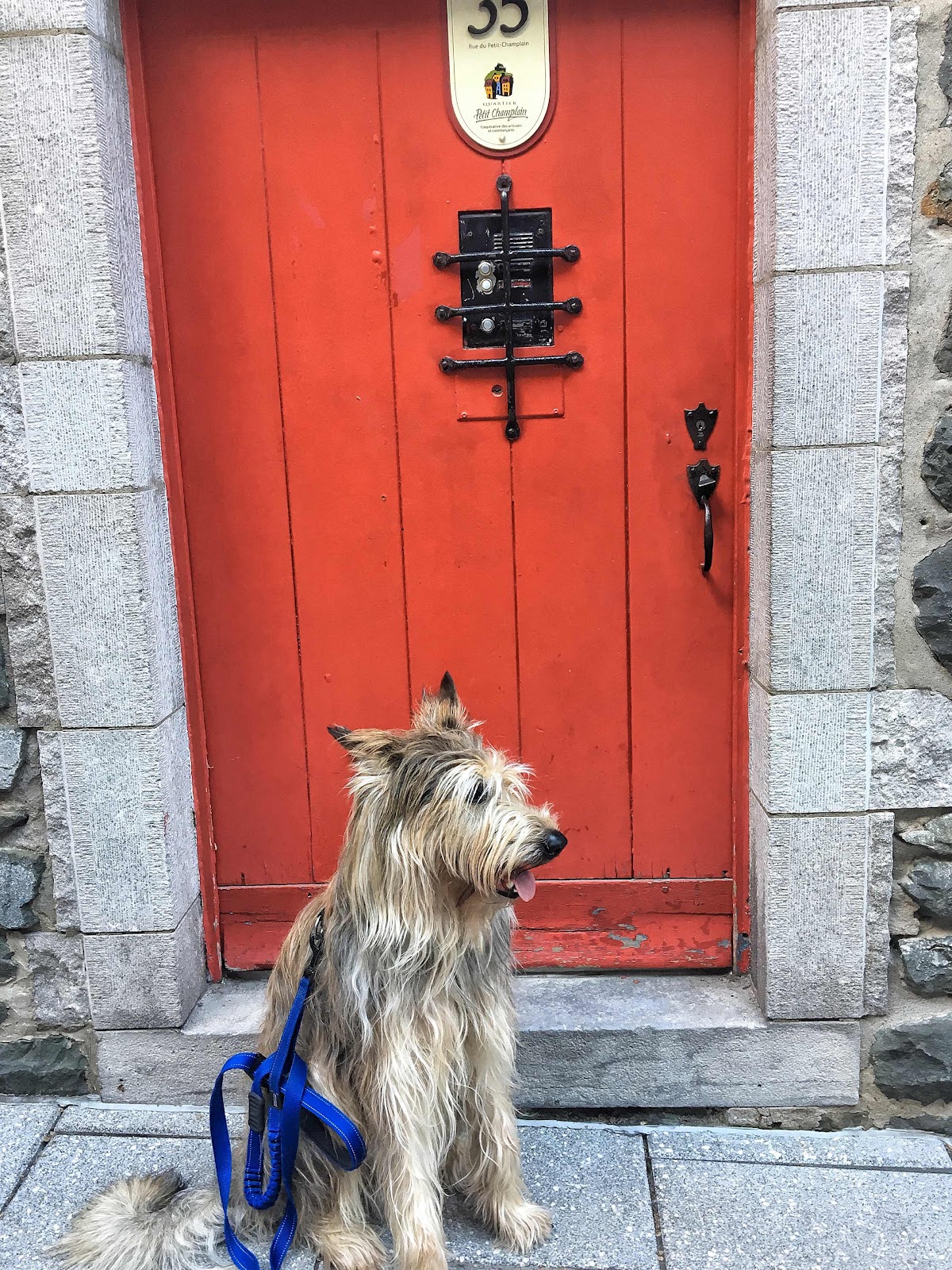 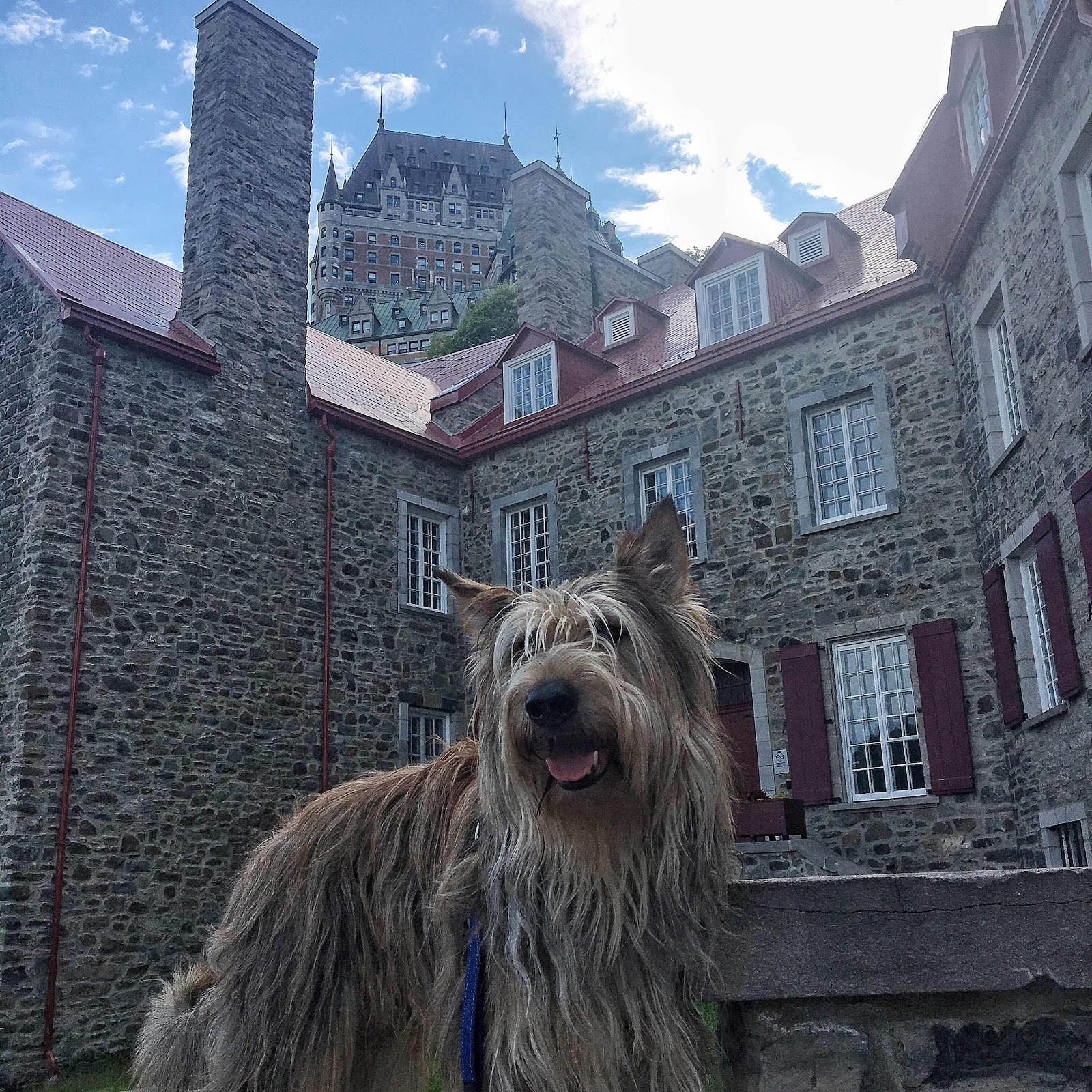 Her highness took the door photo and then a man asked if he could take a photo of the FG too.  With his wife.  It got to the point that my human could have made some money charging people to take photos with the FG.  At one point my human went in a store while Glenda stayed outside with the FG.  My human looked out the store window – and couldn’t see the FG- he was surrounded by kids.
They ate at an outdoor cafe and the FG just laid by the table.  My human couldn’t believe it was the same dog as the one who runs like a banshee if he escapes through the front door.  He was SO well behaved.
Here he is in the hotel. 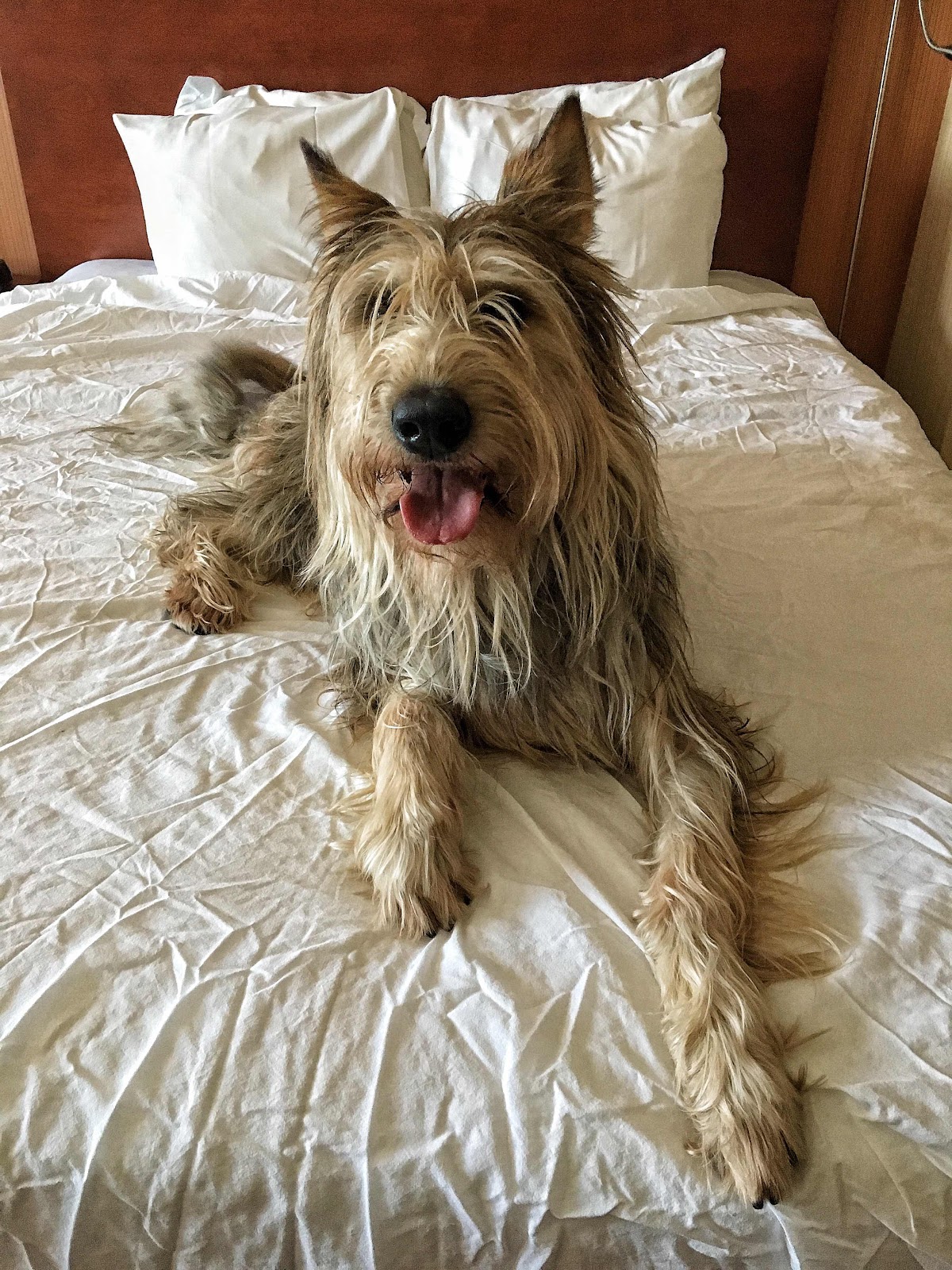 The sheet is wrinkled because my human always takes sheets to cover the bedding.  Mind you – the hotel actually provided him with his own bed, bowls, poop bags and even biscuits.  Was he lucky or what?! 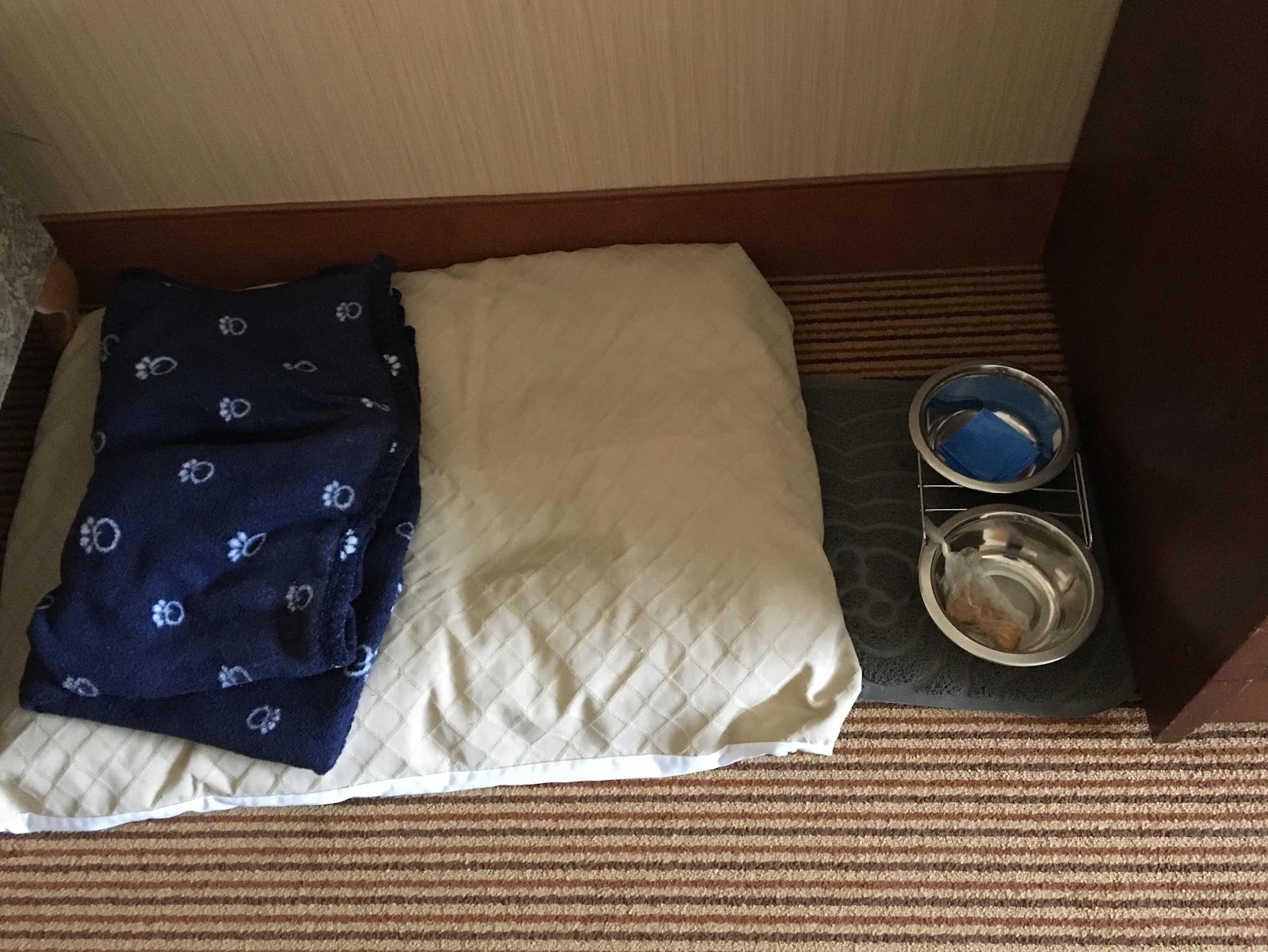 Today they will be on the road early to meet the FG’s breeder.  I wonder how that reunion will go.
Meanwhile we have been behaving brilliantly. There was an episode with a June Bug… but we all survived! We love Char!
Have a good one. Peace and paws up.
Seizure free days: 11