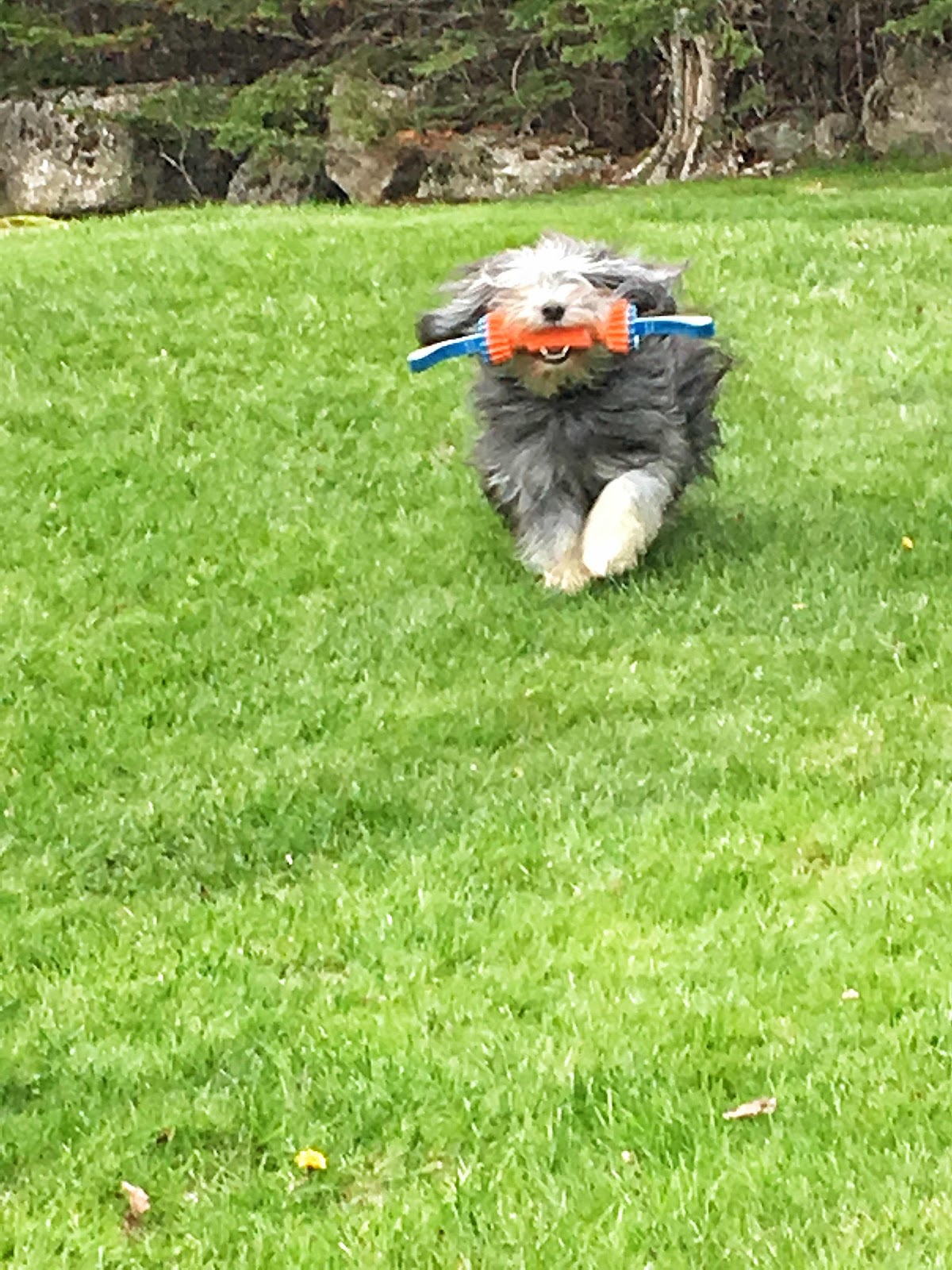 So I’m not really a sports kinda guy.  I mean if they could make fetching a competitive sport, I’d be into that, but otherwise I’m not much into sports -at least not human sports.

But I do have to make a shout out this week because there was a big event in human sports – and a Canadian team won.  It was in basketball.  And as I understand it, it was a really big deal.  Because although the sport of basketball actually originated in Canada, no Canadian team has ever won the National Championship.  Until this year.  When the team from Toronto, the Raptors won the big ball.
Humans across Canada went crazy.  I mean really crazy.  The team logo- We The North – was shouted, displayed and shared everywhere.  It evoked a sense of national spirit – even in non-basketball fans like me!
So to mark this basketball moment – I found some canines shooting hoops.  Here’s a variety of dogs using canine sized balls and hoops:
https://youtu.be/iuyuefXtb0I
Pretty cool.  But then, of course, we have a Border Collie playing with human sized equipment:
https://youtu.be/FE-iEVK_Yf0
Seriously.  Is there ANYTHING those Border Collies can’t do?!
Anyway, cheers to the Raptors and all their crazy fans.  Humans are so interesting…
Meanwhile, yours truly found himself in the doghouse last night.  Well, I ended up IN the doghouse because I was OUT of the house.  Tune in tomorrow to see why I ended up getting a BATH late last night…
Have a good one.  Peace and paws up.
Seizure free days: 8