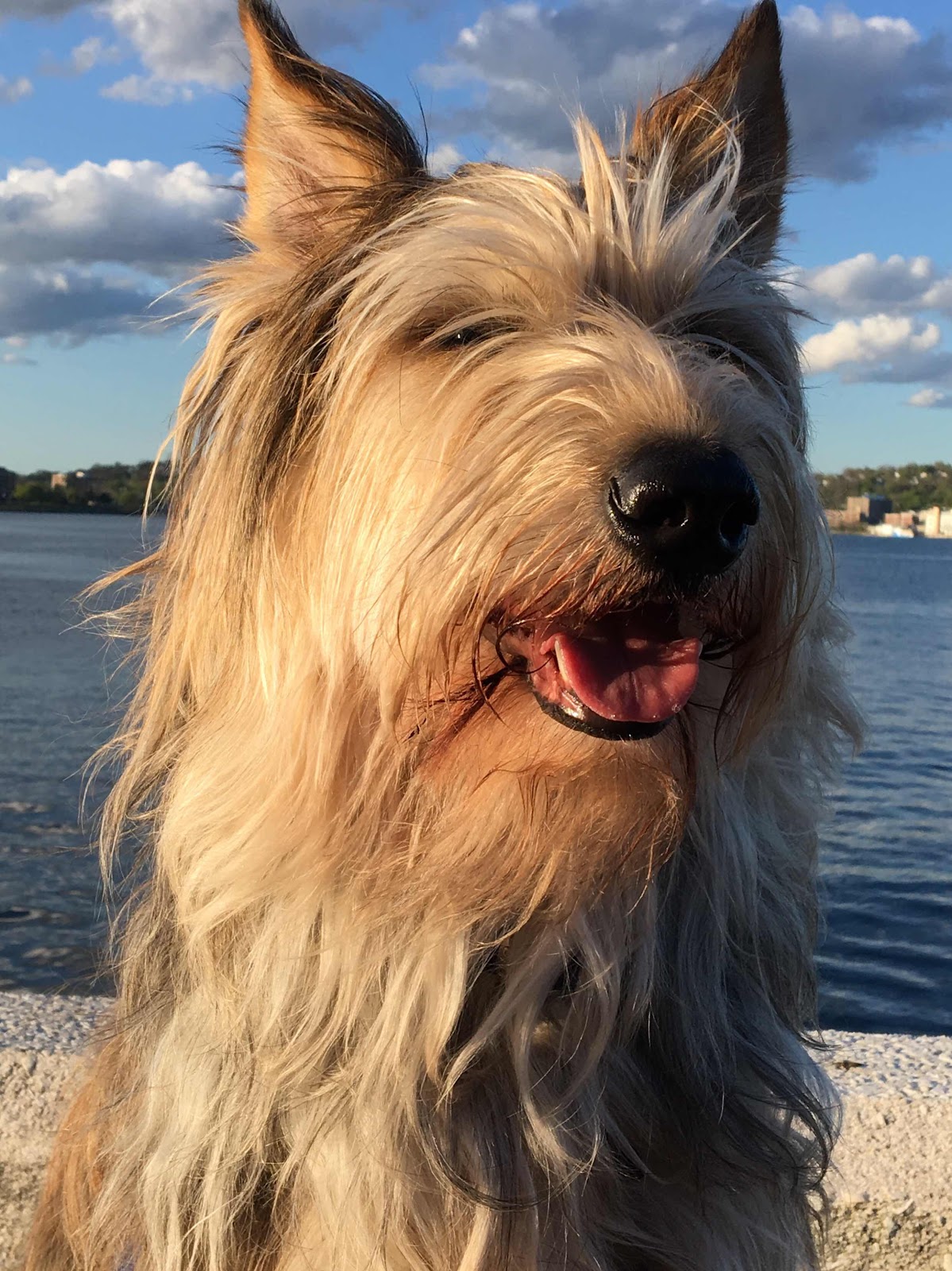 June 9.  And today is the birthday of the famous television and movie actor, comedian and producer- Michael J. Fox.  He also happens to have Canadian roots!  But besides his notable professional career- he is also known for the work he has done through the Micheal J Fox Foundation – in finding a cure for Parkinson’s Disease – a condition that Michael himself was diagnosed with when he was just 29 years old.  To date, his foundation has raised over 800 million dollars for funded research in this challenging neurological disease.

So what’s the link to dogs and Parkinson’s disease you may wonder?  Well there are three…
1.  Recent research has been investigating whether our supersonic canine noses can help in the early detection of the disease. With early detection, individuals can possibly have an early diagnosis and can receive early treatment.  Yup our noses are good for more than just olfactory art.
2.  We canines can be Service Dogs for individuals with Parkinson’s Disease.  We can help with everyday tasks for the disease which can affect movement and mobility .  You may recall that former President George W Bush had a form of Parkinson’s Disease – and he had a Service Dog named Sully.
3.  Did you know that dogs can get Parkinson’s Disease?  I didn’t.  But in researching this topic I found that we can.  While in humans, Parkinson’s is USUALLY seen in the elderly (but clearly not ALWAYS- as in the case of Michael J Fox), but in  dogs it is usually seen in younger animals.  The degenerative condition results in tremors and difficulty with mobility.  Medications can treat the symptoms- but as with humans, it is not yet curable.
So there you have our medical moment.  Michael J Fox has done so much to raise awareness about the condition- and has been willing to be a spokesperson- despite the challenges that the disease (and the medications) have on his ability to communicate.  We commend him for his efforts and wish him a Happy Birthday- and the hope for a cure in his lifetime.
Have a good one.  Peace and paws up.
Seizure free days: 1