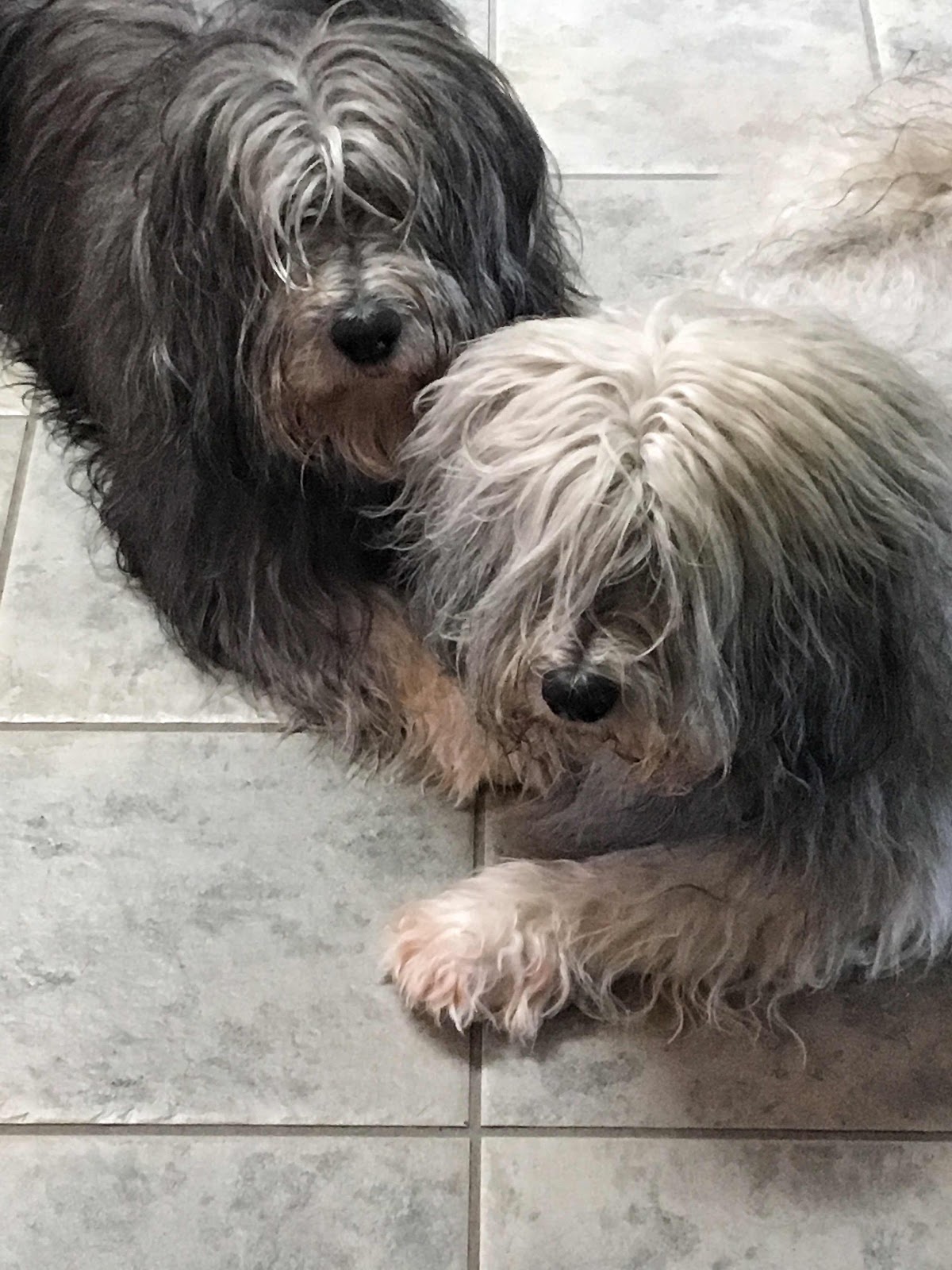 Jeepers I hate to share this news…I had another seizure.

My human kept thinking that once she finished with work, we would get my seizures under control.  Well I guess we have more work to do.
But you know something- she had a “feeling” I was “off” yesterday.  You see when her highness gets up in the morning, I am ALWAYS the first one to jump up.  I’m usually the one to GET her up.  But yesterday it took me 3 seconds to get up.  The difference would be totally unnoticeable to anyone.  But SHE noticed.  I went on my walk, and instead of being in the lead ( because my leash is longer than Einstein’s), I was trotting right alongside him.  Again- no one would notice.  But her highness did.
She had to go out to run some errands and other than those two TINY signs, I seemed  like myself. So she gave us our treats and off she went.
She was gone 3.5 hours. And when she came home, someone had knocked down the gate to downstairs.  And peed down there.
Sure enough- she checked the video footage for confirmation.
I have an appointment at my vet on Tuesday to get my blood taken and to check my medication levels.  Since her highness was off this week, she did lower one of my pills by a tiny amount.  We had RAISED it back in the beginning of April – with the idea that it would be lowered when she was done with work.  Guess we have to re-evaluate.
The other thing her highness will do in the future is to trust her gut.  If she has a “feeling” not matter how tiny and insignificant the signs, she will give me extra medication to possibly ward off a seizure.  You humans KNOW us SO well.  That’s why you become poop obsess-aholics.  You’re always watching EVERYTHING we do.
We know that dogs pick up on human stress, but since her highness has been off work, she is NOT stressed. So we won’t blame this seizure on stress !  In fact Tuesday was a rainy day, so we relaxed all day – and even had several rounds of “find Lambchop.”  We all had a GREAT time – although by the time it was the FG’s turn, Lambchop was rather soggy. He didn’t care, though.
Paws crossed we get better control.  I’m optimistic.  But then, we dogs always are.
Have a good one.  Peace and paws up.
Seizure free days: 0