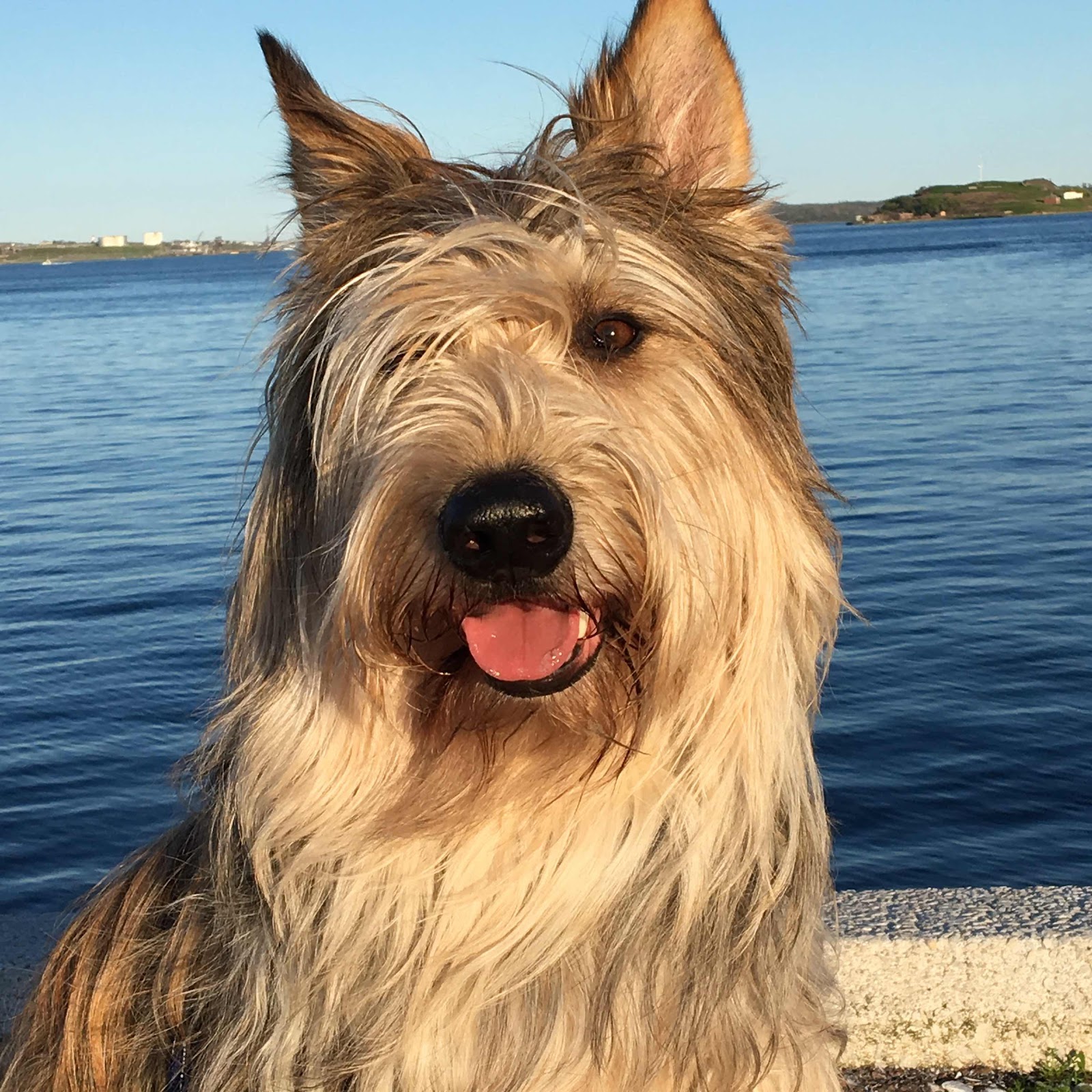 After her highness and the FG had their abbreviated golf course walk on Tuesday, her highness decided she would make it up to him that evening.  So she loaded him in Ludwig, threw us a pile of kibble and off they headed to the boardwalk downtown.
She always tries to park in the same area because there is a patch of grass there, and she KNOWS Mr Predict-a-poop will go before they hit the boardwalk. Sure enough- within 39 seconds of disembarking from Ludwig, he delivered.  She scooped and they were on their way.
The boardwalk is reportedly about 4 km long (2.5 miles for my American friends).  It was a beautiful night – so the place was busy – lots of people eating at outdoor cafes; lots of people walking, jogging; lots of bicycles and baby carriages; kids running everywhere; street performers- in other words a very active place.  And the FG behaved perfectly.  He didn’t jump on anyone nor steal anyone’s ice cream.  He ignored other dogs – unless THEY jumped in his face- and even then, he was able to “leave it.”  He was a good ambassador for well-behaved dogs.  They trotted along through the crowds and had a great time.
When they reached the end of the boardwalk, they sat for a bit and watched the boats in the harbor.  It was lovely.  And then they headed back to the car.
All was going perfectly.  They took a bit of a detour at one point to bypass some crowds. And they were keeping a good pace.  The sun was shining.  The ocean was calm.  When suddenly, just outside the windows of a restaurant, the FG suddenly halted.  And nature called.  Right there on the boardwalk.
OK. I won’t be graphic but let’s do a little story for comparison.  You’re walking along the boardwalk, eating some French fries. When suddenly – you trip and a few fries go flying.  No big deal.  You just pick up the fries.
Later you decide to get an ice cream.  Soft serve.  And you are loving every lick of your extra large cone, when someone bumps into you and your cone hits the boardwalk – in several places.
The clean up, when you are only outfitted with Dollar Store poop bags – and no tissues or napkins is….not so easy.  You try your best and then slink away -praying for a sudden downpour.  Which luckily it did.  The next day.
When nature called, the FG just looked sheepishly at her highness.  Like I said, when ya gotta go,  ya gotta go!  Next time, her highness will be armed with a pocket full of baby wipes.  Now THAT would be photo worthy!
I just wonder what those people in the restaurant were saying….Let’s hope they were owned by canines too…
Have a good one. Peace and paws up.
Seizure free days: 9