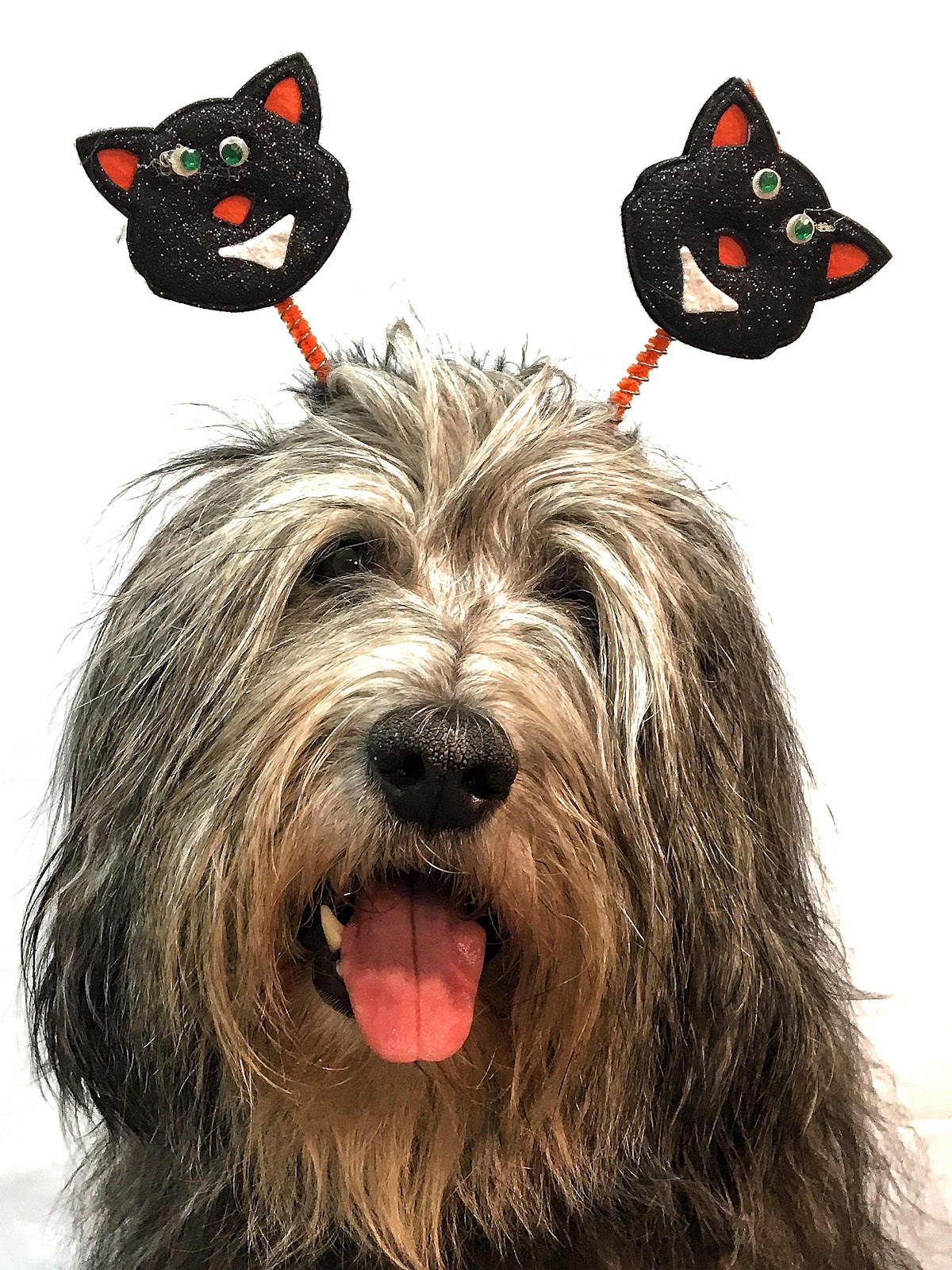 Everybody in our neighborhood (which basically includes a single road), knows that we are crazy. Whether it’s the distant incessant barking of Einstein from our yard, the repetitive shouting of one of our names when we have gone on the lam, the sounds of Cujo as he approaches neighbors on the road (even though he IS friendly) or the witnessing of an unexpected bunny chase through a neighbor’s yard – they know we are crazy.  And it appears we are in good company.

As you may recall, a week or two ago, there were “signs” that a bear was in our neighborhood.  It seems that it is becoming a spring ritual.  The annual knocking over of green compost bins and the shredding of regular garbage in the hopes that someone did not recycle.  We had our huge compost bin knocked over and found it when we awoke one morning – with banana peels and dog hair (from the vacuum) spread in a lovely display on the driveway.
One of our neighbors had a strong pole – which held a bird feeder, bent like a blade of grass.  They posted the photo on Facebook – warning others that we had a large, HEAVY intruder in our midst. They thought it unlikely that it was a porcupine – because although they DO climb things, it was unlikely that a porcupine would have bent the pole.
To identify the intruder, the neighbor installed a “trail camera” – one of those outdooor cameras that can capture images of wildlife – and can be triggered by motion.  Here is a cool video of a tree in Italy, that was filmed for a year with one of these cameras:
https://video.nationalgeographic.com/video/news/0000015d-1e59-d1cb-a7fd-deddf08b0002
If you want to watch wildlife all day – all around the world, you can get a free app called explore.org.  My human was surprised at how many places you could view animals.  It says “Live” but she wondered if some were recorded.  Anyway, there is everything you can imagine – from Service Dog puppies to tigers in a sanctuary.
Anyway, back to our neighborhood wildlife.  Our neighbors installed one of those cameras.   They set it up in a good location – near the bird feeder to see if they could “capture” on film, the mysterious intruder.
And capture they did.   It was morning, and they hadn’t reviewed the footage for a day or two.  They sat down to review the images.  What they saw nearly made them spit out their morning coffee.  Before I continue – no – it wasn’t one of us.   For a change, we can’t be blamed.  The neighbors were SHOCKED to see the following image on the film….”.
Get ready.  Its’s pretty shocking.
Here it comes…..
Here it is….. 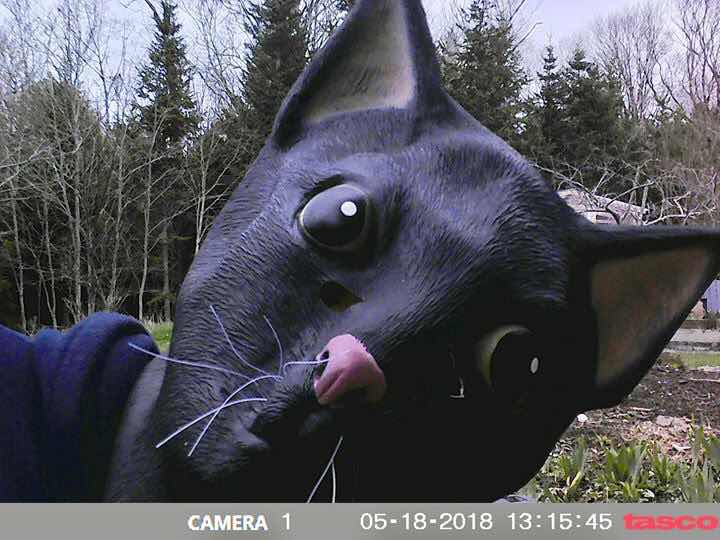 Spooooooooooky.
It seems one of our OTHER neighbors on the road decided that he couldn’t pass up this opportunity when he heard about the trail cam.  The identity of the cat burglar was a mystery for about a week but was finally solved at a neighborhood get together last weekend.  As I recall, the neighbor who owns the camera used words like “Game on.”  I don’t think he is talking about fetch.
I’m not sure what we would have done had we seen the neighbor with that attire.  Wonder if he got it at the Dollar Store….
Anyway – with trail cam still set up…remind me not to poop in their garden – at least not in view of the camera….
Yup.  We are crazy – but it appears we are in very good company!
Have a good one!  Peace and paws up!
Seizure free days: 4

One thought on “The cat burglar”