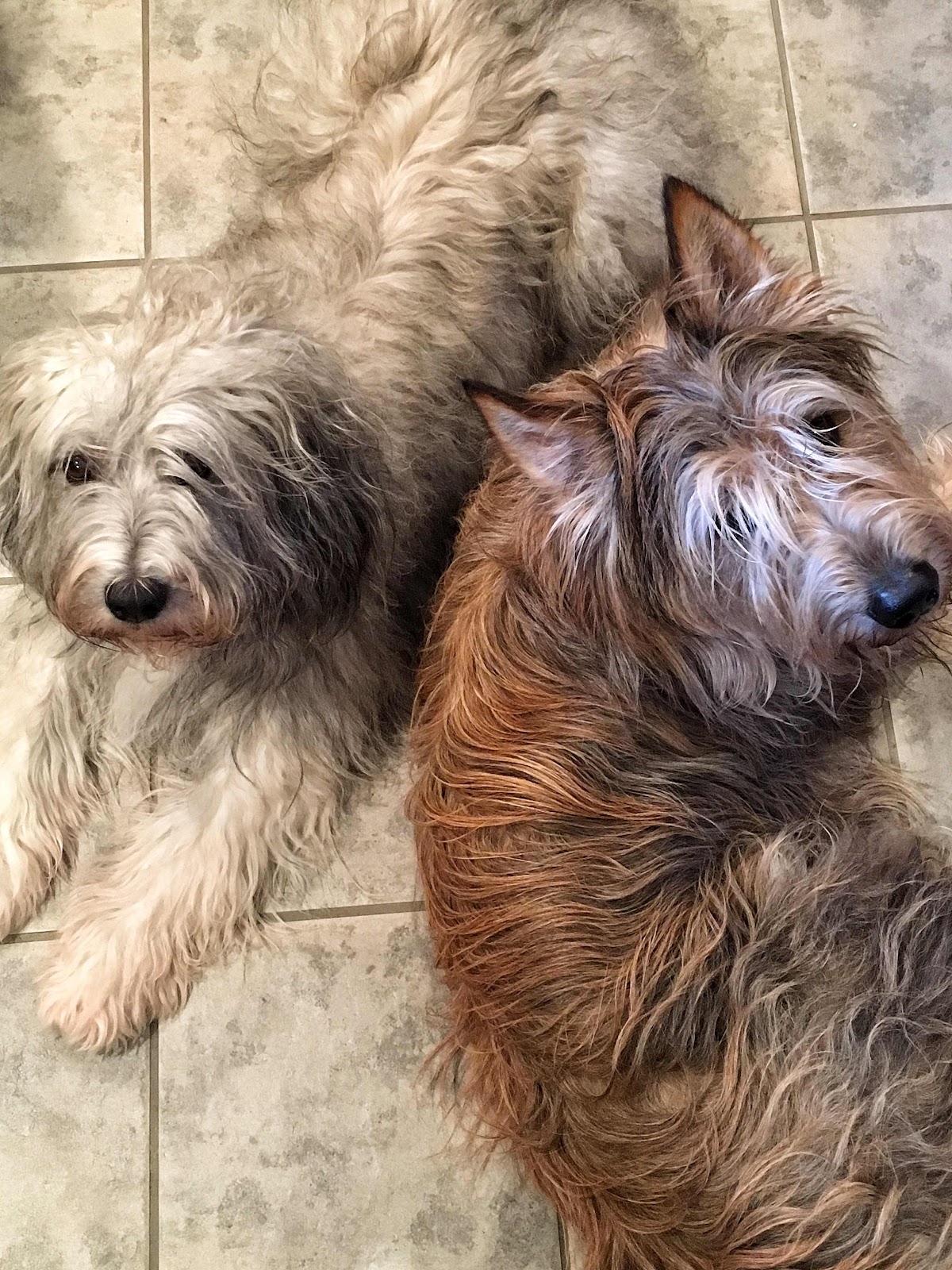 My human and Einstein have this ongoing battle. I call it the bark off.  He barks at her. And she barks at him.  Well – her “barking” consists of “Enough.  Frodo STOP.  Frodo QUIET.  ENOUGH.”  He looks right at her and barks right back.

But lest you think he doesn’t understand her, she tried a couple of little experiments this week.
While she goes into the garage to get our food, Einstein stands at the closed door, urging her to “Hurry up.”  If she throws open the door, he stops.  So this week while he was shouting out orders- instead of saying any of the things listed above, she said in a calm voice (from inside the garage) “Ok Frodo.  ONE more bark and I am NOT coming out.  You know there is a door in here.  I will either leave or stay in here the rest of the day.”  Like she REALLY would. Anyway, dead silence.  He just stood and stared at the closed door.  HE UNDERSTOOD her.  And he wasn’t taking any chances.  Now as soon as she opened the door, he told her “hurry up,”. But while she was getting our bowls prepared, it was silence. For several minutes.
The next day, after she emerged with our bowls, she took them to the counter to put in one of my medications.  He started up his loud instructions.  She said “One more bark.  Just ONE more.  And no breakfast for you. I MEAN it.”   Dead silence.  DEAD silence.  You really have no idea how remarkable that is.
He CLEARLY understands the concept of “one more bark.”  He also knows the line “I’m getting the gun.”  Now before anyone reports her to the police or animal control, it’s a SQUIRT gun. Just lifting it up stops any barking.  You know Einstein and me when it comes to water.
He’s a pretty smart guy.  He CLEARLY understands what she is saying – I’m not sure why she was surprised with the results of these experiments.  When it comes to food, we PONs listen.  We dogs listen to EVERYTHING you say and ask.  But how we choose to respond – well that’s another story.
I should also note that we understand and employ the method of intermittent reinforcement.  We do something, and you humans THINK you have trained us.  You THINK that by talking to us, we will behave a certain way.  And sure- we do it for a bit- just to reinforce you.  But trust me – we ARE in control.  We are in TOTAL control.  Don’t ever forget that….I can’t WAIT to see what we train her to do next!
Have a good one. Peace and paws up.
Seizure free days: 13