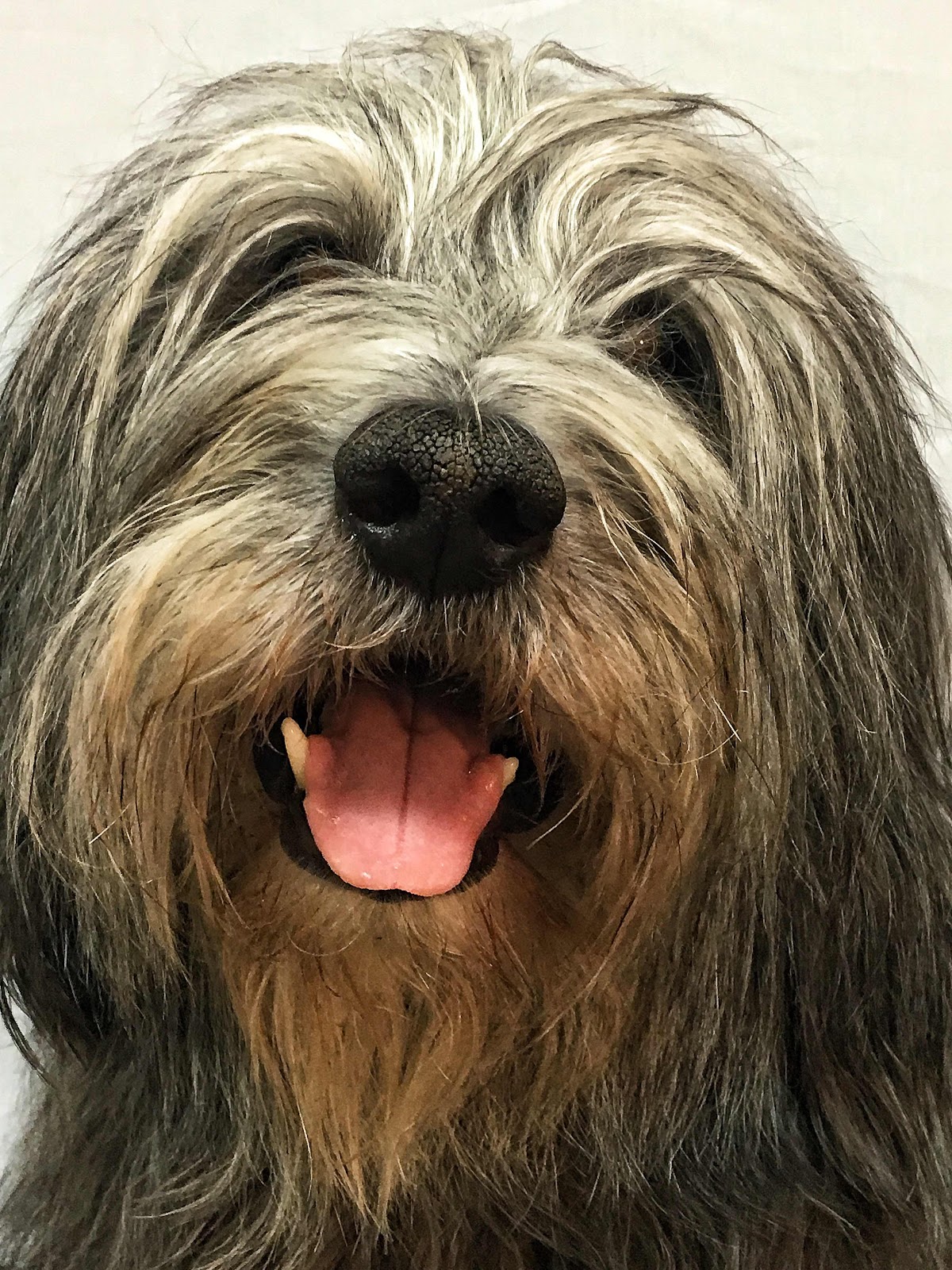 The other morning, after getting my human out of bed, as we PONs raced into the kitchen we suddenly halted in front of the gate into the DFZ.  For those who may be new to my blog, the DFZ – or Dog Free Zone, is the ONLY area in the house where we canines do not have free access.  That and the laundry room – which contains the garbage can which often contains dryer lint.  Because we KNOW about my appetite for dryer lint.  Anyway, the DFZ, which contains a bunch of “stuff” that my human would prefer NOT to have destroyed, is blocked by a custom designed black aluminum gate.  It has proven to hold up just great – and even PON-dini (Einstein) has not been able to breach the secure entrance.

As we were running past the gate – we suddenly put on the brakes and started barking into the DFZ.  It was 4:35 AM – so it was still dark outside – and we pushed our noses through the bars in the gate and started sniffing.  My human flipped on the lights in the DFZ, with fear that maybe a mouse had run by.  We haven’t had a mouse all winter – but she couldn’t think what else it could be. Surely a squirrel had not gotten into the house – we would have heard that, right?  She looked around and saw no traces of an intruder – and then remembered that the window in the DFZ was open.  We must have been sniffing something which had enough scent to come through the window.  Right about the then, the FG wandered in from the bedroom.  He sauntered past us, not paying attention to our interest in the DFZ, and walked into the dining room.  At which point, HE suddenly woke up and jumped up on the door to the deck, barking.  OK – clearly there was SOMETHING in the backyard.  My human flipped on the outdoor lights – but couldn’t see anything.  Besides, our place is surrounded by woods – so anything that MIGHT have been out there could have taken off in the woods.

When we went out for our walks, Einstein wanted VERY much to go in the backyard.  My human dragged him up the driveway to the road, wearing her trusty headlamp with new batteries.  She was glad she could see more than a foot in front of her.  That will last for all of a week.  She made noise to scare off any intruder – and wondered if it had been the porcupine in the backyard.     We marched along and spotted no creatures on our walk, and neither did the FG.

A day later, one of our neighbors posted a photo of a thick metal post in their yard that holds a bird feeder.  It had been bent like a blade of grass.  Another neighbor had their green bin raided and dragged several feet.  Which pointed to one thing.  Pooh is back.  It was almost a year to the day that we spotted that big black bear in our yard at sunset.

Sure enough – the next day, another neighbor actually spotted him.  We will be sure to make extra noise on our morning walks.  Not that we don’t ALREADY make our presence known.

And speaking of bear news – did you hear about the dog in Northern Ontario who is taking bribes from a bear?  It seems that the bear “offers the dog deer bones” to keep him from barking, while the bear destroys the garbage.  It has reportedly happened three times.  Here’s the story:
https://www.wthr.com/article/bear-bribes-guard-dog-deer-bones-get-familys-trash

I’m just putting that out there  to any bears that might be reading this – because I want to mention that I CAN be bribed… Just sayin’.

Have a good one. Peace and paws up.
Seizure free days: 2