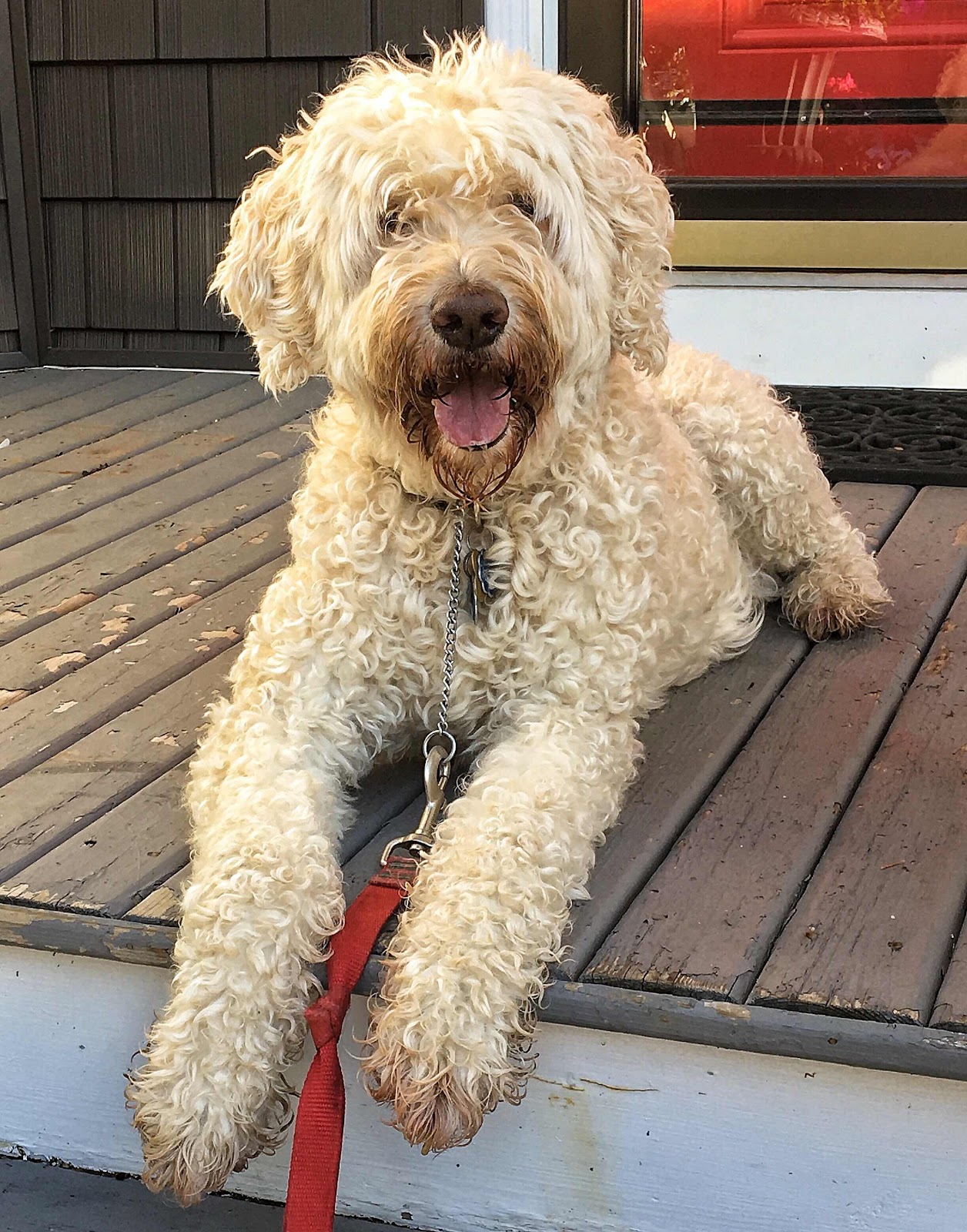 Yesterday was a sad day.  A very sad day.  My human’s sister’s dog, Dorey has gone to the Rainbow Bridge….

Dorey was the very first dog that my human’s sister has been owned by in her adult life.  She wasn’t planning on getting a canine companion.  But sometimes the stars align – and we dogs know just the right time to enter your lives.

Dorey was actually owned by a colleague of my human – when she was a tiny puppy.  Dorey was adopted by her new family at just 5 weeks old.  Yes.  Five weeks old.

The family had never owned a puppy before.  And when they acquired the piranha-like ball of fluff Golden Doodle, they were a bit overwhelmed with the newcomer.  They tried to train her – and reached out for help to several people.  But unfortunately, within a few weeks, they made the decision that a puppy was not right for them.  So they contacted my human to see if she knew anyone who might be interested in the wild little thing.  My human mentioned it to her sister – and the rest is history.  That was over 13 years ago.

If there is such a thing as a typical Doodle – Dorey was it.  She was wild and quite a handleful in her early years.  She also had a coat that required numerous trips to the groomers over the years.  It pretty much matted if you looked at it,

But over the years, she calmed down and became the perfect companion.  She was very smart.  And easily trainable.  She loved her toys – and was not destructive with stuffed toys like we are.  She adored going for a walk to the local playground, where she was content to just sit and watch the kids.

She also liked to entertain. She loved to bark on cue to the duet she had with my human’s sister during their rendition of  “How much is that doggie in the window?”  As I said, she was easily trainable.

She visited our home in her early years – before any of us were even born.  Unfortunately, she did not exactly have a great recall in those days-  and a couple of instances of non-stop running in circles with my sister’s human trying to catch her, put a stop to subsequent visits to our wilds in the country.

She was a dog who didn’t mind boarding at a local doggie camp when my human’s sister traveled – and the camp posted regular photos of her enjoying a romp in the fields – which were well fenced! I think she was the camp’s favorite guest – but then I might be biased.

Dorey was happy wherever she went.  She never met a human she didn’t like.  But probably her favorite place on earth was just sitting closely next to my human’s sister- on their front porch, just watching the world go by. They had a very special bond.

Dorey led a long, full life but started to slow down in the last few months.  My human watched with great sadness as her sister had to make that agonizing decision…

Right now, Dorey is likely having a great chase with Harper, Guinness and Beamish – the dogs who owned my human way back when Dorey was a pup.

Run free crazy girlie  Doodle. And know that you were very, very loved.