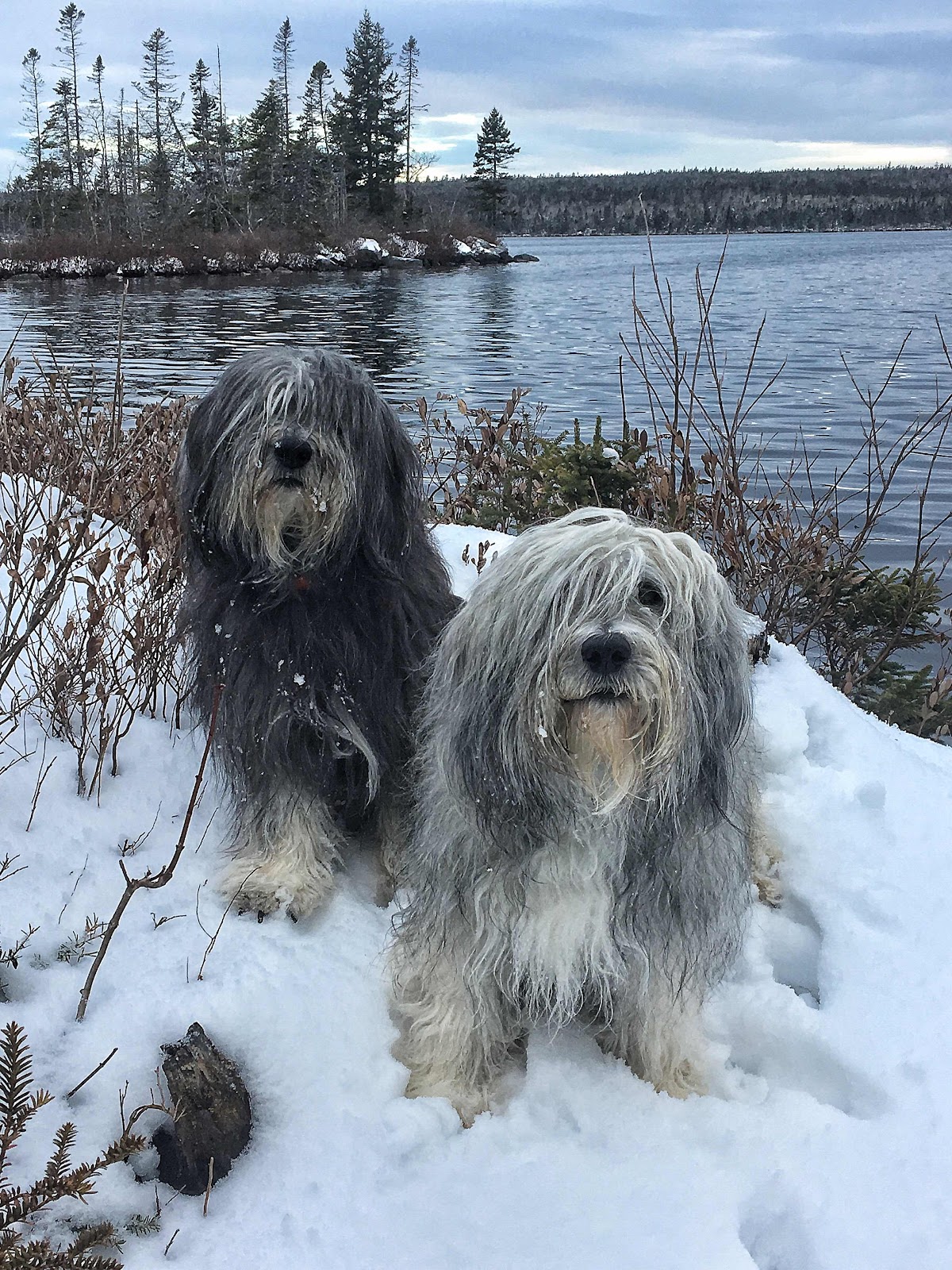 Thursday night, Einstein got his stitches out.  Everything looked good, but the vet said he still needs to wear his shirt for another week.  And no rolling on the ground outside…

At the same time Einstein was getting his stitches out, Pig Pen was at his vet getting his stitches out on his ear.  His vet was happy that they were able to remove all traces of his tumor.  Good news.
We haven’t seen Pig Pen since the two surgical patients went under the knife. So when Pig Pen’s human texted in the morning to go for a walk, we thought it was a splendid idea. The FG had just completed his 45 minute constitutional, so it was our turn.
The snow was still on the golf course, but large patches of grass were also visible. It was a perfect morning.  No wind.  Temperature just at feeezing, so the ground was hard and not yet muddy. The sun was shining .  The sky was a brilliant blue.The robins were singing and the ducks were on the pond.  Perfect. And we were all off leash.
But slowly, one by one we had to be put in bondage.  First it was the good dog, Pig Pen.  The ponds are all ice free.  So you know what that means to him.  Water is like a magnet and he is like a paper clip. Fwump.  It draws him in.  He eyed the pond from the edge- and his human shouted “no!!!!” His incision healed but he did have to have some fluid taken off – so he shouldn’t get it wet. Busted. Back on leash.
Einstein and I ran along, taunting poor Pig Pen a bit.  Then, as my human should have expected, Einstein hit the snow rolling.  He was wearing his stylish shirt – but my human raced over to stop him.  Ever try to stop a rolling PON?  It’s not easy.  At all.  She had to offer treats so he stopped.  We continued on and not 10 feet later, he was back at it.  Dog #2 leashed.
I was all proud that I was the last dog standing.  Free. And then I discovered something.  Spring has definitely returned.  And so have the geese.  And you know what THAT means.  Free appetizers!!!  Goose poop.  I had a few good sausage shaped treats before my human grabbed me.  I of course looked at her and smacked my lips.  Dog #3 on leash.
All in all though, a perfect Spring morning.  But don’t put those shovels away just yet. My human is getting the snow tires off Ludwig on Monday.  So you can expect we’ll be getting a blizzard on Tuesday….
Have a good one. Peace and paws up.
Seizure free days: 10