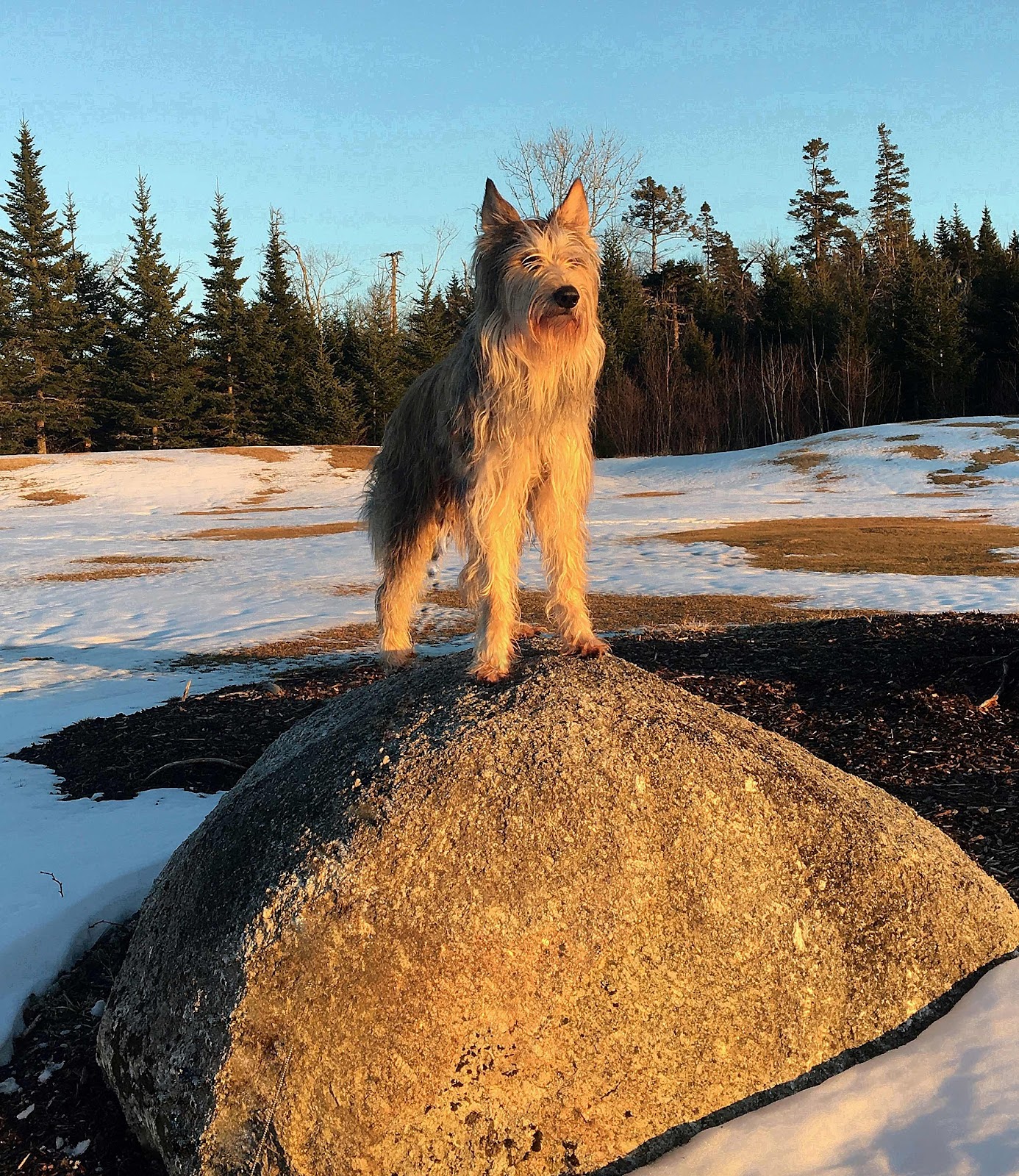 April 12.  And according to my sources, on this day in 1934, the strongest surface wind  gust in the world (231 miles per hour) was recorded on the summit of Mount Washington.  Mount Washington is the highest peak in the northeastern US at 6288 feet above sea level.  Now for my friends who live in the alps or the Rockies, that may not seem big.  But the thing about Mount Washington is that it experiences some of the craziest weather in the world.  There are even Danger signs as you get part way up- warning that the weather can change at any moment.

My human climbed Mount Washington in her much younger days.  She had no idea what she was doing.  She went with a friend- and they were NOT prepared. They just thought it was a simple day hike.  Clearly they didn’t read about it beforehand.  It’s a 6 mile trip – with some rock climbing as you get closer to the top.  But somehow they made it.  With a lot of huffing, puffing, moaning and groaning.  And dancing when they got to the top.  Then they realized they had to get back down.  And they had no money to take the tram. They decided there was no way they would take the same route down that they had taken on the way up.  So they took the auto road back down – which is 7.6 miles.  You will often see bumper stickers saying “ This car climbed Mountain Washington.”  My human said she wanted pants that said “ This butt climbed Mount Washington.”  Somebody should make those.
Anyway – in case you are wondering, I have not climbed Mount Washington.  BUT – dogs CAN do the trek. When I was looking into this, I found the story of Lucy.
Lucy was a multi-breed dog who was living on the streets of Puerto Rico.  Sadly, she was in an automobile accident and was paralyzed.  But luckily for Lucy, she was rescued by a woman named Courtney.  Courtney saw to it that Lucy was outfitted with a wheelchair- because she was a high energy dog.  And then they set a goal.  To climb Mount Washington.  They trained for weeks for the journey.  And on August 18, 2010, after six hours and two minutes – Lucy became the first dog to climb Mount Washington in a wheelchair.  Here is her video:
https://youtu.be/ZZvB576Lf-8
As you see, they had lots of rest breaks.  And when Lucy got to the top, she didn’t look worse for the wear!  I think you call that heart.
And we heart Lucy.  She set an example that disabled dogs can lead happy, exciting and adventurous lives.  And she also showed us that, just like in life, “every mountain top is within reach , if you just keep climbing!” (Barry Finlay)
I hope your mountains today are climbable and your journey lots of fun. Now excuse me while I get my leash!
Have a good one.  Peace and paws up.
Seizure free days: 9
I