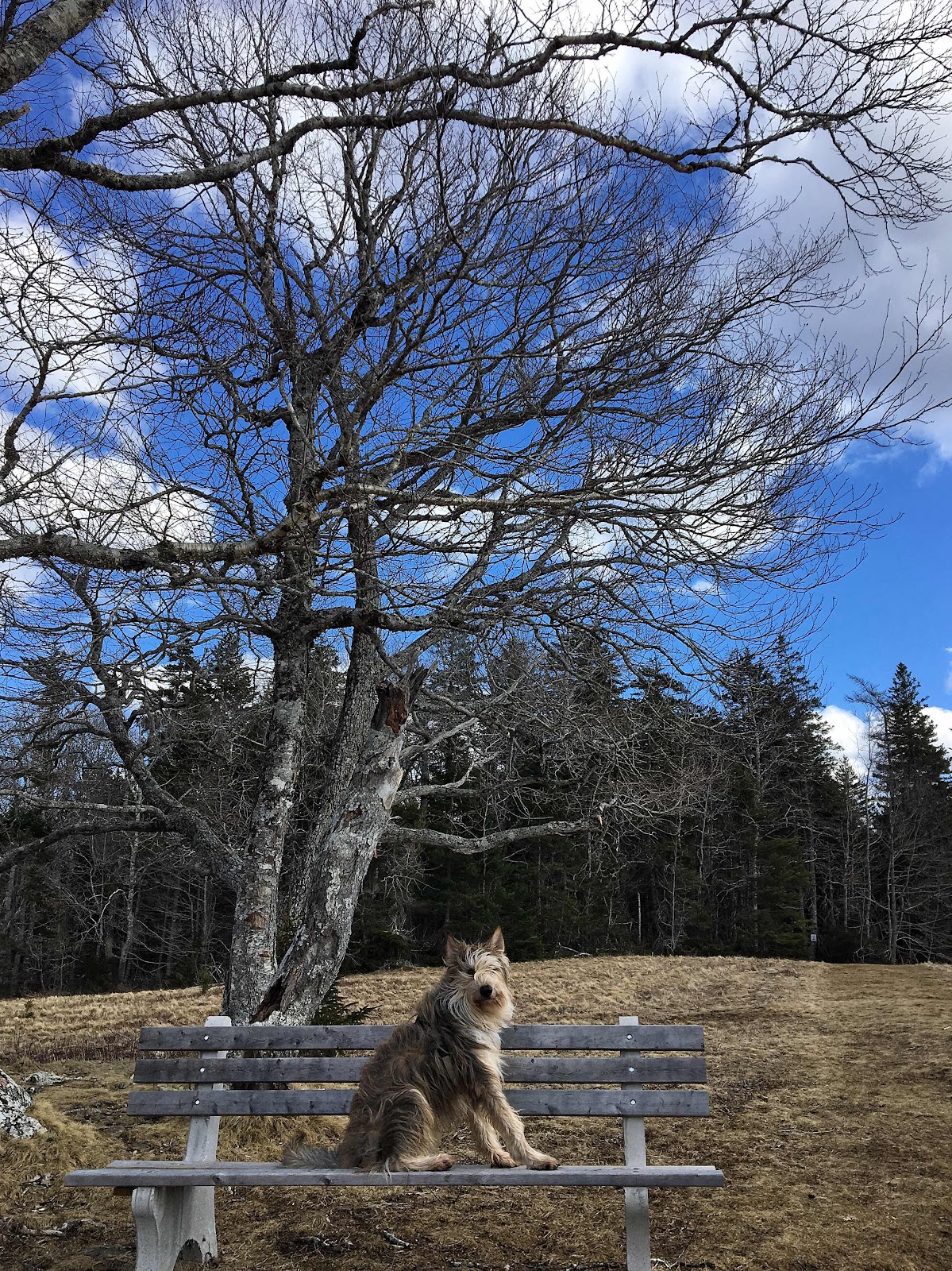 As predicted, it was an entertaining afternoon….

My human, Marg and the FG arrived early for the Barn Hunt lesson. My human figured she would have time for the FG’s calming drugs to start working.  JUST KIDDING!!! But she did know that even though he had pooped twice before they left home, he would need to go when they got there.  He’s so poop-dictable.  He did.  Not 10 minutes after they arrived.
The goal for the session was to introduce dogs to the sport of Barn Hunts and Brush Hunts.  My human learned that in Barn Hunts, there are three tubes.  One holds a rat.  One is  empty.  And one contains dirt and rat droppings.  The dog has to indicate which tube holds the rat.  In a brush hunt, the tube with the rat  is hidden in bales of hay and the dog needs to find it.
To start the session, dogs were introduced to rats in cages.  The instructor sat by the cage and showed the dog the rat.
First try.  The FG had NO interest whatsoever in the rat in the cage.  None.   Nada.  My human pointed to the rat.  She tapped on the cage.  She told him “find it.”  The instructor pointed to the rat.  He was 1000% more interested in giving kisses to the instructor.  He would have stepped on the rat cage to get to her. My human walked out of the enclosure with flashbacks to me sitting like a stuffed dog in a pen with sheep during a herding instinct test.  Deja vu.
Other dogs had their turns with the rat.  Everyone was interested.  One terrier would have crawled in the cage with the rat.  A Karelian Bear dog went CRAZY.
Second try.  They put the cage behind a hay bale.  My human walked hin up to the cage and AGAIN- he totally ignored the rat in the cage.  The other dogs would have jumped over the hay bale to see the rat in the cage.  At this point, my human started thinking about the hike that she and Marg had planned after the workshop.  Maybe they should just leave – and give the other dogs more time.
Third try.  Well.  Isn’t there a saying “three times a charm?”  This time, the rat was introduced in the tube- so it couldn’t be seen.   The tube had holes in it, but was opaque. NOW the FG took an interest.  It was like he now had to THINK because he couldn’t SEE the rat.  So he started intently sniffing at the tube.  BINGO.  The targeted behavior.
After that, he got the idea.  He would actually stick his head in between the hay bales where the tube was located.
In this video, there are two tubes.  One with the rat and the other is empty.  You see him as the video opens and he has stopped and is smelling at the first tube, where the rat is, but he then is not interested in the second tube.  When he goes back to the first tube, he is again interested.
The instructor was VERY kind and encouraging.  You see her happiness that he found it.  And my human’s!
https://youtu.be/EvDruWOEN_I
I’m not sure he’s quite ready for a test. Who are we kidding – he’s far from ready.  At one point my human managed to circumvent a possible hay bale pee.  She learned that peeing on hay bales is not a “fail” on a test- but it results in a time fault.  Which is not good.  She figured her distraction during training was probably a good thing.  No point in starting a behavior that would be hard to break! Like peeing on tires….or the deck….
He may not have been the best ratter there, but he certainly made lots of friends.  He thought he was supposed to do his “Meet the breeed” gig.  Kisses all around.
So by the end, my human figured it was worth it.  As I mentioned, the instructors were very helpful and supportive- and never made my human feel like they were the remedial students.   The FG did provide comic relief.
Given his “success” with this endeavor, she has signed him up for ANOTHER sport at the end of the month.  In this one, his wicked fast running ability will be tested.  If he doesn’t actually run away…. Stay tuned…
Have a good one.  Peace and paws up!
Seizure free days: 5