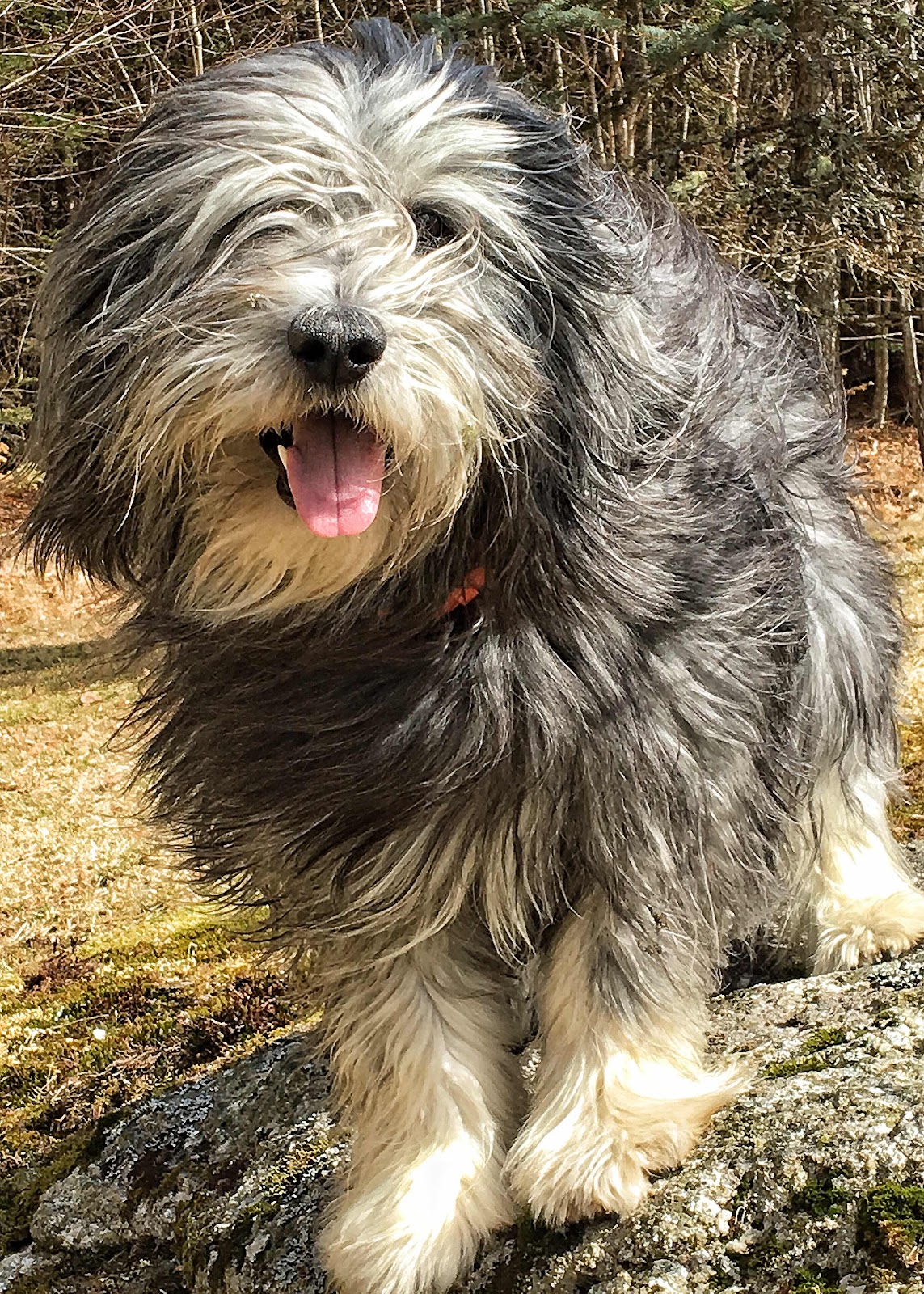 I am a creature of habit. But I do adapt quickly – especially if a change means that I will be fed earlier.  So when my human changed her schedule last week because she was working, and we were getting up at 4:30, that was fine with me.  Early up means early breakfast.   So, when yesterday arrived, I promptly woke my human up at 4:30.   Even though it was Saturday.  And despite the fact that she said “Viktor – it is Saturday,” I still felt it was my duty to lie down on top of her – because I thought she might be faking.   FINALLY, when she could no longer stand my breathing in her face, and licking her pillow, she got up at 5:30.  You know my motto – Carpe Diem – and breakfast.

Today is the birthday of William Wordsworth – the famous English poet.  He wrote that well known poem – “ I Wandered Lonely as a Cloud” – which is all about daffodils.  And signs of daffodils here were covered in snow yesterday.  Yup.  It snowed.   Springtime in Nova Scotia.   We were not impressed on our morning walk.  Anyway, it seems that Wordsworth liked dogs.  He wrote a couple of poems that talk about dogs.  Here is one, but it’s kinda sad.   So read with tissues.
https://m.poemhunter.com/poem/tribute-to-the-memory-of-the-same-dog/
Here’s a painting of Wordsworths’s dog. He reportedly got his dog from the novelist, Sir Walter Scott.   Scott bred “Pepper and Mustard” Terriers – or what became known as the Dandie Dinmont terrier (which is the name of a fictional character in a Scott novel.)  It doesn’t LOOK like a Dandie Dinmont to me – but maybe that’s what they looked like back then.
https://artuk.org/discover/artworks/wordsworths-dog-pepper-143085
So happy birthday to Willlie.   Hopefully those daffodils will soon be blooming here.
It’s the big day here.  All the media outlets have been alerted.   The FG is going to learn about BARN HUNTING .   Stay tuned tomorrow for the review.    My human has coerced her friend Marg, to come to watch the entertainment.  Remember Marg?  The one who slipped on the ice and could have been trampled by the FG in his attempt to “help” her?  Hope she brings her barn boots.  And a helmet.
Have a good one. Peace and paws up.
Seizure free days: 4