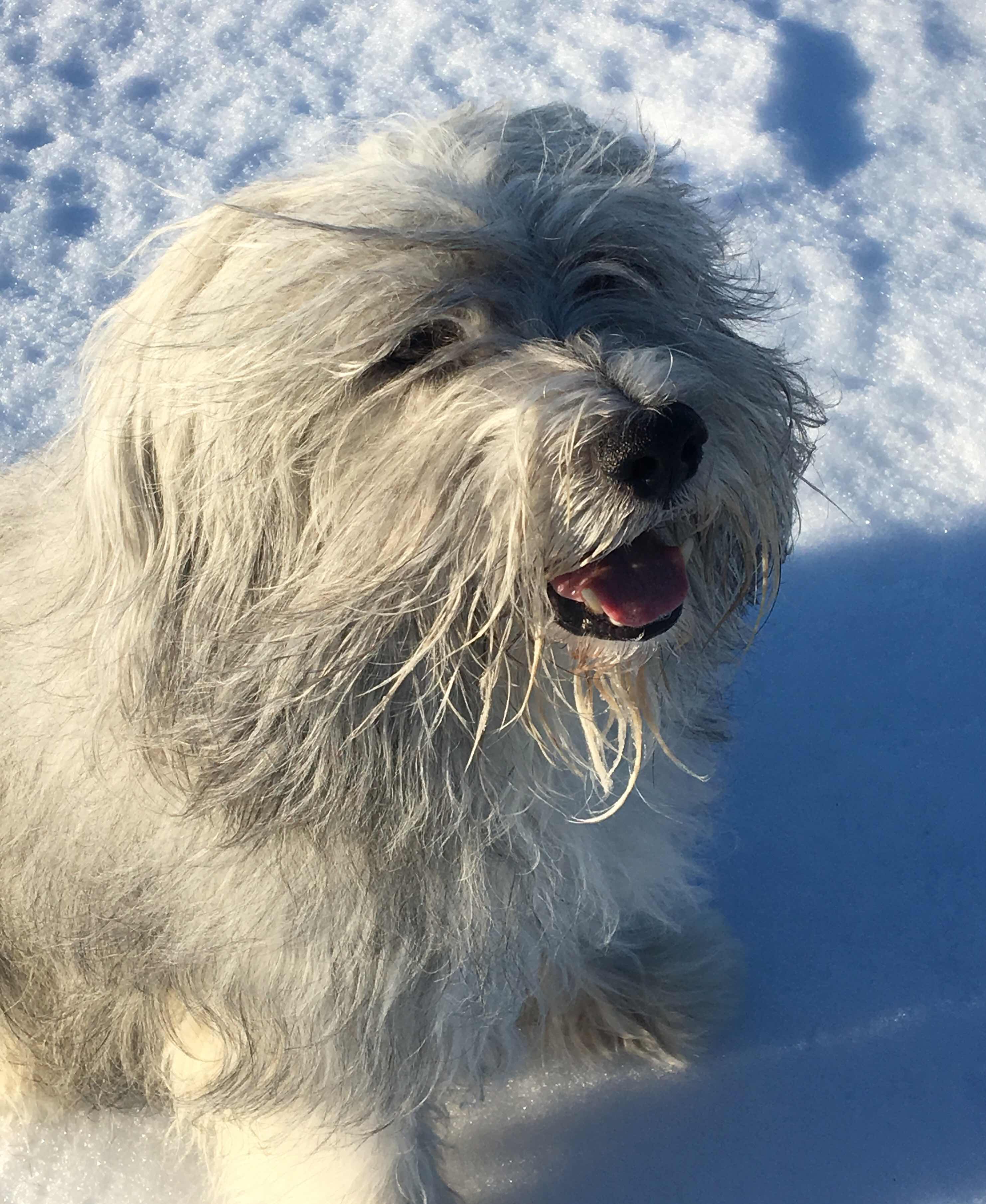 March 14.  And it’s the birthday of Albert Einstein.   That’s ALBERT Einstein.  Not the Einstein who lives in this house. Our Einstein is named after the original one – who was a pretty smart guy who (among many other things) won the Noble Prize for Physics. I can’t even describe his scientific work- it’s WAY above me. Everybody (well I think everybody) has heard of Einstein and is familiar with his “mad scientist” appearance.  But did you know he reportedly loved animals? He had a dog – a fox terrier, named Chico Marxx. Here’s a witty quote attributed to Einstein about his feisty companion:
“The dog is very smart. He feels sorry for me because I receive so much mail; that’s why he tries to bite the mailman.”
So a funny scientist.  Who knew?
And speaking of our Einstein….we went for a run on the golf course with Pig Pen and his human yesterday. We being me and Einstein.  The FG went for his walk first and then we got to go.  AND we were actually let off leash!  The ground is still snow covered, but not too icy- so like cows being let out of the barn in the spring, we went nuts.  Einstein was particularly entertaining-  he would run, fall and roll.  Repeatedly.  Here’s a QUICK snippet – and as my human fumbled to record him, you can hear Pig Pen’s human saying my human needs a Go Pro camera.  How long have I been asking for one?!
https://youtu.be/GwLKcYX-1rQ
You can see his post-roll look in the above photo.  Looking like the real Einstein.
Pig Pen’s human did get to see how Einstein got his name.  In fact, she joked that she couldn’t remember his REAL name. His outstanding abilities were showcased when my human tried to get some photos of the three of us canines.
For some reason, I was OBSESSED with Pig Pen, so we couldn’t be positioned for a photo together.  Then my human must have told me 50 times to look at her. I wouldn’t .
Pig Pen, is  the  world’s most obedient dog on the planet when it comes to recalls.  But he does have a downfall.  No sit stay.  So we couldn’t get him in the photo.
Meanwhile, Einstein was posing beautifully.  My human got a shot of the two of us, but it wasn’t great.  So she took Einstein over to two large boulders and told him to get up.  He jumped up.  She then told him to stay and look at her.  Of course he did. He’s Einstein. 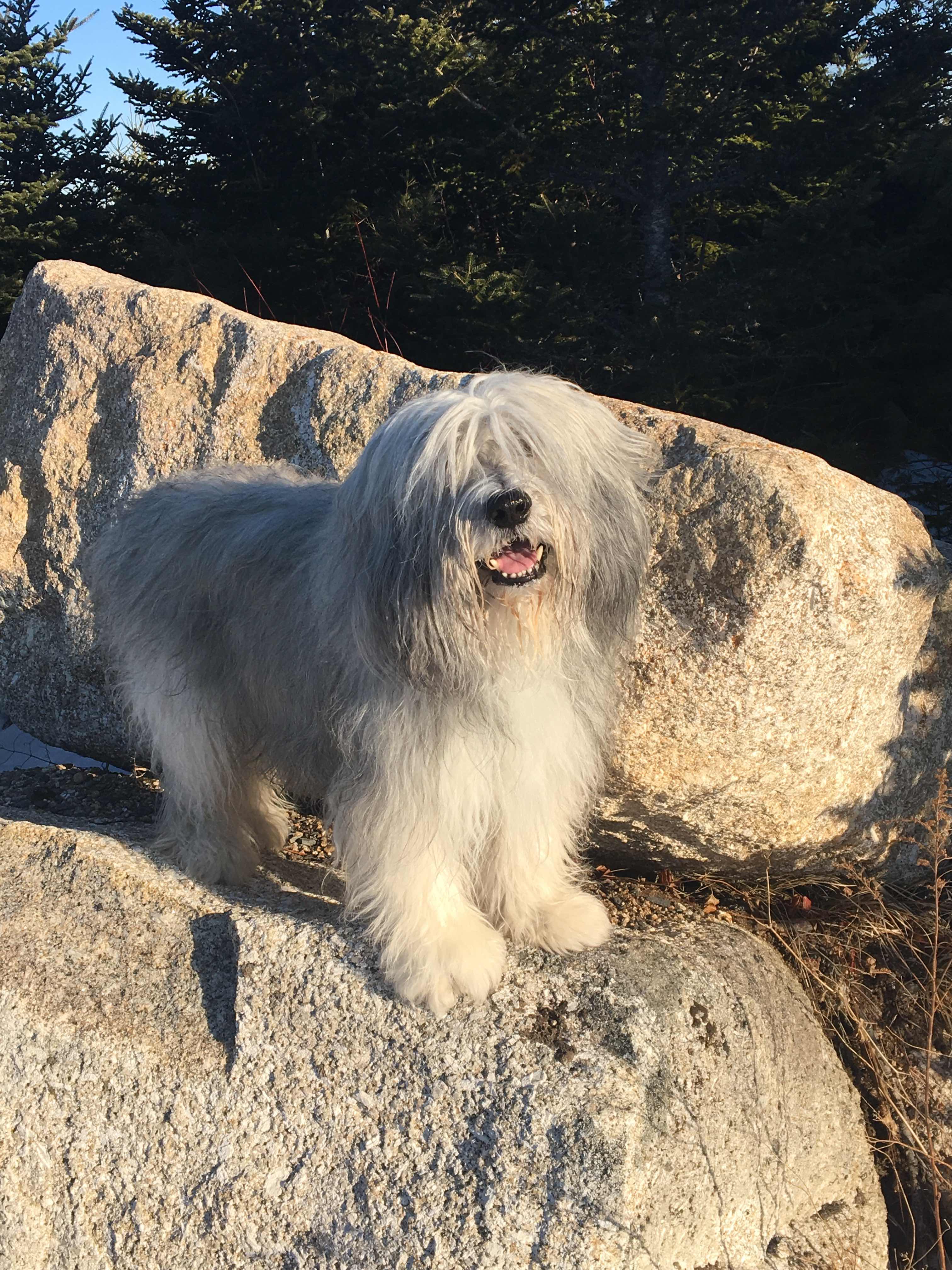 Such a show off.

It sure is nice to get out for a good run- and get this- we have been letting my human sleep in until 6:45!!!! She says that’s one good thing about the time change.
Speaking of which – time to get her moving. Another great day in the forecast- and I hope yours is as well!
Have a good one. Peace and paws up.
Seizure free days: 32