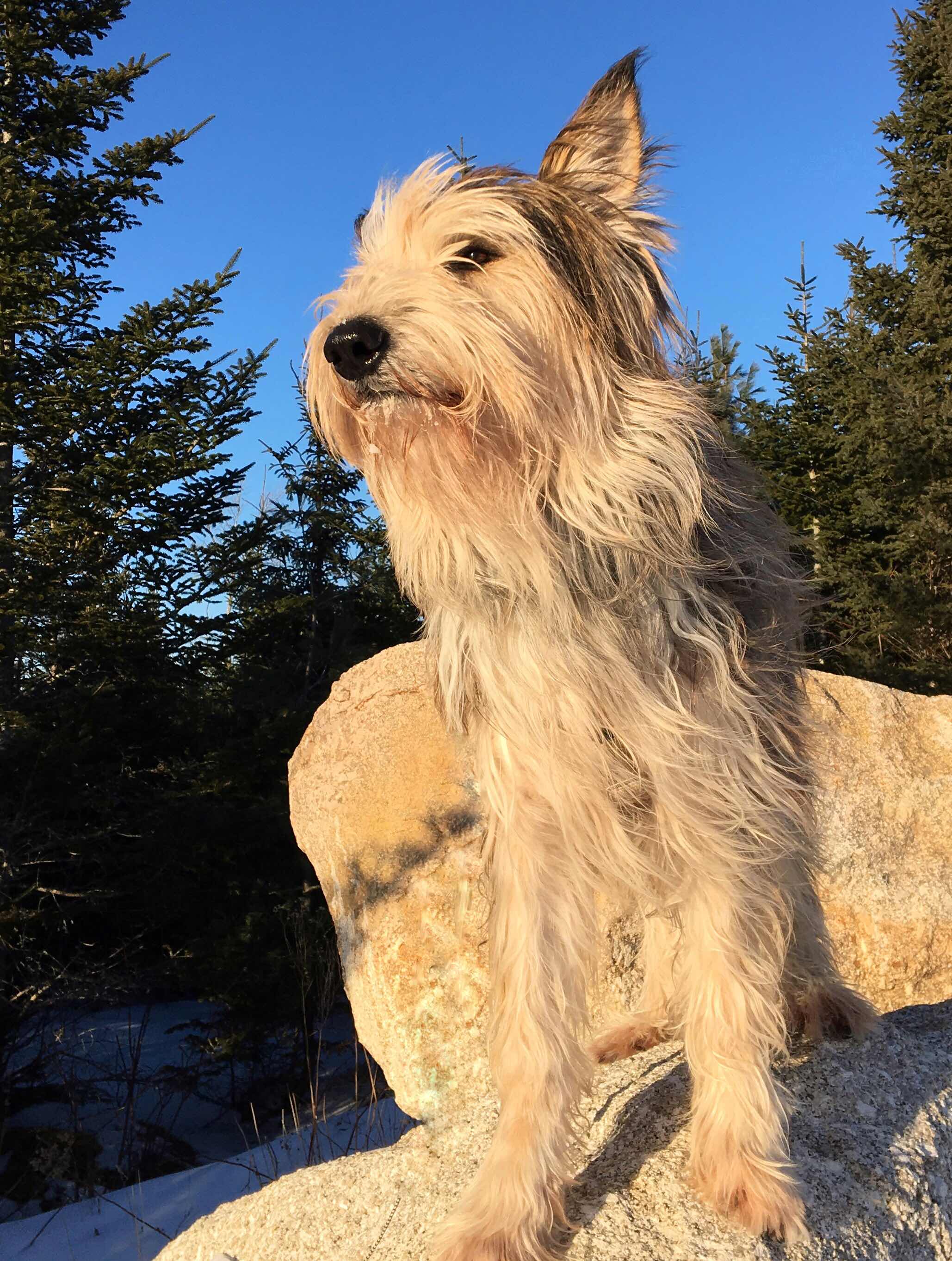 Well it’s March 2.  I like to think winter is behind us, but we have some special weather in the forecast for tomorrow AND Monday and it sounds like lots of snow.  More shack wacky dogs.

Today is the birthday of Theodor Geisel.   You may better know him as Dr. Seuss – the author who wrote LOTS of children’s books (as well as books for adults too) – and who made famous a certain feline who wore a chapeau.  He also made the word “Grinch” a household name.  Hey – I don’t know if I have ever heard of a dog named Grinch….Mind you, it’s not exactly flattering.  Kind of up there with Miser, Bully and Loser.   We won’t name my next puppy Grinch.
Anyway, while one MIGHT think that Dr. S was partial to cats, he apparently really liked dogs.  He even kept a stuffed toy dog that he had received as a child – for his entire life.  It was named Theophrastus ( who happens to be an Ancient Greek scholar).  Good thing it was a toy.  If it was a real dog, by the time someone finished calling his name, if he was running away – he would be long gone.
Here’s a nice article with photos that talks about Dr. Seuss and his love for dogs:
https://www.theguardian.com/childrens-books-site/gallery/2016/feb/02/dr-seuss-dogs-what-pet-should-i-get
It’s too bad Dr. S is no longer alive.  He wrote The Cat in the Hat.  He could have written a book about me – The Dog in the Fog.
OK. That was a groaner. On to other news.
The FG is going somewhere this morning.  He is all excited.  He is going on a “play date.”   Given how hard he sometimes plays with poor Pig Pen, I hope his new friend tells him off if he gets too crazy.   My human is taking lots of throw toys.  She’ll stuff her pockets with treats – but that’s kind of a waste of perfectly good edibles – he rarely wants one.   This should be interesting.  Where is he going?   Tune in tomorrow to find out WHO he met….
Have a good one. Peace and paws up!
Seizure free days:  20