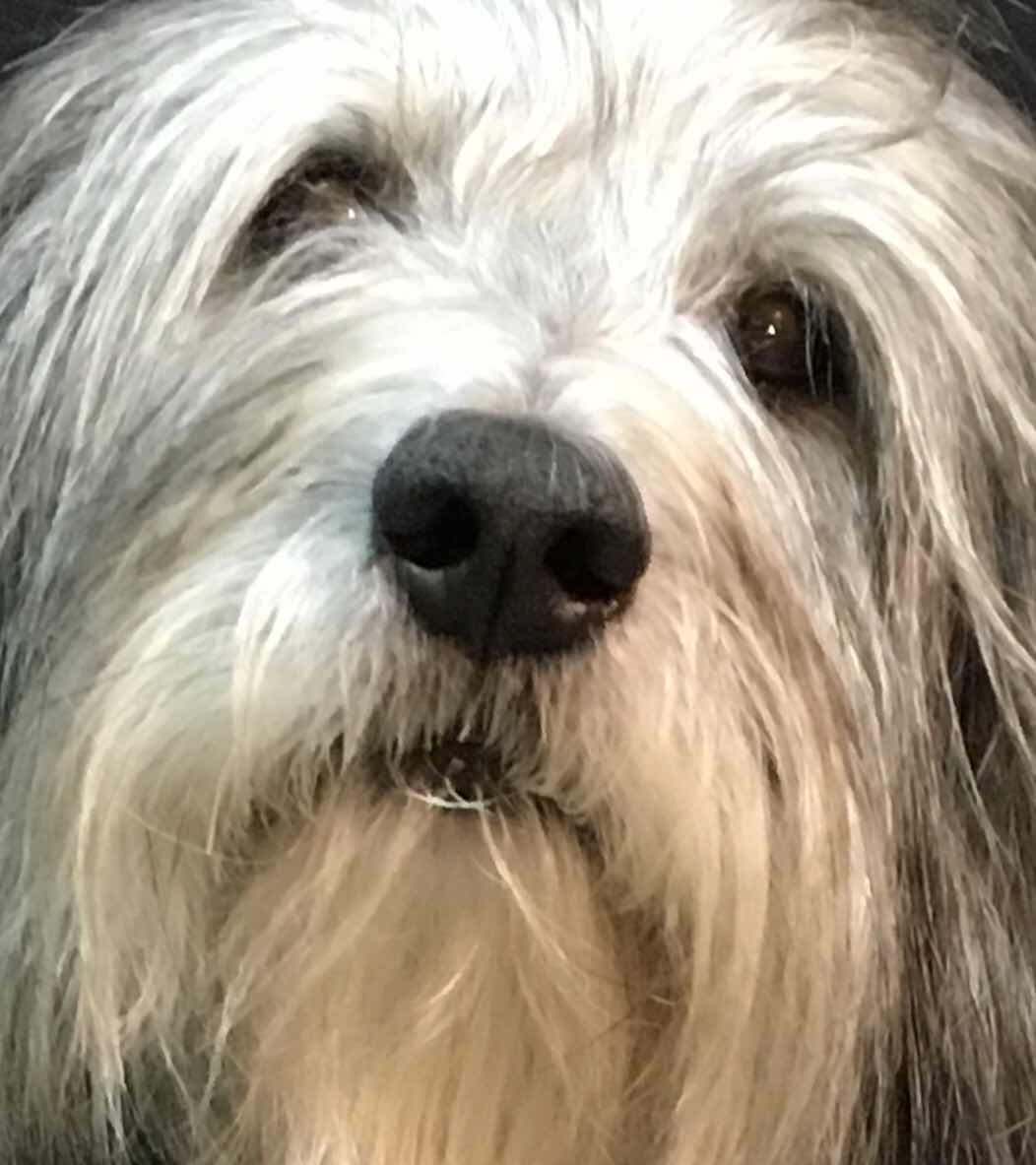 OK. I did it.  Might as well confess.  I was caught in the act…
On Wednesday, my human put us outside for like 3 minutes- for a quick pee.  As usual, Einstein barked incessantly to be let in.  We have noticed that he is even MORE chatty since my human retired.  In fact, it seems the only times he is not barking is when he is doing something naughty or eating or sleeping.  OR when he is in shock….
So when my human suddenly heard the barking stop, her first thought was that we had all somehow escaped.  She raced to the door to see what was going on.
Through the window she could see Einstein was transfixed on something.  And the FG had  this look on his face that could only be described as disgust.
What in the world was going on, she wondered as she threw open the door.  And she saw the answer.,..
⬇️
⬇️
⬇️
⬇️
⬇️
⬇️
⬇️
⬇️ 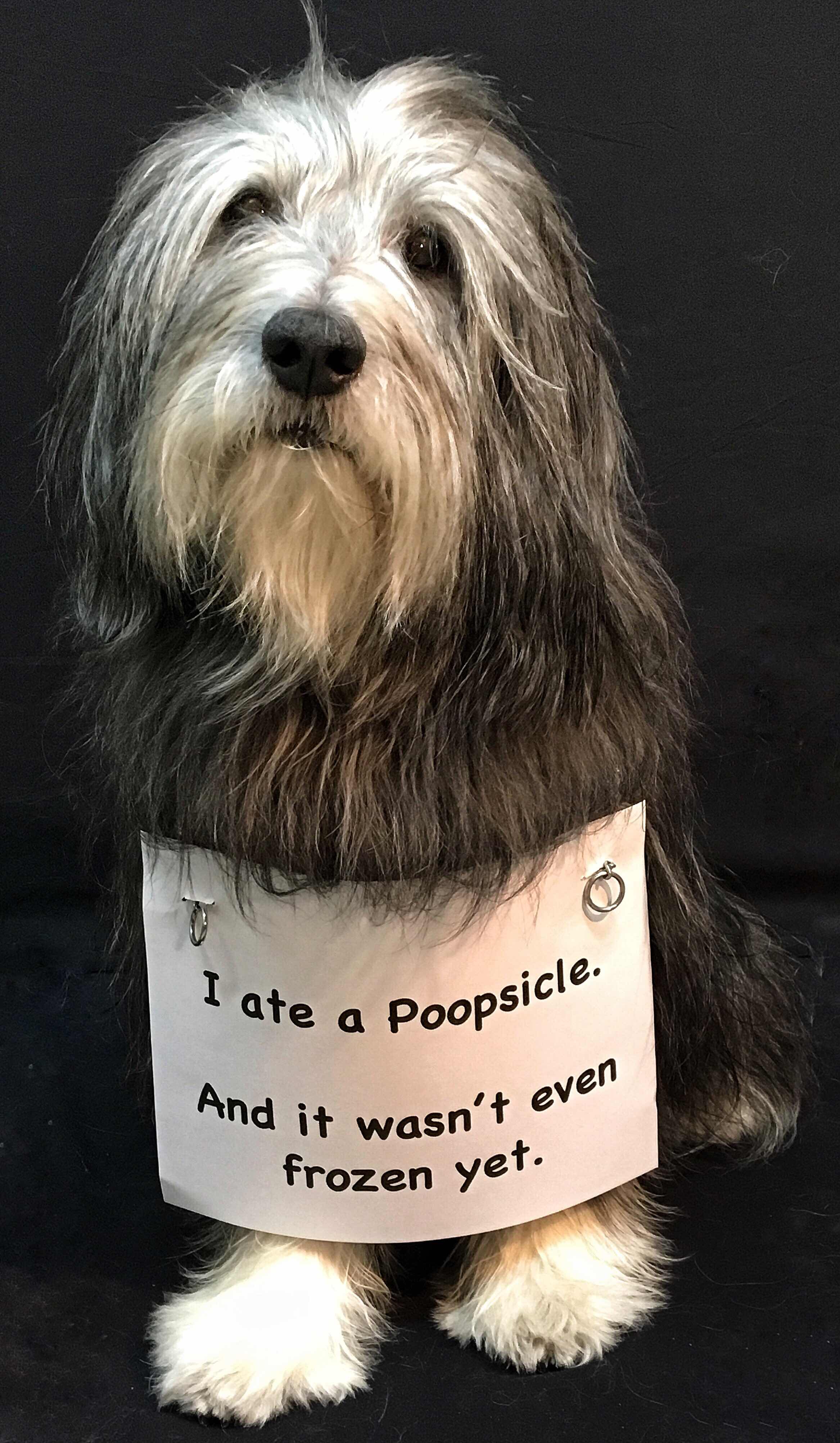 She shouted “STOP!!!!!” , which I immediately did.  I just looked at her and then did that one thing that TRULY drives humans almost more crazy than the eating part – I smacked my lips.   “AGGGGHHHHH!” she shouted- and hustled us into the house.

I should note that as a rule, none of us poops in that fenced area.  So there never ARE any poopsicles out there.  I was just cleaning up so my human didn’t have to.
I’m not sure what the big deal was – and why my brothers looked so aghast.  I know that BOTH of them have been known to sample deer, bunny and goose poop.  So what’s the difference?!  It’s called RECYCLING.  You were so worried about plastic bags and the environment- I was just offering another solution.
Anyway, my human refused to give me any kisses that night.  But by the next day, she was back to normal. No PTPD.  Post traumatic Poop Discovery.  She’ll be fine.
Now.  What’s for breakfast?
Have a good one.  Peace and paws up.
Seizure free days: 19