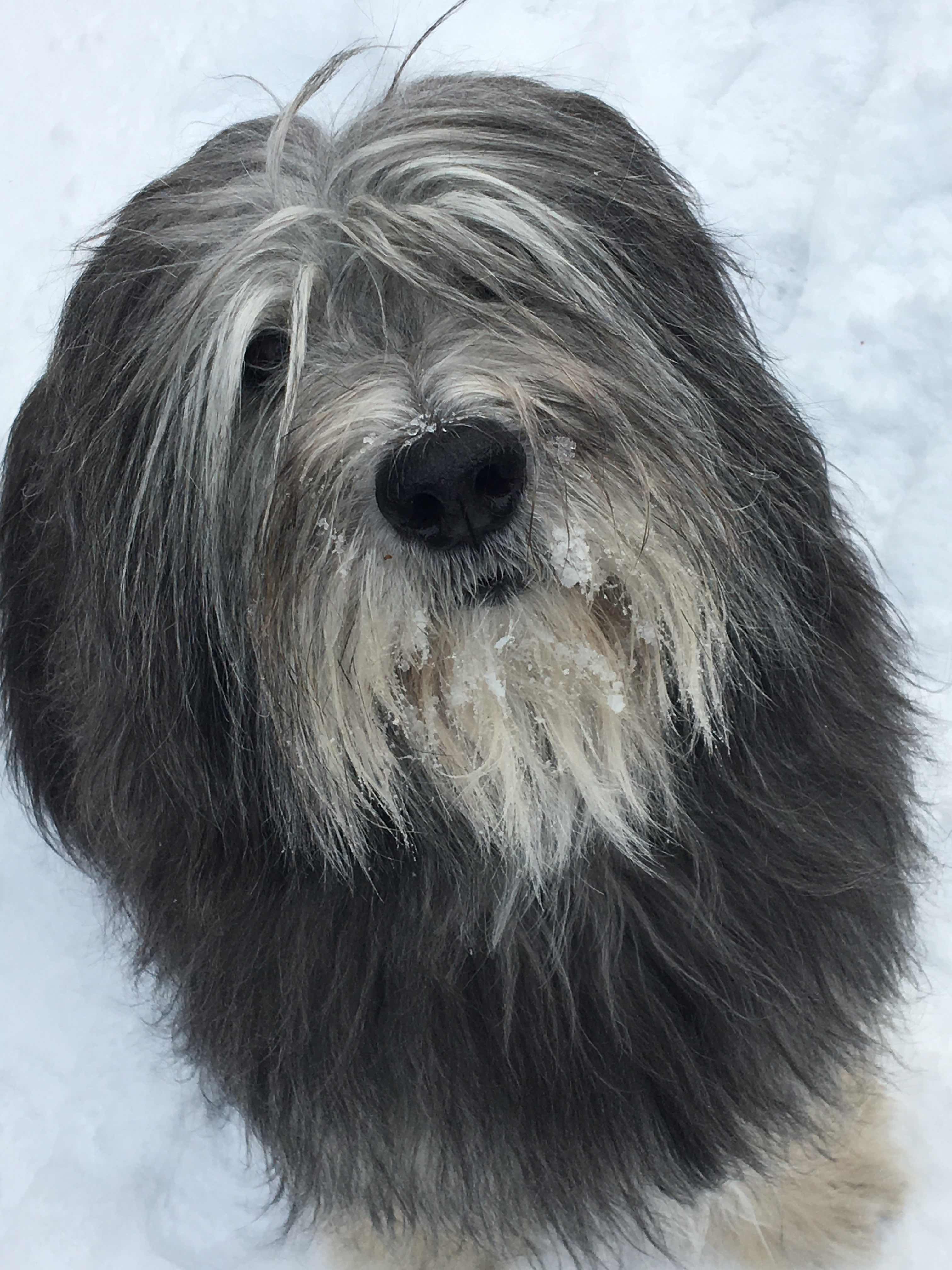 OK.  Enough of this cold weather.  Yesterday with the windchill, the temperature was like -36.  Cold enough to instantaneously freeze treat drool.  My human could barely see where she was walking us – so needless to say, the walks were short.  OK, Mr. Groundhog – we are coming to get you.  Fair warning.

You know I got to thinking  about the FG’s escape the other day.  I’m thinking it wasn’t JUST because he was shack wacky.  I think it was also because he’s thinking a lot of himself after his Meet the Breed gig.  I forgot to mention that a local TV station was there when he was doing his thing – and a .00008 second clip of him appeared that evening on the news. If you blinked – you missed him.  But it was enough to make him feel like a star.  Albeit a falling star the next day with his runaway.

And speaking a runaways, there was a good news story out of Newfoundland.   A few days ago, a family was traveling, and sadly was involved in a 15-vehicle collision – due to snowy weather.  The family had some injuries – but luckily none were life threatening.  They escaped their vehicle just before another vehicle hit them from behind.  In the confusion, their 3 year old Shih Tzu, Obi was lost.  He was nowhere to be found, despite their search efforts.  They were not from the area – and sadly had to fly home without him.  They put a post on Facebook about their lost buddy, but after 4 days and windchill temperatures some nights below -35, they had pretty much given up hope.  But on the fifth day after he went missing, someone contacted them and said he had been spotted.  One of the humans grabbed a flight and arrived that afternoon to search for Obi.  He was joined by another family member who lived in the area.  And miracle of miracles, around 8:30 that evening – the searchers heard a bark in the distance.  With a flashlight, and a LOT of luck – they found poor Obi stuck in a snowbank.  They say he likely would not have survived another night.  His name has been changed to Obi One So Lucky.

You may see that we added a new link on our blog – you can see some of our Instagram photos.  Oftentimes the photos are also posted on Facebook, but I think it’s time we mix things up a bit. So there will be different content in different places.  We have not become Instafamous by a LONG shot.  I think I need to hire an agent.  There seems to be some kind of strange algorithm to getting Instagram followers – and we certainly don’t know it.  I do know that some of the most famous Instagram dogs are into wearing attire.  I’m not that interested in fame.

I thought my human was going to be making us all kinds of biscuits since she retired.  I have yet to see her take out a baking sheet.  If she even knows where it is….

Well it looks like we have a balmy day today – up to -6C.  Break out the swimsuits.  Just joking.  Everybody knows I hate to swim.

Have a good one.  Peace and paws up.
Seizure free days: 18