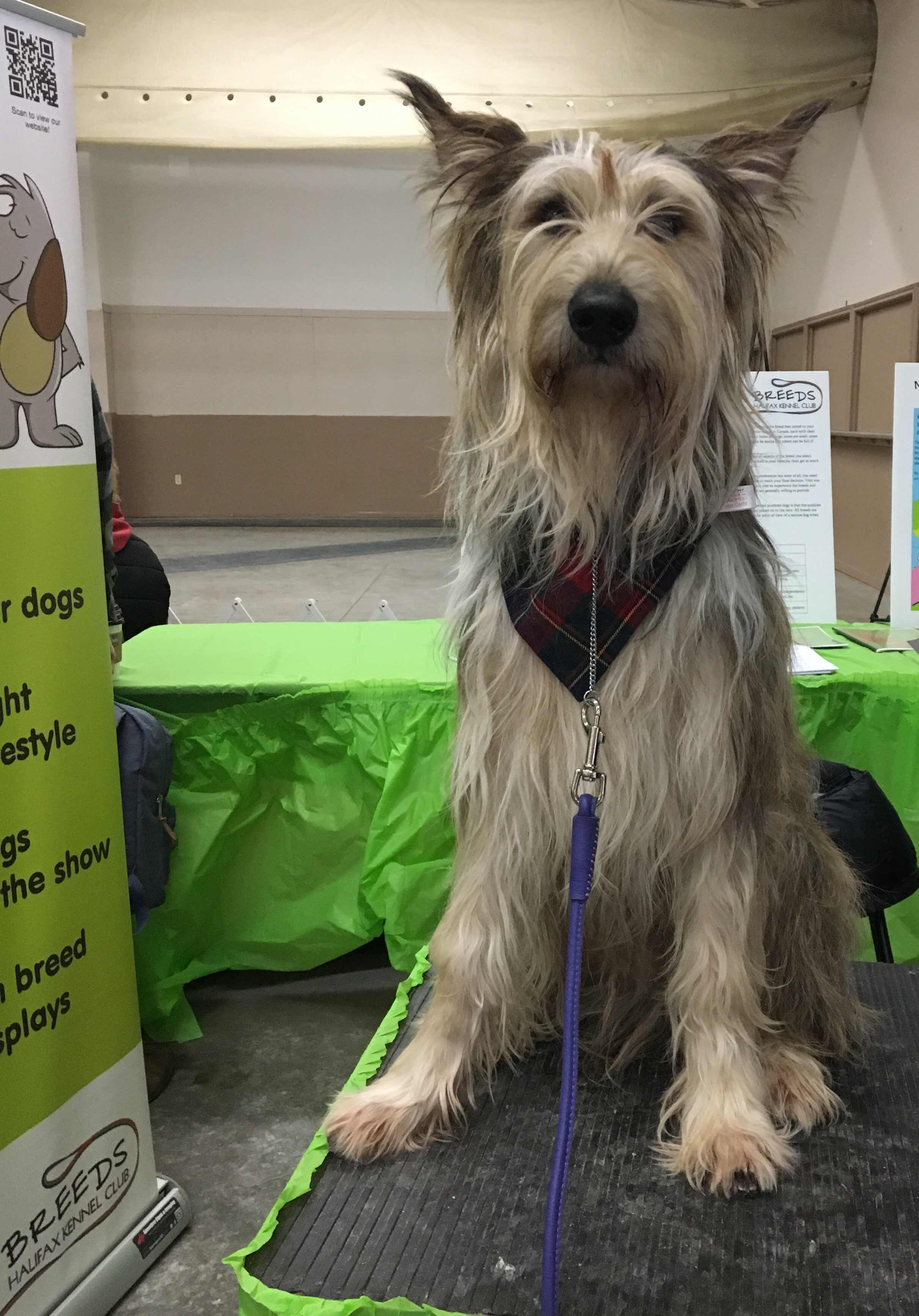 So the FG got to do his political paw shaking yesterday.  And from what I hear, there was a whole lot of false advertising.  He totally behaved himself.

When they walked in the door, one of the Boy Scout leaders – who help out at the show – shouted “It’s Elroy!!!!”   She had to come right over and tell my human that the other leader sent her good wishes – as she couldn’t be there – and figured Elroy might be there on Sunday.  He has his own mini fan club.
Meanwhile he sat on the grooming table giving kisses to most people who wanted one.  And a few to people who didn’t want kisses.
Everyone remarked how calm and extremely well behaved he was.  They didn’t see him when my human had to wrestle with him as he got out of the vehicle.  He was a whirling dervish. But they somehow managed to get from the car and into the venue. Meet the Breed was right by the entrance and in a move like something out of a Wonder Woman movie, she quickly hoisted him onto an empty grooming table before he even knew what happened.  And the parade of spectators began.  My human held onto his collar – when well intentioned but somewhat naive people would suddenly come over and stick their face in his.  Luckily he has a super temperament-,but she would then explain that not all dogs – including other Picards would necessarily appreciate an up close and personal greeting.  Her mind kept uttering other comments- but just like we dogs are expected to be good ambassadors, so are our humans.
When their hour was up, they were quite happy to head out.  But not before a stop at the baseball diamond- where my human played fetch with herself while the FG burned off some steam after his docile political appearance.
So all in all, a good dog show. No ribbons – but we were big winners just the same. Even with a bit of false advertising….
Have a good one.  Peace and paws up.
Seizure free days: 15