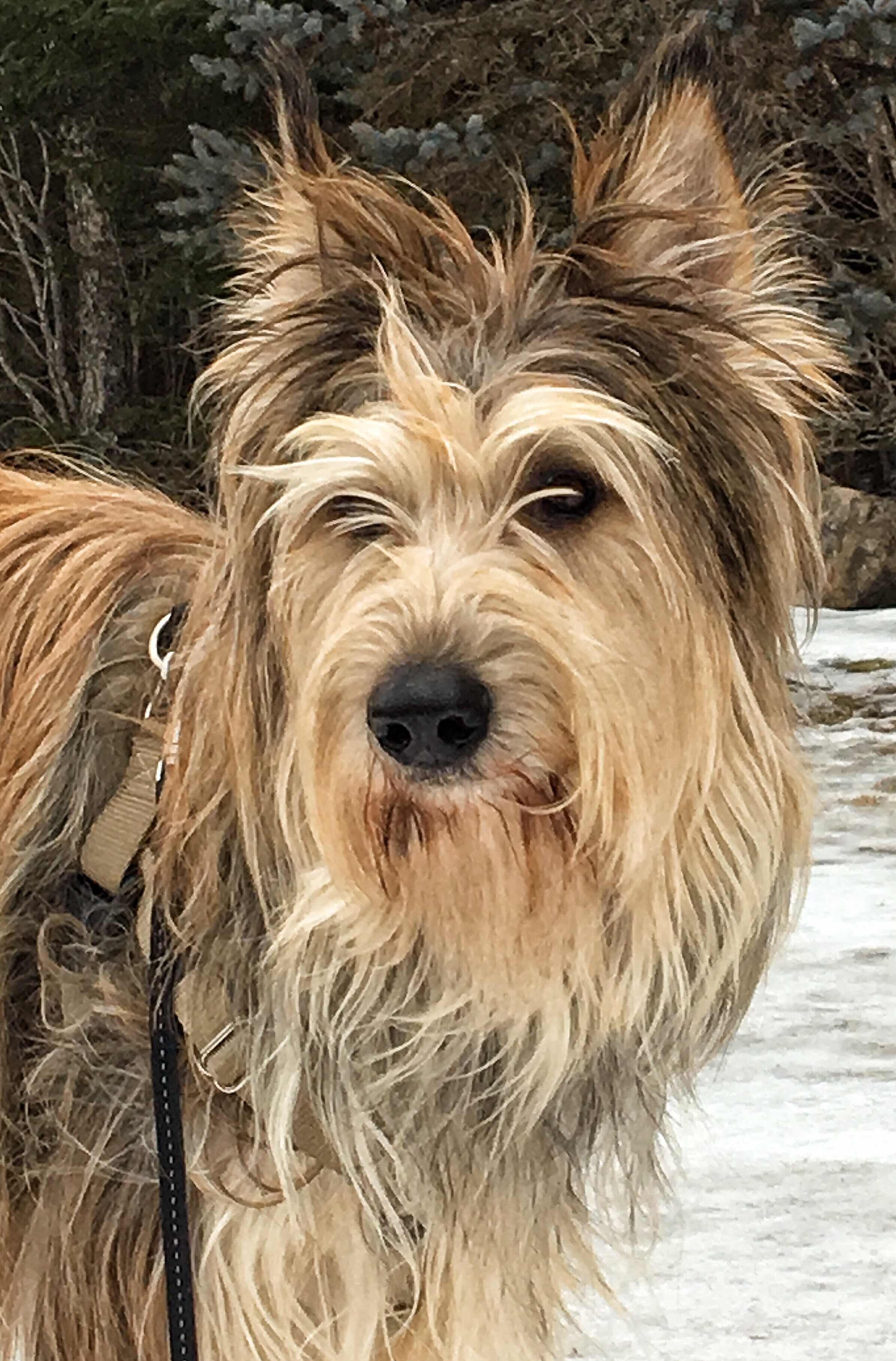 Today the FG gets to go to the dog show.  Lucky him.  I shouldn’t really complain though, I got to go Friday.  Einstein should be the one complaining.

The FG’s grooming will take all of 10 minutes.   Again.  Lucky him.  We’ll see how it goes…
So in the meantime, what’s new in the world of dogs?  Well every now and then you hear about some poor dog who goes out onto ice at this time of the year.  And sadly needs to be rescued.
That happened in Estonia.  So two good  Samaritans risked ther lives and brought the almost frozen dog to the vet.  Turns out the dog wasn’t a dog!  It was a wolf!!!  They ended up treating the wolf and then released him back into the wild.  That was one very lucky wolf.  And two lucky Samaritans!
Then there is the story of the 12 year old dog who was lost when the tragic forest fires raged in California.   His family was devastated but never gave up hope that he would be found.  Well 101 days later, he was reunited with his family!  A group that was rescuing cats captured him – and brought him home.  Wonderful news.  But one tiny downside.  They figure the dog survived by eating his favorite delicacy.  Skunks.  He smelled strongly of skunk, even after several baths. Still – it was a very happy reunion. Even though it was a bit stinky!
Well time for me to give the FG his pep talk before he goes on the Picard political gig.  My human will extol the virtues of the carpet eating, picky food eating, crazy runaway.   And with any luck, he will demonstrate his very best behavior.
I’ll let you know how it goes!
Have a good one. Peace and paws up.
Seizure free days: 14

One thought on “The FG. A frozen dog and a stinky dog.”