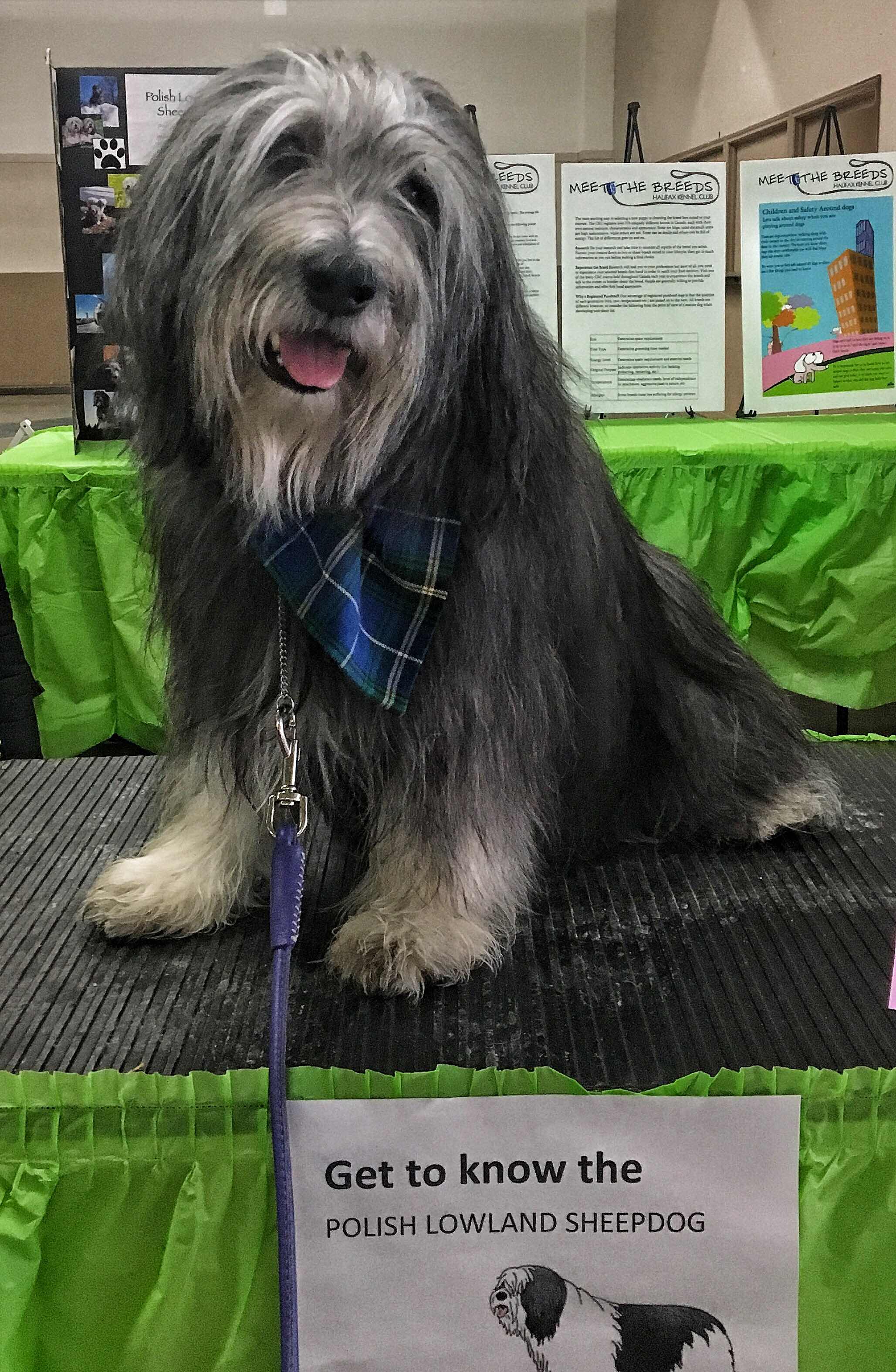 Well from the photo,  you can see who got to go to Meet the Breed.  Yup- yours truly got to play Polish Lowland politician. And we had a fair number of  visitors.  We were set up right near the entrance- so we were hard to miss. Lots of people came by -asking questions and just wanting to pet me.

Now let’s face it- we PONs are NOT Labradors or Goldens- who immediately treat everybody like they are long lost friends.  We PONs are aloof by nature- like lots of herding breeds.  So while I am fine to have people petting me and I do NOT shy away at all, I pretty much just sit and look at people. I’m not a kisser. I don’t jump up on people. Except for the one woman whose pockets contained food. I tried very intently to get in her pockets. Otherwise, I’m pretty much like a stuffed dog.  Which is a BIT deceiving- because people were remarking what calm, easy dogs we must be.  One guy even said we must be “couch potatoes.”  My human had to further discuss energy levels and the fact that we DO need exercise- and activities.  Bored PONs are not happy PONs.
But there was ONE person I was actually interested in. She came by, said my name and I jumped right up to say hello.  And I sniffed her face- and wagged my tail.  It was my treasurer!  Remember – I call a group of puppies a treasury – not a litter. ( Dogs aren’t garbage..)  And so breeders are treasurers! Yup I recognized her – even though I haven’t seen her in years!! We dogs don’t forget!
So my human told everybody the pros and cons of being owned by a PON. And for people who seemed really interested- she gave them a business card.  It had info about PONs on one side- and Picards on the other.  And it had a link to my blog.  Where they can connect with my human for more info. 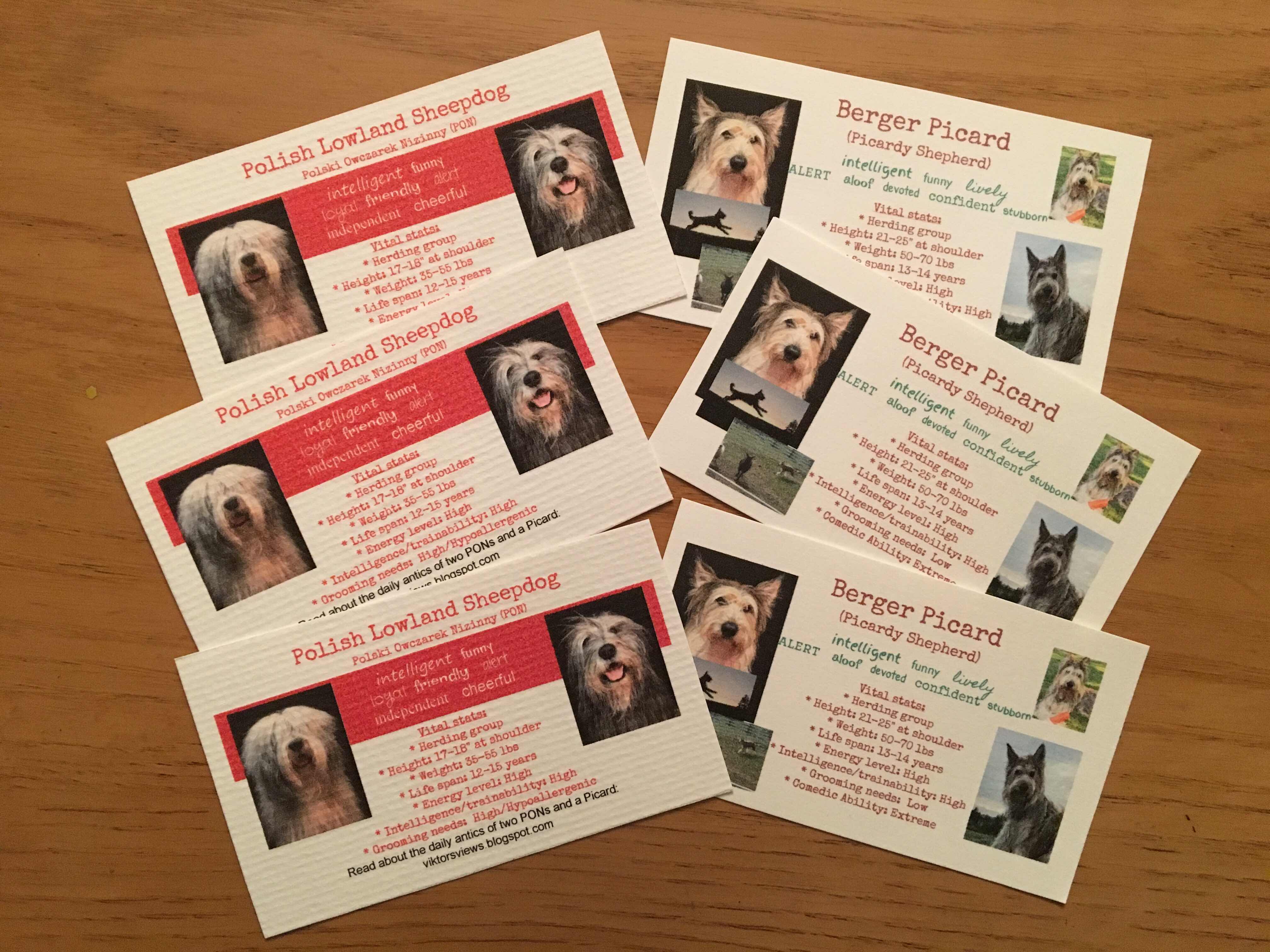 She used to print off info sheets, but let’s face it – most people search on-line once they have some basic info.  So my human printed the cards- which don’t kill as many trees- and are easier to carry around.
So all in all, a good gig.  I put up with the grooming before we went and the “cute barrette and Nova Scotian tartan scarf “.  I could have done without those – but anything for treats…
Today, nobody is on duty – but tomorrow morning it’s the FG’s  turn.  My human had two people ask where to find the Picard- they didn’t know she was the owner.  So I think Mr Kisses will be busy Sunday. And he doesn’t even want treats for doing his gig…
Have a good one. Peace and paws up.
Seizure free days: 13