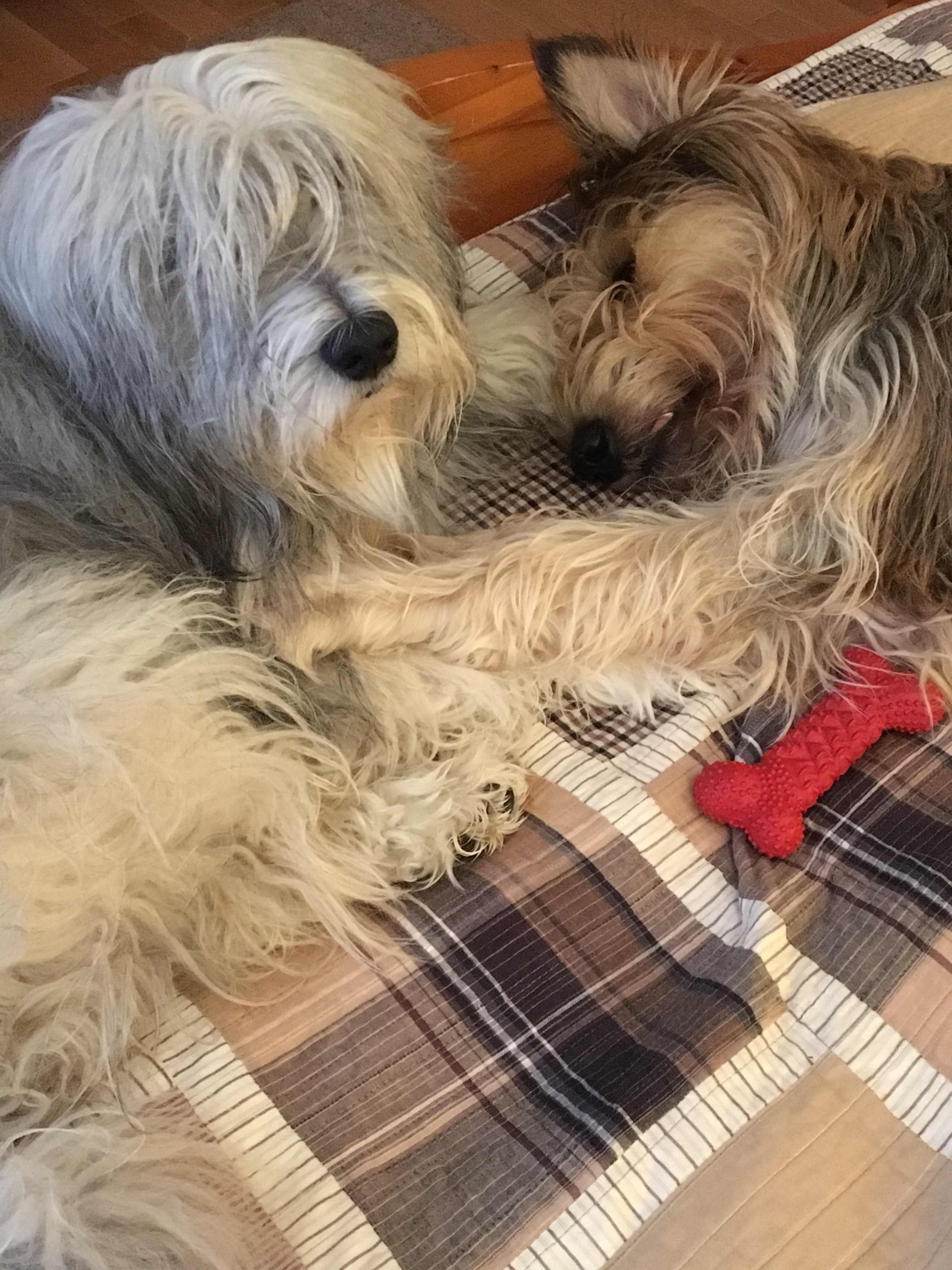 February 9.  And on this day in 1895, a guy by the name of William G. Morgan created a game called Mintonette.  It soon became known as volleyball.

Now while I couldn’t find any dogs actually PLAYING a game on their own, I did find this guy who is assisting on a team:
http://youtu.be/o4zmTkyTu8g
Then I found these guys playing with a balloon.  They certainly have the moves:
http://youtu.be/yFLq6NFmEk0
But probably the most notable when it comes to the moves, is this dog.  Or as someone said in a post yesterday, it’s not a dog.  It’s a Border Collie!
http://youtu.be/_kI9xhIJTFk
Now that’s determination.  Or obsessiveness.  And I bet he wasn’t even a LITTLE bit tired at the end.
My human would like to try it with us – with a balloon.  How long before it breaks?  I’m betting 3.8 seconds.
We had a rainy day yesterday.  But that didn’t stop us from getting up at 5:30.  To say that this was one of the worst icy days so far is an understatement. When we went out at that point, it was freezing rain.  And the driveway and lawn were the worst yet.  Where’s a guy supposed to poop?  And HOW do you poop when you can’t stand still. It was a case of G&P.  Glide and poop.  It could be a new sport. How long can your poop trail be as you glide along ?  And try peeing with three legs on ice.  Deadly.
My human attempted to drive up to get the newspaper.  Big mistake.  She didn’t even get 1/4 of the way up the hill and she couldn’t move forward.  The car started sliding backwards down the hill.  We were all barking out “Turn the wheel!!!” As we watched from in the house.  Luckily she did – or she would havs smashed into the island in the middle of the driveway.  She couldn’t get the paper until around noon after the real rain started.  Good times.
Today is Saturday.  But every day is Saturday now.  I’ll have to tell you about the new trick my human played on us to get a few more minutes of sleep….
Have a good one.  Peace and paws up.
Seizure free days: 7