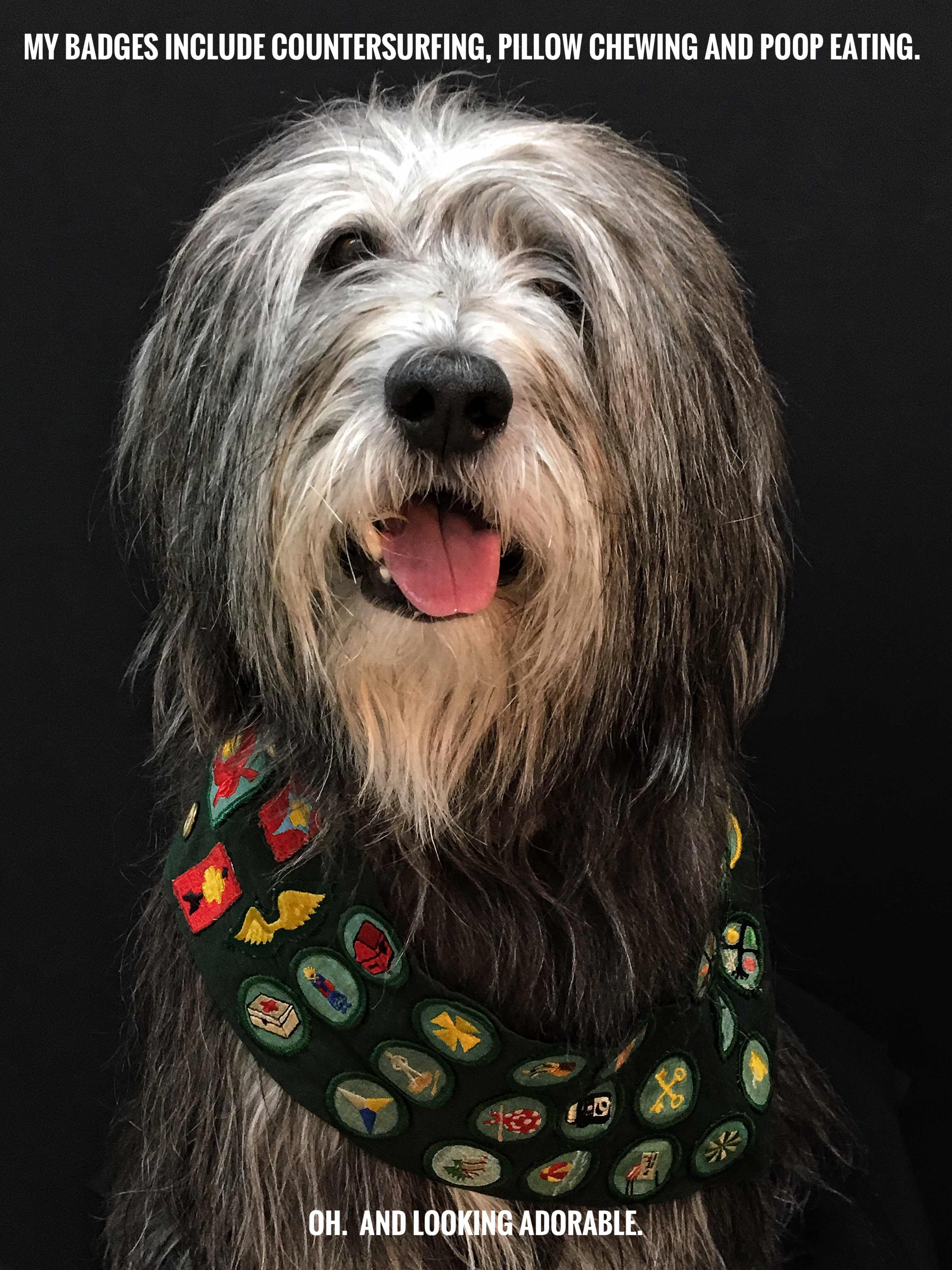 February 8.  And it’s Boy Scouts Day.  The Scouting movement originated in England in 1907, founded by a man named Robert Baden-Powell.  By 1910, the Boys Scouts of America was formed and two years later, the Girl Scouts of America was founded. Today, over 200 countries and territories have scouting programs for boys and girls.
In the US, the first merit badges were started in 1911. You basically had to show that you had knowledge about a certain subject – and you could demonstrate some skill in the area.  I checked back to see what the subjects were for those earliest badges – and was a bit surprised. For example, one was bugling.  And it appears to still exist.  When is the last time you saw a kid bugling?  Other early ones included horsemanship, forestry and first aid.  Which aren’t all that surprising.  But another early one was electricity.  Wonder how many wavers have to be completed for that one today…
In 1938, they added a Dog Care badge.  It was revised in 2003 and more info was made available in a pamphlet in 2008.  I decided to see what is involved- I mean HOW HARD could it be.  Well.  No wonder they call it a MERIT badge.  It involves WORK.  Check out the requirements.
https://meritbadge.org/wiki/images/7/71/Dog_Care.pdf
In 1995 they added a Veterinary Medicine badge.  You probably have to perform surgery to get it.
Today the topics and themes range from moviemaking to programming to sustainability. I also saw that there is even a way to obtain a badge on-line.  My human could get that one.  An on-line shopping badge.
She was in the Scouts from a young age right up until she was a teenager.  It helped to have a mother who was a Scout leader for some of those years.
I actually found a Pet Care badge on her sash. Clearly the requirements were not as stringent as the current Boy Scout requirements.  And clearly no one knew about how she dropped the gold fish bowl in the sink- with the fish still in it.  He reportedly went to the fish rainbow bridge shortly after the trauma.  And she obviously has forgotten any knowledge of dog obedience training she might have known back then.  Wonder if they can take badges back?  Wonder what the Statite of Limitations is on rescinding badges…
I could get badges- for countersurfing, paper shredding, dryer lint eating…Oh and photo modeling. Here’s a hint – Easter is coming. And my human has already begun taking pictures….
I could really get a badge for patience..
Have a good one.  Peace and paws up!
Seizure free days: 6