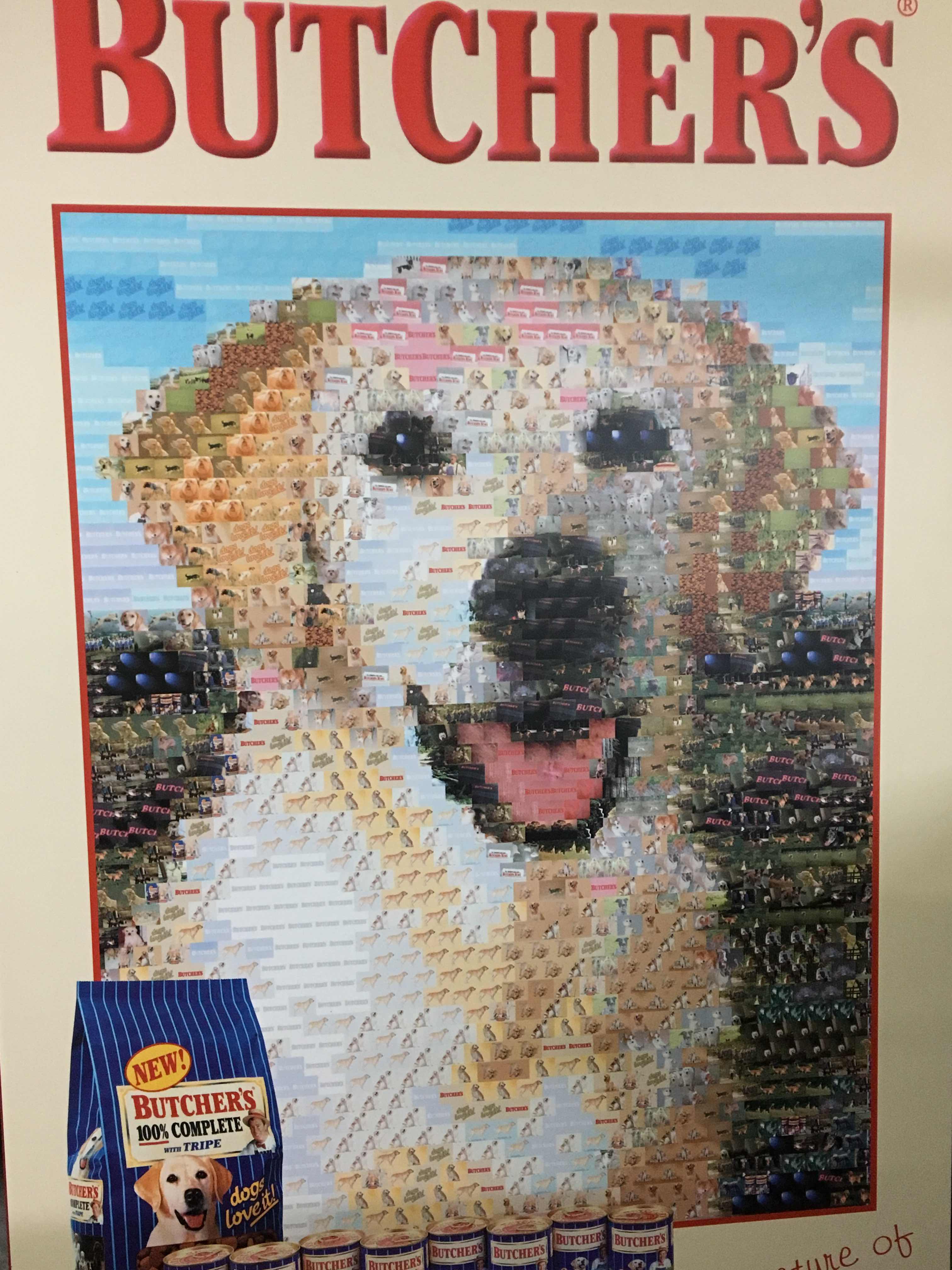 My human is officially retired. She only came home with two large boxes and a couple of grocery bags full of stuff that will likely sit in the garage for at least a year without ever being opened.  And THEN maybe she will rid herself of the contents.  We could do it well before then.

When she got home, we ran into the garage and then out to the side yard pen to pee.  No long walks on the luge run- we had snow, then rain, then freezing temperatures and finally a dusting of snow – to cover the ice on the luge run.
As we raced out to pee, one of us immediately noticed the new boxes and had to give everything a thorough inspection- the FG.  He had to sniff and examine everything- he could have a job working for customs.  He doesn’t miss a thing.
Besides the boxes…she brought home “the Labrador.”  And like everything in this house- it has a story.  The Labrador is a 40×59 inch poster of a dog food ad that my human “obtained” at Crufts in 2002.  The show was over- and she had admired the yellow lab ad – because she owned a yellow lab at that time, named Beamish.  She somehow managed to get one of the posters – and somehow managed to roll it up and get it home.  She then asked her “ex” to take it to a framing place- to see if it could be mounted on a foam core backing.  There was a bit of a mix up – and somehow the poster got mounted on a huge board. – making it rather heavy, and its transport not so easy.  At that point, my human calso realized she really had no place in the house for this new lab.  So- it went to her office. And when her office was relocated twice, the movers carefully moved the lab to each location.
The lab is actually pretty cool – he’s a mosaic made of little  photos.  He proved to be an excellent conversation starter. 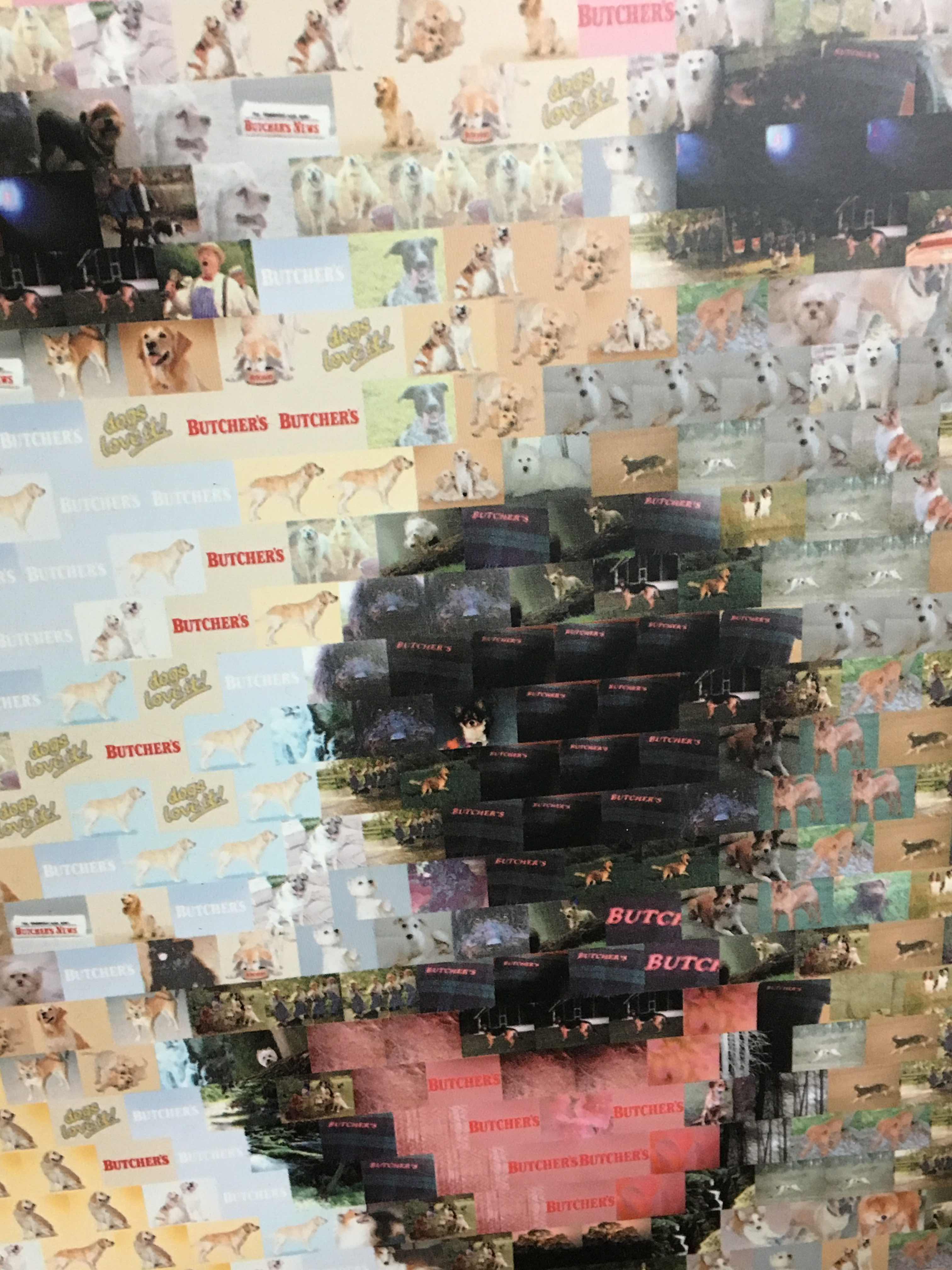 So now, thanks to a friend’s truck the lab is home.  In the garage.  I think he may be looking for a new home.   He may have to go into rescue….
Today we will be sure to keep the my human busy on her first day off. This is going to be such great fun!
Have a good one.  Peace and paws up:
Seizure free days : 8