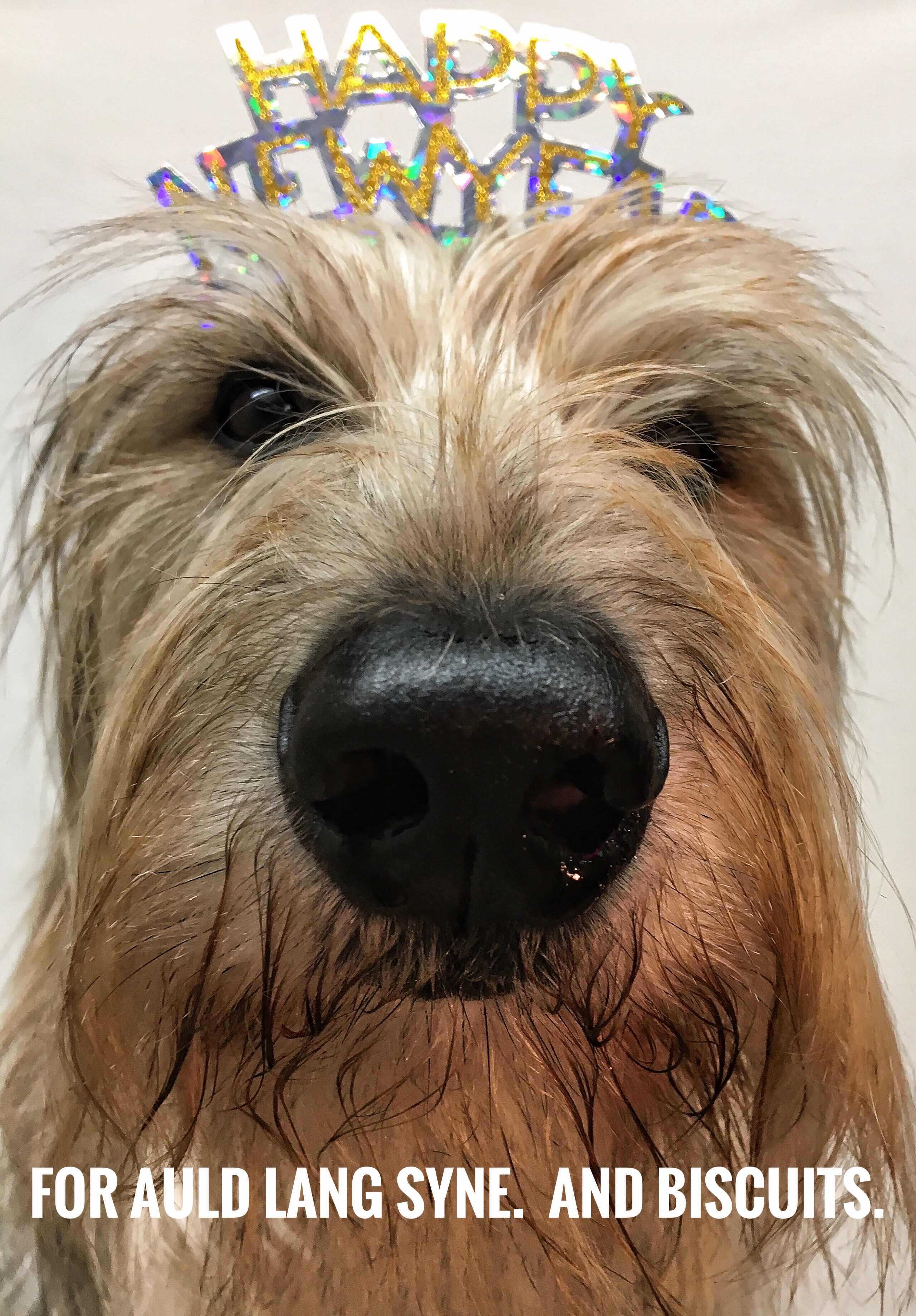 For Auld Lang Syne…  OK.  It’s not New Year’s.  But do you know who WROTE Auld Lang Syne? It’s a poem written by the famous Scottish poet Robert Burns.  Or Robbie Burns as we like to call him in Halifax.  And today is his birthday!

Burns lived from 1759-1796.   Just 37 years. He was a poet and lyrist who is regarded as the National Poet of Scotland – but he is well-known around the world.  Here in Halifax we even have a Burns Club – which celebrates the life of the poet and promotes Scottish culture.  There are only 37 male members in the by-invitation-only club – one member for every year of Burns’ life.  They like to get together and do things like eat haggis.  OK – I don’t know about the haggis part – but they do regularly meet.  And they will be meeting and singing songs under Burns’ statue in the park today – and they will later be having a social – at a local pub.

So that’s all interesting – BUT did you KNOW that Burns loved dogs?!  And he was owned by a border collie named Luath.  Luath was his constant companion, and several sources say that Luath introduced Burns to his future wife – by stealing some of the woman’s laundry!

Luath died tragically in an accident- the night before Burns’ father’s funeral.  Burns was so upset over the loss of his best buddy, that he wrote a famous poem The Twa Dogs,  featuring Luath.
There are statues of Burns all over the globe (at least 60!)  and several feature Burns with Luath – in Boston (USA), Dumfries (Scotland) and in Ballarat (Australia).   Our statue in Halifax doesn’t have Luath.   Guess I have to contact the club to see about getting a new one.   Note that I will have to contact them … my human cannot do so as it IS a men’s only club.  I’m not saying another word about THAT.  Cough.  Cough.
Anyway, today you should lift a glass of whiskey and make a toast to haggis and Burns.  We dogs can skip the whiskey, but bring on the haggis!!!!!
Have a good one. Peace and paws up.
Seizure free days: 2