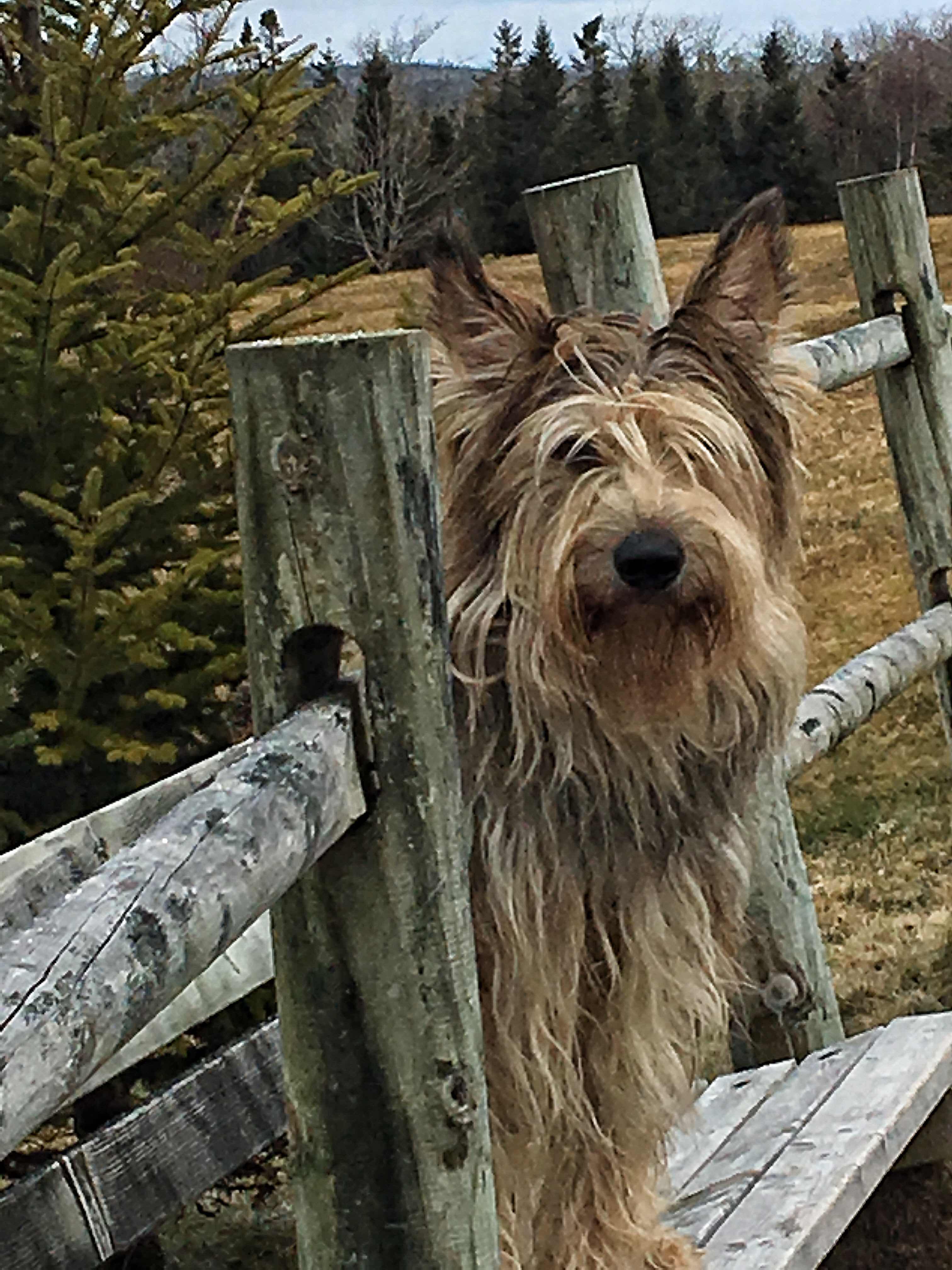 In our household, taking out the garbage can be a death defying act.

Our garbage pick up is on a rotating cycle.  One week they will pick up “regular garbage” – basically the stuff that cannot be recycled and the next week they pick up the organics bin and all the recyclables.

Now to appreciate this story, you also need to keep in mind that our driveway is probably 200 yards long.  And part of it is on an incline.

Two weeks ago was “regular day”.  And for some unknown reason, we had two cans full of stuff.  My human actually lugged the cans into the vehicle and drove them up to the road.  In the dark.  In the early morning hours.  Unfortunately, it was a special weather day.  So before the garbage truck came, the snow plow guys came.  My human came home from work and found both garbage cans in the ditch.  Full. The plow guys had knocked them into the ditch.  There was much joy and laughter trying to get them out.  Not.

Fast forward to yesterday.  Another regular garbage day.  First, my human had to throw herself against the cans because they were frozen to the ground.  We yelled out instructions from in the house as we watched her headlamp moving back and forth, up and down.  She was finally able to extricate the cans.  So she came in to get the FG who would accompany her to the road – one can at a time.

Here’s a secret – when garbage cans freeze to the ground, their wheels also freeze.  So as my human struggled to drag the can up the incline,  it suddenly started making this high pitched LOUD squealing sound.  I mean REALLY loud.  Now remember who is on the other end of the leash.  Mr. Curious.  He stops DEAD in his tracks and stares at the can.  And looks at my human who is dragging it with all her might.  Well, the FG decides the weird sound is  just TOO much “fun.”   So he grabs his leash and starts pulling with all his might.  So we have my human pulling the can up the driveway and the FG attempting to pull HER into the WOODS.  And the squealing continues – which just fuels his pulling and dancing on the other end of the leash.  She makes it up to the road, leaves the can and heads back to the house – with the FG in tow.  The whole procedure is repeated.

As they are headed back to the house, the FG decides to have more fun.  It was just after the full moon – so the moon was bright in the sky.  And as they are walking  the FG stops and STARES at the tree tops.  Which are illuminated by the moon.  And he just stands and stares.  My human looks up, but doesn’t see anything.  But he keeps looking and looking.  As she tugs him along, he now stops to look into the woods.  Like he hears something.  By now my human is starting to get a little freaked out because he won’t move.  And she doesn’t want to KNOW what he hears.   She finally manages to get him moving and he suddenly decides it is time for some zoomies.  Luckily she sees the telltale tail tuck (that’s a tongue twister) so she braces herself and holds on tight.  She has visions of him getting loose on the ice rink yard – in the dark.  Luckily she holds on and manages to get him in the house.  Mission accomplished.

And now it was time for OUR walk.  I did hear her quietly praying as we went out the door. Never a dull moment.  Ever.

Have a good one.  Peace and paws up.
Seizure free days: 1