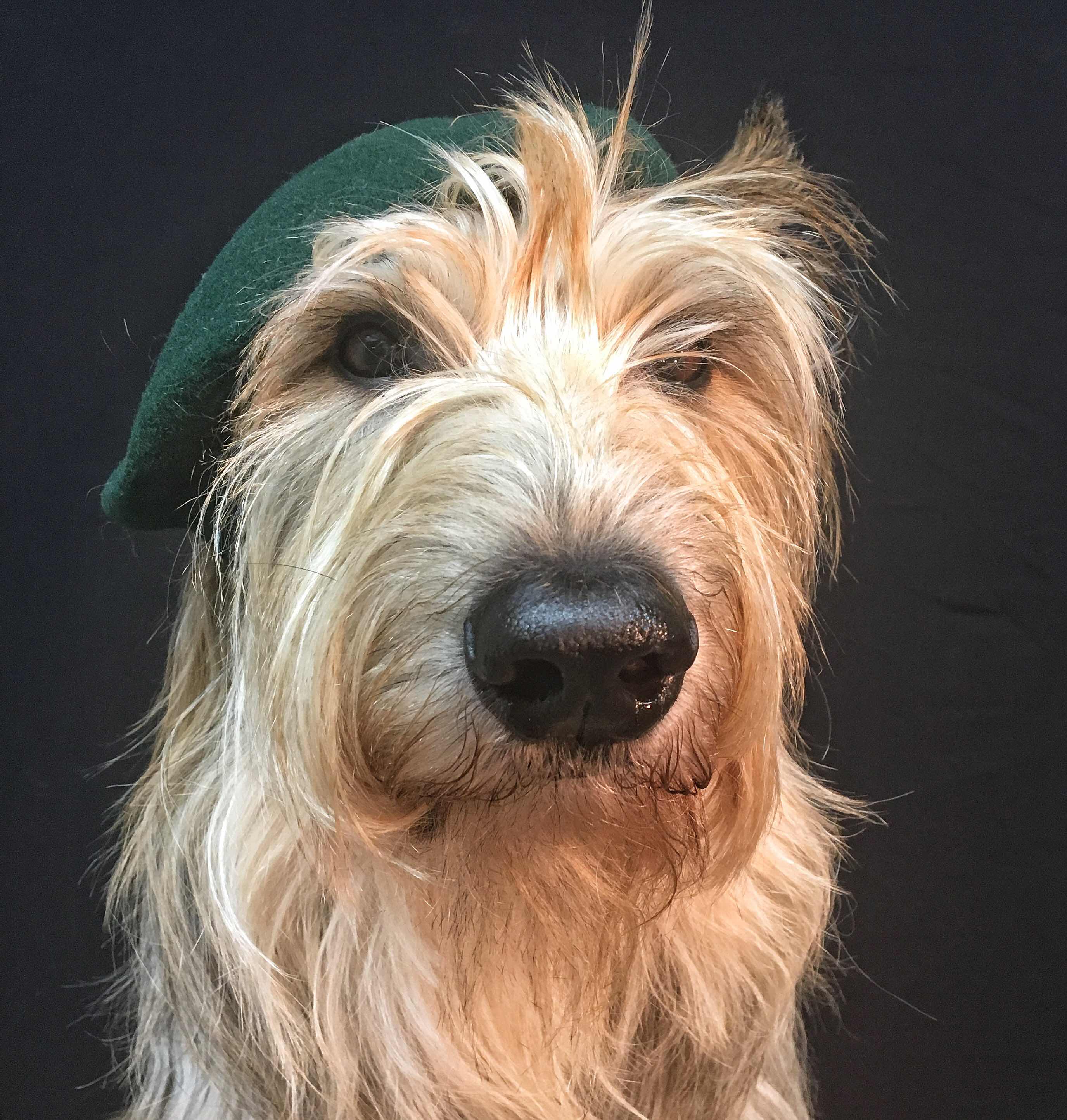 January 21.  And it is the birthday of Christian Dior, the famous French fashion designer who lived from 1905-1957.  Dior created his house of fashion, and although he only designed for his house for 10 years before he died, the name endured, with other designers subsequently creating under his label – like Yves Saint Laurent and John Galliano.  Many famous movie stars and political figures have “worn Dior” over the years – and the man himself even created a famous perfume.

So what does that have to do with dogs?  Well apparently Mr. Dior named each of his designs and in 1948 created  dress/suit – which he named “The Bobby” after his dog, Bobby.  He even created a limited edition perfume, and the bottle looked like his dog.  So obviously the guy liked his dog.
While Dior did not design apparel for dogs (thankfully),  some “rare” Dior dog collars have reportedly sold on EBay for over $500.  First off – while many designers DO cater to us canines, it does not appear that the House of Dior has done that.  So it is likely fake.  But lest you think that $500 is a huge sum for a collar, my human found one with diamonds totaling 52 carats that can be yours for 1.8 million.  She tried to find the website so she can order three.
She was researching because we DO need new collars….to be continued.
Have a good one.  Peace and paws up.
Seizure free days: 5