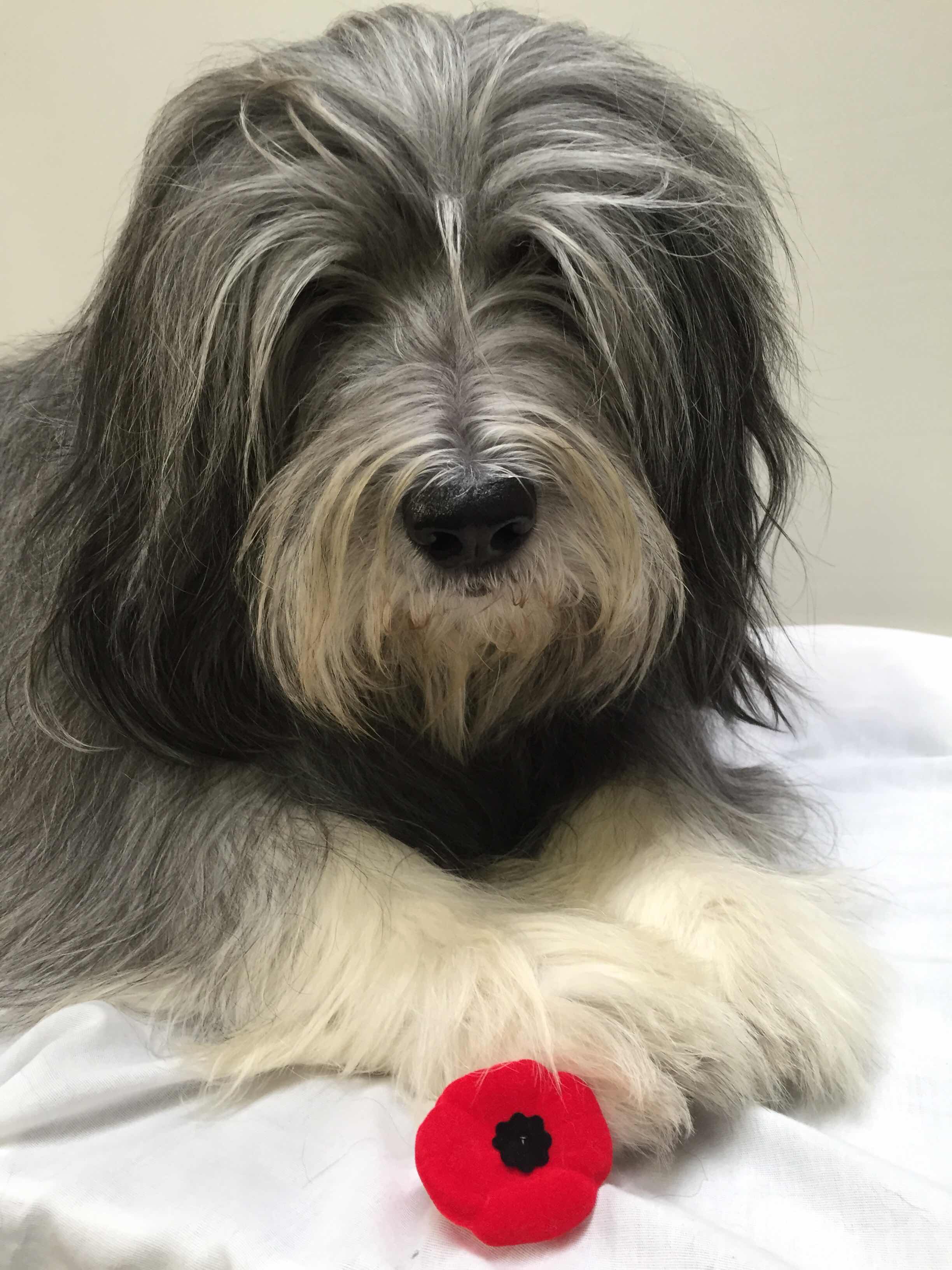 Well WHAT was I thinking about yesterday?!  Clearly in my struggle to not rant,  I became so confused with what I was saying that I had some very strange sentences in my blog!  And no- I was not drinking. We dogs are not allowed to drink! Although my post was so poorly written it looked as if I was suffering from a “too many treats” hangover!  Luckily my human caught the errors fairly early.  My apologies to readers who read the early agrammatical version!

Yesterday it poured rain here.  I mean POURED. A PON nightmare. My human had to drag us out the door.  Luckily, we made our deposits VERY quickly.  And then we lounged around most of the day.
Today is a very special day to salute Veterans.  And canine veterans as well.  I’m not referring to veteran dogs over the age of 7 in North America – I’m referring to those canines who have served in the military beside our human colleagues.  I actually went back to read my blogs from previous November 11 postings and, well, I think I said it pretty well in the past – so the blog from last year is probably worthy of a re-read.  And I don’t see any grammatical or spelling errors….

Today take a moment to honor those who have served.  My human remembers when she was in High School and students had to create a poster to honor Veterans.  She doesn’t have the poster (which is a miracle given that she is a pack rat and has everything ELSE she ever drew) but she still remembers the motto that her very wise father suggested:  “Those who serve deserve.  Honor a Vet.”  Those words seem very appropriate today…
Have a good one.  PEACE and paws up.
Seizure free days: 58