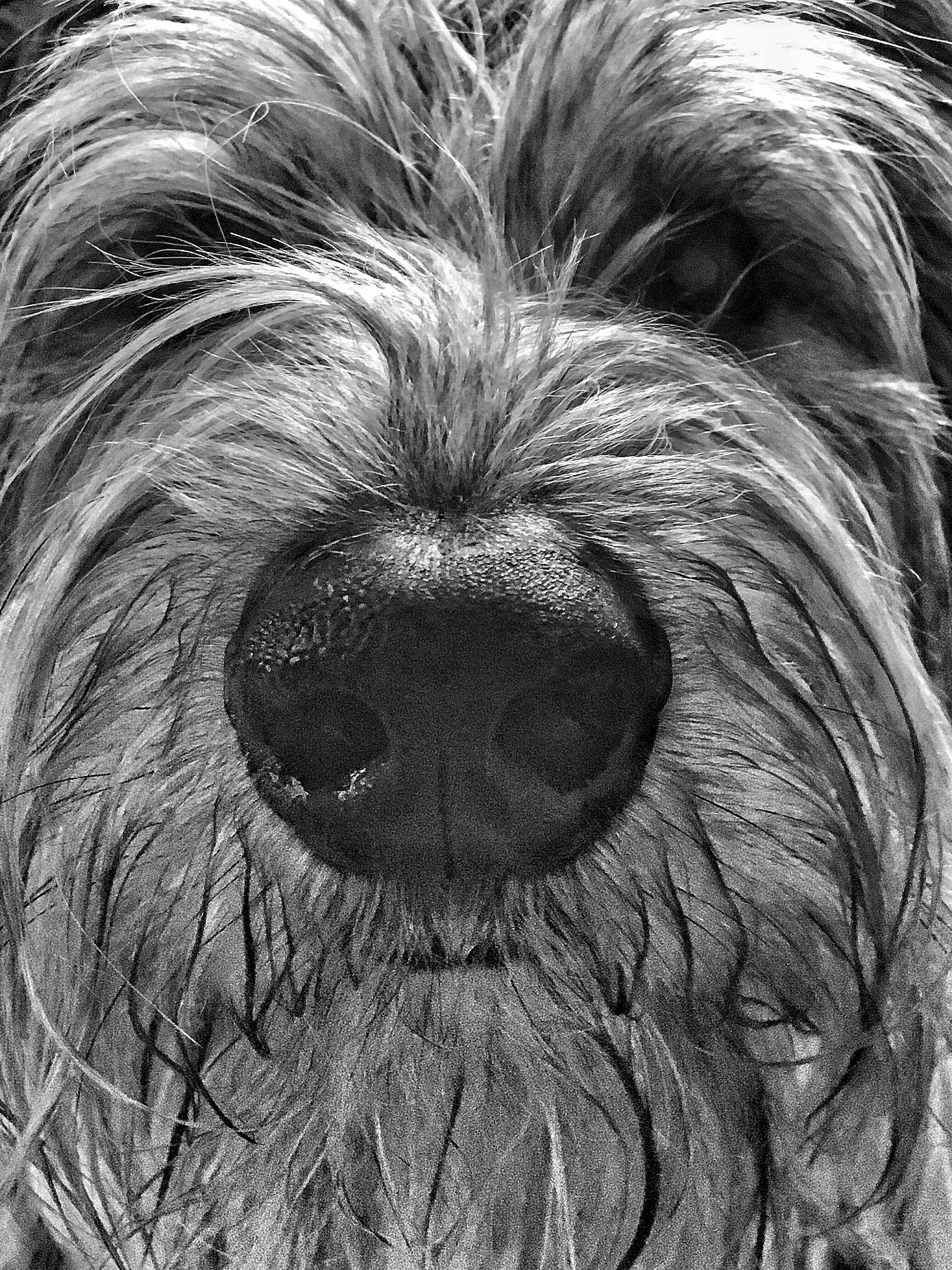 November 1.  And on this day in 1941, an American photographer by the name of Ansel Adams took a famous photo in New Mexico of a moonrise over the town of Hernandez , and it was said to be one of the most famous images in photography history. Google it to see the fascinating photo.  Adams is well known for his famous black and white photos in Yosemite National Park.  He was a naturalist and conservationist who dedicated much of his life to not only photography but to preserving and protecting wildlife.

I couldn’t find many dog photos by Adams- he was primarily a landscape photographer- but he did take photos of other things too. Mostly nature shots.
But the topic of photography got me looking for famous dog photographers.  And there are PLENTY.  One is William Wegman who is famous for his photos of Weimaraners. Here’s a short video featuring him:
https://vimeo.com/255932028
Then we have a guy by the name of Jesse Freidin.  I liked his views on dogs…and some of the projects he has done.
https://m.youtube.com/watch?v=AlVNRqQJhoY#
Here’s a guy who basically travels the world, stops people and takes photos of their dogs.  He’s the Dogist and his work went crazy on Instagram:
https://vimeo.com/153902405
My human has a great friend, Janet who is retired from the US military.  I’ve written about Janet before – and her heroic role at the Pentagon during 9/11.  And I have also written about her retired military working dogs – the late great Emzy and her current girl, Ares.  Since retirement, Janet has completed a degree in photography and is now a Pet Photographer.  Janet does a lot of pro bono work for a military working dog program.  My human is so proud to call her a friend. Here is a sampling of her work:
https://www.aresemzyphotography.com/portfolio/
That is just a snapshot (pun intended) of the many amazing dog photographers out there.  Now while Ansel Adams deserves credit for his incredible photography- let’s face it, it’s not like he had to make a tree stand still.  He also didn’t need to know how to make a variety of barking and unusual sounds.  He also didn’t have to carry around a squeak ball. Or yummy liver bites.  Sure he was GREAT – but I have to give credit to dog photographers who can capture an amazing photo of man (and woman’s) best friend- and tell a story through that image.  And heaven knows – when you are owned by a dog, you have lots of stories to tell.
Have a good one. Peace and paws up!
Seizure free days: 48