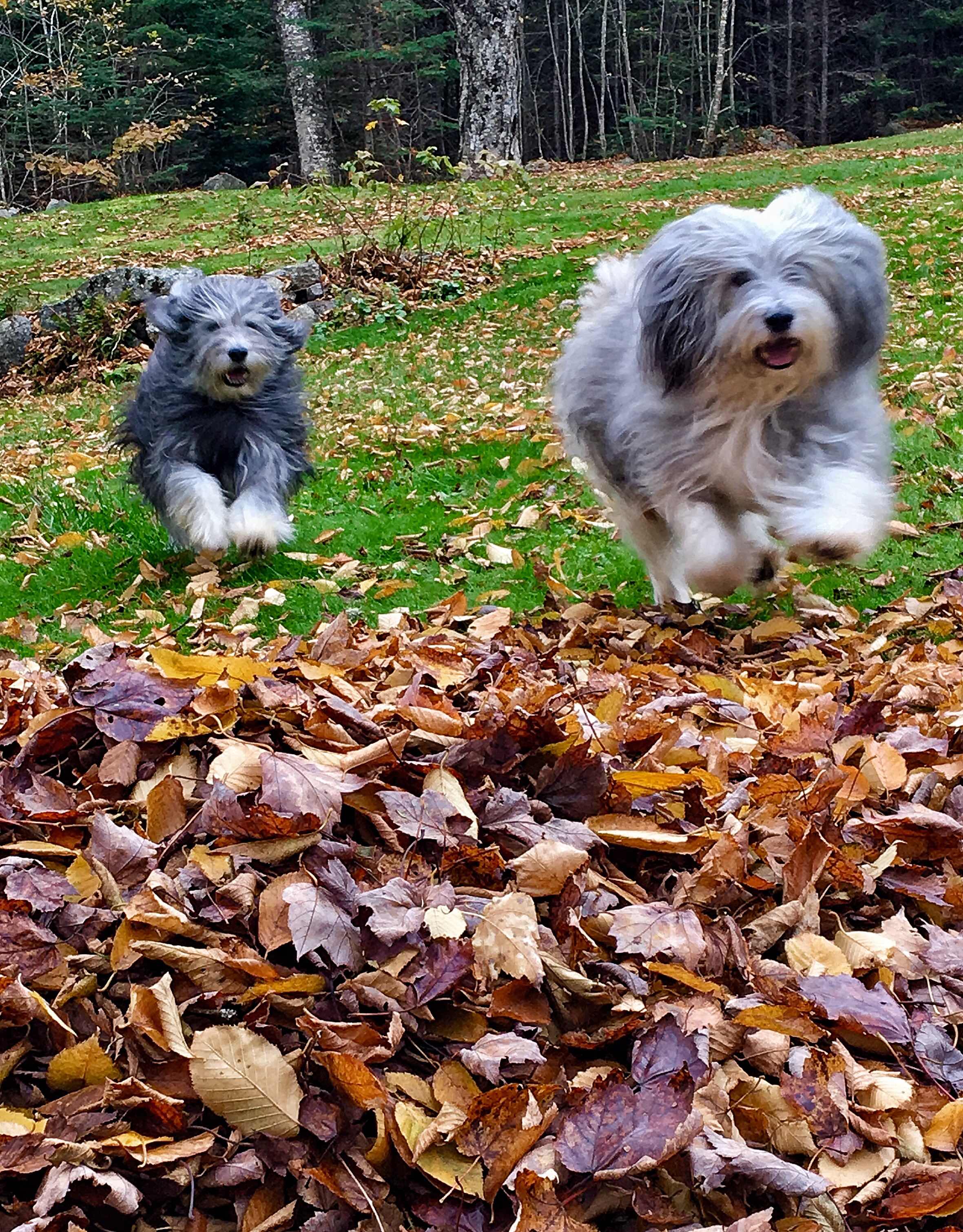 Well I had a pretty great birthday.  It began with a long walk in the morning – which was fun.  It was  a crisp, sunny day.

In the afternoon- we didn’t REALLY have the BEST time.  We had to do some obligatory leaf photos.  Does the woman not have enough photos of us YET?!  But she DID have dehydrated beef lung – so who can pass up THAT?!  Sure I’ll pose for pictures when you have that kind of a bribe. So it was ok.
I got loads of birthday greetings.  My human was jealous of all greeting I received- from as far away as JAPAN!!! How awesome is that?!  Thank you to everyone for all the best wishes.
And another super neat thing about the day…get ready for this one.  My human went for dinner with her sister to their favorite haunt – Martin’s Kitchen.  It’s located at the golf course in our neighborhood..  The chef is amazing – he serves world class food.  But the best part? He read my blog and saw it was my birthday.  So he prepared  a meal – just for ME!!! Chicken and rice and veggies.  It was awesome.  I even shared some with Einstein and the FG.  And guess what – the FG ate EVERYTHING in his bowl.  Of course he did. Beats my human’s cooking.
So all in all (even with the photo shoot) it was a perfect day.
I mentioned yesterday though, that I have a problem.  It’s about my blog.  Last week…well I tanked.  What do I mean?  Well I track my readership and ever since I’ve been writing, my numbers have gone up.  Slowly but surely.  But last week- well my numbers plummeted!  And I don’t know why?!  Was it something I said?  Didn’t say?  I mean I didn’t say anything that supported or condemned any political party.  They’re all crazy anyway.  I didn’t make fun of the Royal family.  And why would I – they’re dog people.  I didn’t use any politically incorrect language ( that I remember anyway).  I didn’t trash any of the radical animal rights groups.  At least not last week.  I don’t think I used any sexist terminology.  Even though we boys rule in this house.  Just kidding.  Sort of.
Anyway, if anyone can think of something that I did – can you message me?! Maybe I’m just getting boring in my old age.  Now that I’m a “senior.”  Although I was happy to find out that 7 year old dogs in Europe are not considered seniors!  I’m moving there.
Thanks again for all the greetings.  I appreciated them more than you’ll ever know!
Have a good one. Peace and paws up.
Seizure free days: 44

One thought on “Birthday. Postscript.”