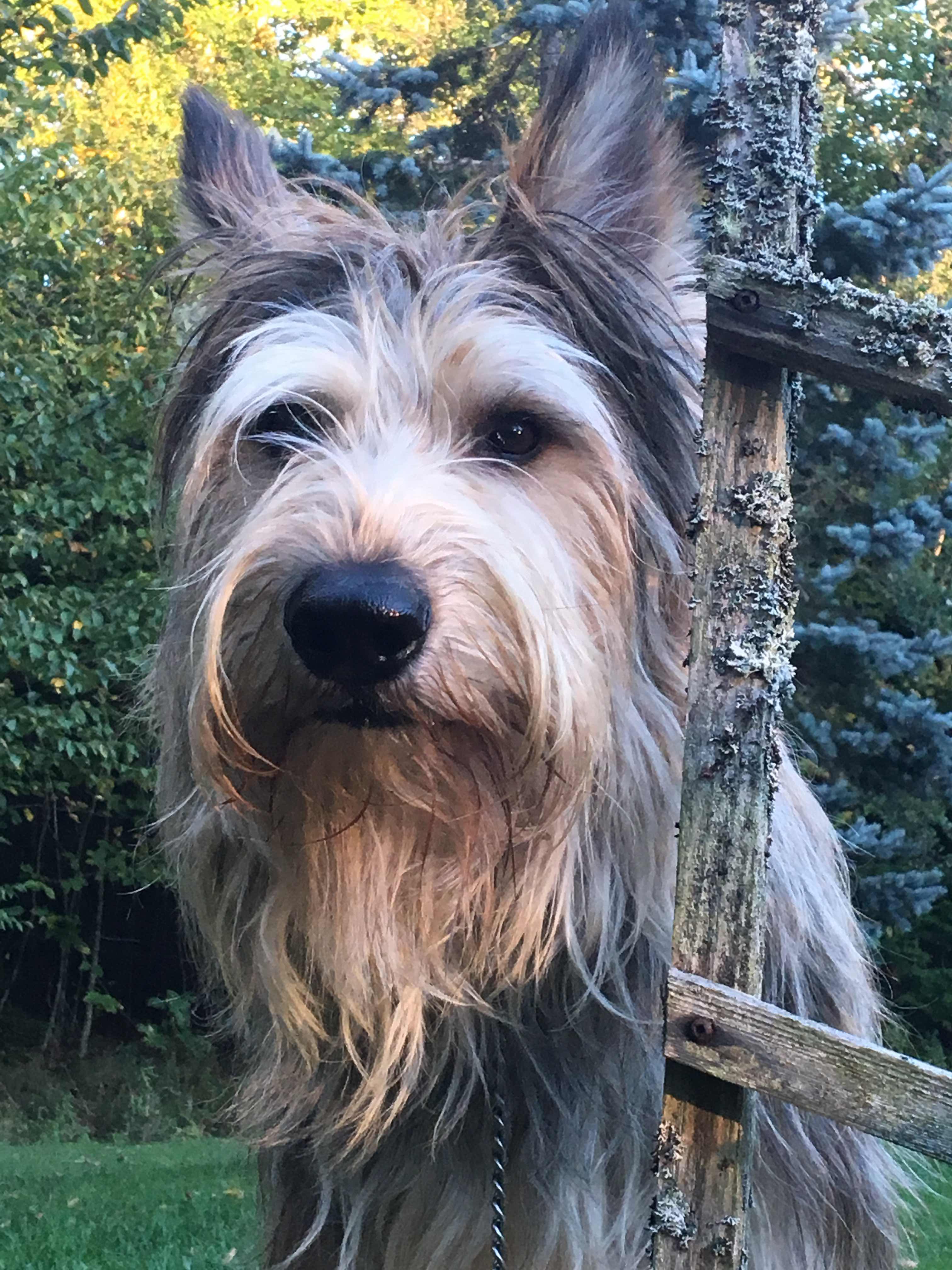 So who is training who….

My human continues to battle it out with the FG on the eating issue.  Yes, she knows that she should just put the food down, take it up if he doesn’t eat it, put it down again, etc.  And eventually he WILL get hungry and will eat.  But it kills her when she adds all kinds of yummy ingredients and he STILL looks at it and walks away.  If the additional ingredients are moist, she ends up throwing away the whole bowl after two meals.  So we have seen a LOT of food going in the garbage.

BUT.  And here is the big BUT.  He WILL eat treats.  And he is right there when she is eating her yogurt and her banana in the morning.  If he thinks that Einstein and are getting something yummy, he will come over to share in the bounty.

So Monday morning, after the burr-a-thon, my human had an idea.  We PONs gobbled down our food.  And the FG just snubbed his nose at his food bowl and looked all dejected.  So my human picked up his bowl and put it on the counter.  She called us all over – like it was treat time.  And she gave Einstein one piece of kibble.  And then gave me a single kibble.  And she gave the FG one.  She repeated the process, except, she gave the FG five kibbles.  And he ate them.  She continued. Einstein – one.  Me – one.  The FG – a handful.   AND HE ATE IT.  This is from HIS bowl.  The same stuff that he snubbed his nose at only 10 minutes before.   She managed to get him to eat almost his entire bowl of food with this technique.

Yesterday morning she tried again.  But this time he wasn’t as keen.  While Einstein and I were ripping her fingers off trying to get a single kibble, he just went to lie down.  So this time, she put the kibbles right in front of him on the floor.   Five, then six, then a handful.   And yup – he ate them.  Again she managed to get him to eat most of his meal.

Now I don’t know how long it will be before the FG realizes he is eating the same stuff he ealier refused.  Once before she thought MAYBE he didn’t like his bowl – so she changed it.  That didn’t make much of a difference after a few days.

It’s kind of fun to have a breed that is almost as stubborn as us PONs.  And it’s also great fun to see how good he is at training humans.  Now if I can JUST train him to open the garage door…

Have a good one.  Peace and pawsup.
Seizure free days: 27