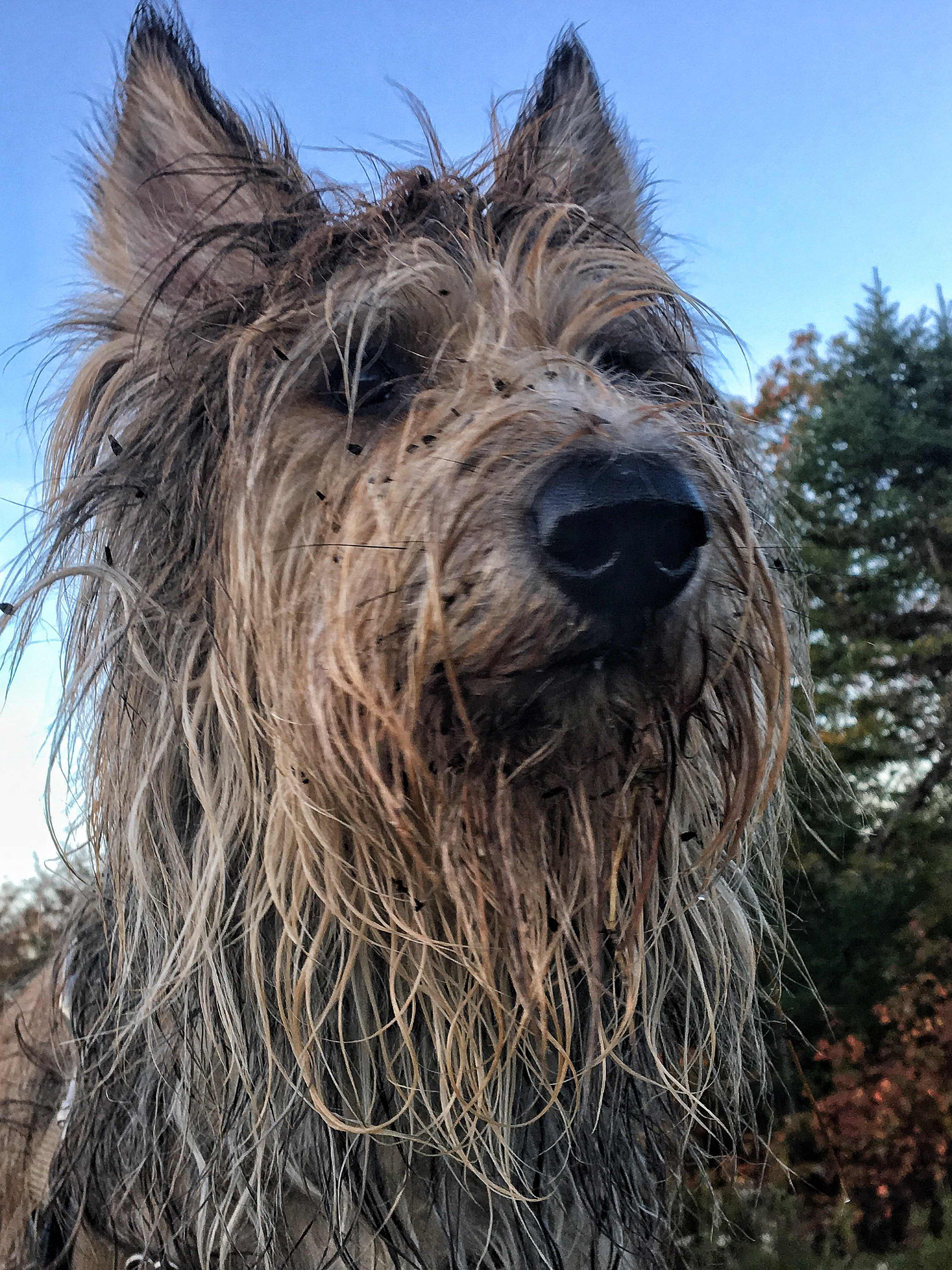 Well we survived the Blessing.  But sprinkling us with Holy Water certainly didn’t make one of us more holy…

Yesterday was a beautiful day.  We PONs got the first walk of the morning just as the sun was starting to come up. I’m still a bit gimpy – but better.  Still my human wouldn’t let me run around off leash.  Drat.
Next the FG went out.  It was light by then, and my human figured he needed a good run.  So she took the long line, grabbed a fetch toy and headed up the the golf course, because it wasn’t open yet.
The first part of the adventure began with some “poop” issues.  The FG ended up (pun intended) with some cling ons. So my human figured if he headed for a pond, she wouldn’t stop him.  When they got to the course, she put on the long line and hauled out the fetch toy.  His brain exploded.  He loves to chase that thing. Bringing it back is still another matter.  But my human heaved the toy and off he went.  And he actually came back!  She was all excited.  But not for long.  The next time he ran out, and came back but stopped about 10 feet away.  My human had to retrieve the toy.  She’s great at it.  Next try, same result.  By this time they approached a pond, and Flipper dove in. Cling on problem solved.  My human heaved the toy. And he raced up a hill to get it. He grabbed it and then looked in the distance.  He dropped the toy and off he ran.  My human raced up the hill to see where he went.  She spotted him with his head in some brush at the side of the cart path – in the rough.  She called thinking he would never actually come, but much to her amazement, he looked up and dashed right to her.  She was so excited.  Until he got up close.  And that’s when she saw what was to become a morning “project.”  The brush he had gotten into was full of tiny flat Prong Burrs. 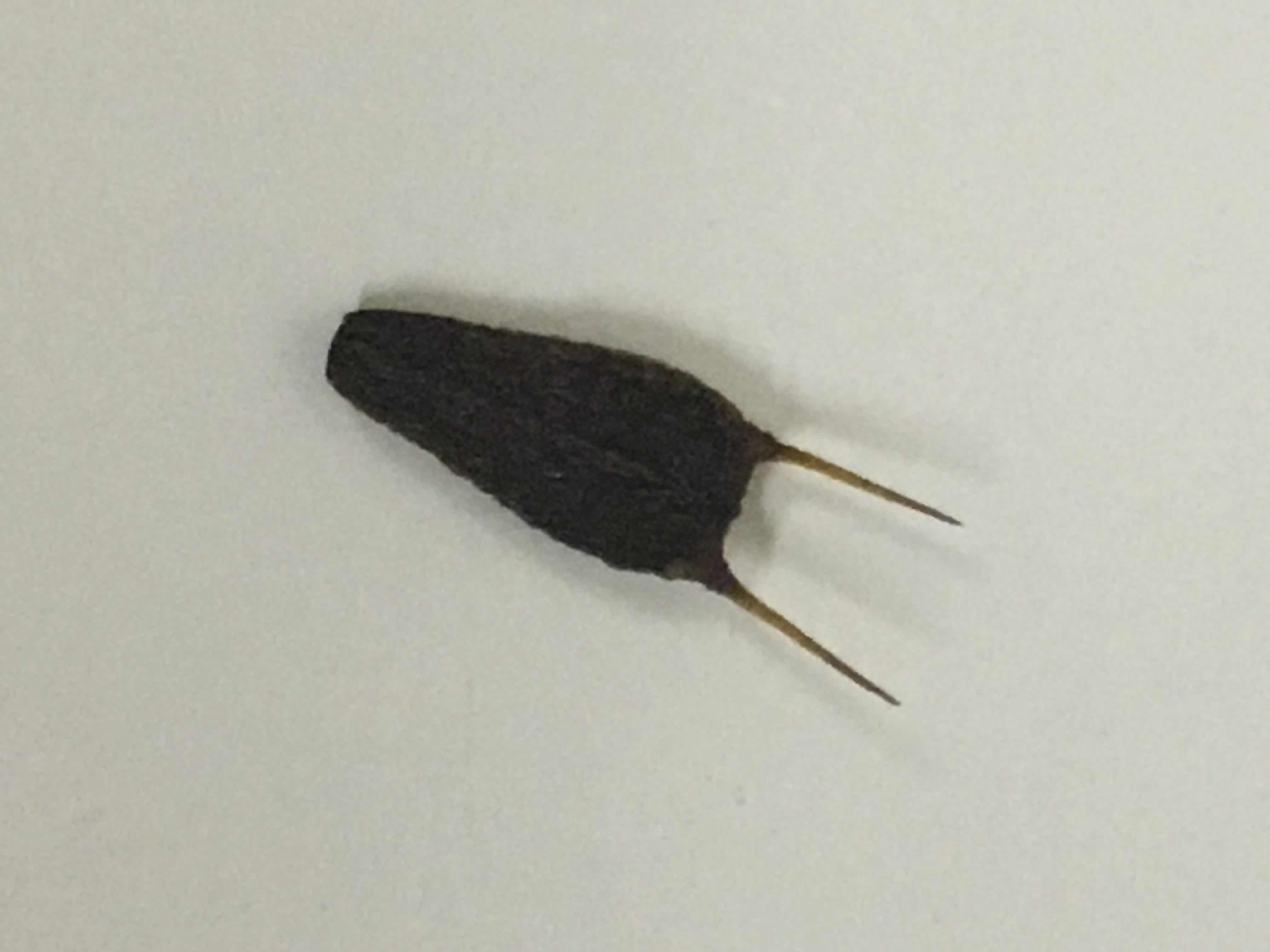 Dozens of them.  You can see them a BIT in the photo, but the photo really does not do his mess the proper justice.  They were clumped under his chin.  All around his ears.  All over his front legs.  His back legs were mostly spared but not his back feet.  He was a disaster. But frankly, he didn’t care.
My human sighed and marched him home.  He was immediately taken to the Torture Palace, and put on the grooming table where the removal process began.  She was able to get out some with a comb, but many had to be picked out. Neither of them were happy campers.
She ended up giving him a bath when most were out and between the shampoo and the dryer she figured she had 95% of them.  When he was done he raced into the dining room and rubbed his face in the carpet. Probably not unlike the move he made that got him into the mess.
Guess who will be staying on leash again…I hate to think what would have happened if he hadn’t had the Blessing…..
Have a good one. Peace and paws up.
Seizure free days: 26