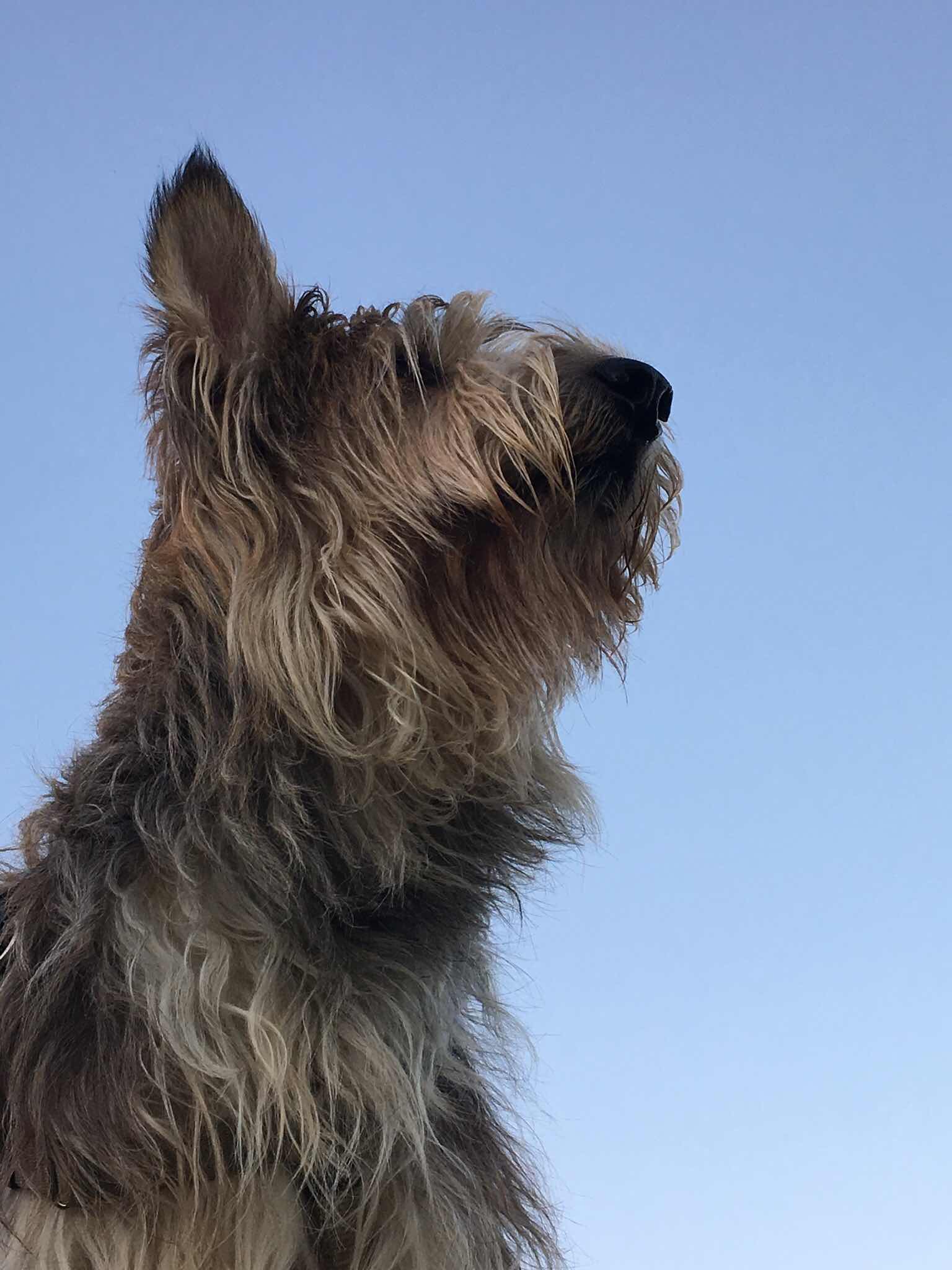 So how does one trick a Picard into eating?  OK. My human KNOWS that he WILL eat when hungry, but she has been trying REALLY hard to get some weight on the picky Picard- so she has followed all kinds of suggestions.  She got a food for active dogs.  He liked it for a day.  She added freeze dried food.  He liked it for a couple of days. She rotated foods.  He’s on to that.  She added low sodium chicken broth to his food. Shouldn’t have bothered – because the food just gets soggy and she has to throw it away.  He watches us PONs hoovering our meals but he doesn’t care.  My human discovered that he likes bread- so out of desperation when he turned up his nose at yet another meal, my human gave him an English muffin. He tossed it around like a hockey puck and finally ate it.  While we PONs were sequestered in the hallway watching with envy.

The next day she put an English muffin torn up in with his kibble.  He stood and stared at it for two minutes, like he was waiting for it to move- and finally walked away.  This time my human went in the freezer and pulled out a striploin steak.  Yes.  We are talking a combination of desperation and insanity.  She put part of it in his bowl. He ate it.  The next morning, when offered the remainder of the steak, he walked away.  I think she started crying.  And so did I.  Along with Einstein.
Now my human realizes she is enabling this behavior.  But as I said, she KNOWS he is skinny- and really wants to put some meat on his lean frame.  To top it off, she has him refusing to eat and the two PON vacuum cleaners trying desperately to open the French door to get into the hall where  the picky Picard is standing.  We should put a blood pressure cuff on her at mealtime.
This is the start of a new week so she has vowed not to let it bother her.  He’ll eat when he wants.  She just needs to keep repeating that phrase….Maybe she should just throw some pieces of carpet in with his kibble…
Have a good one. Peace and paws up.
Seizure free days: 17