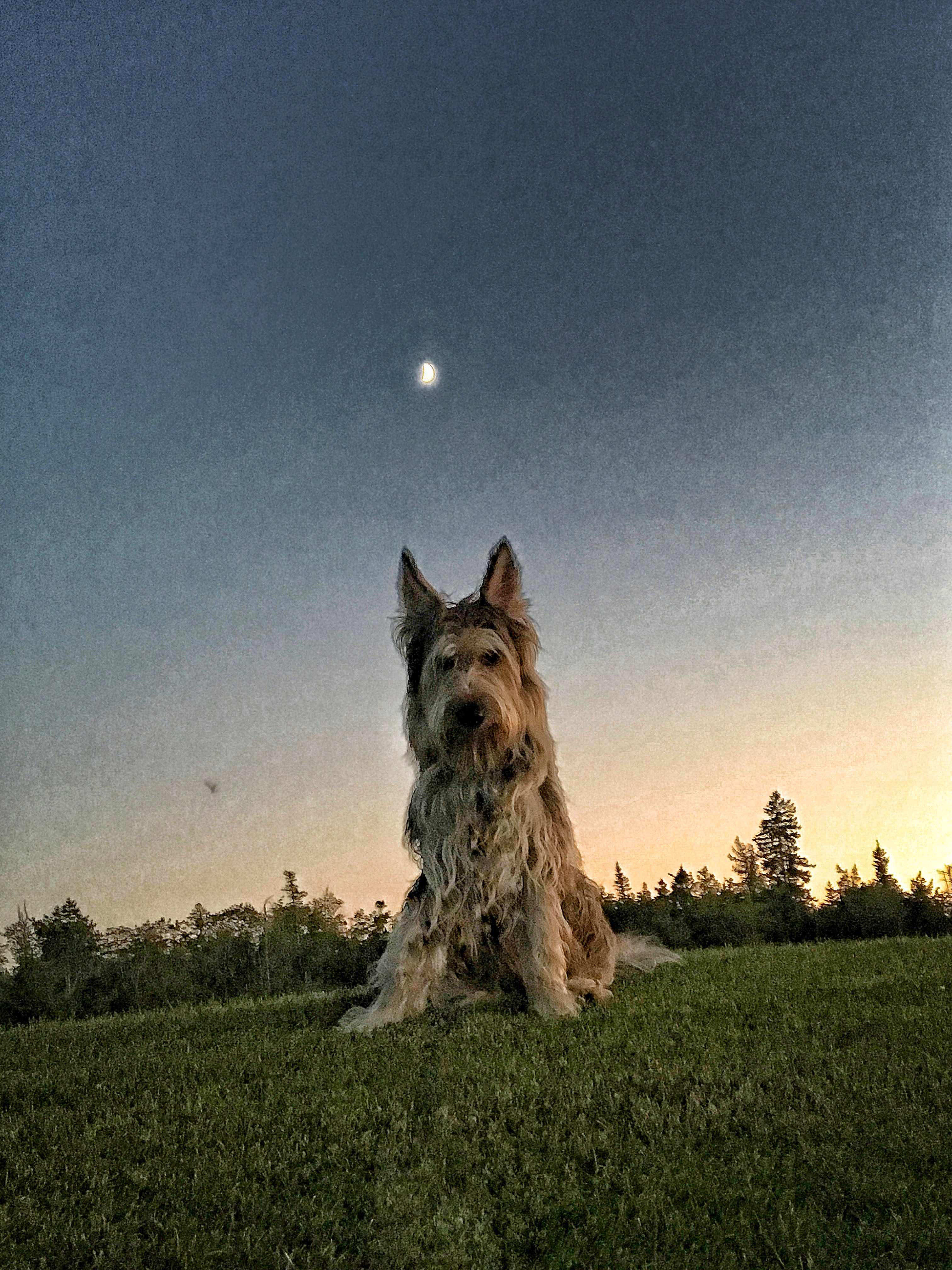 My human woke up in the middle of the night and the first thing that ran through her mind was a game she played as a kid – called Twister.  For those not as ancient as she is – the game involved a floor mat with different colored circles.  A wheel was spun and it would direct the players where to place their right hand and foot, left hand and foot – on a specific colored circle.  Resulting in a variety of contorted postures!

So why was my human thinking of that childhood game in the middle of the night?  Because that’s what it’s like with us sleeping on the bed.  She sometimes can’t put her legs straight down.  She has to be curled up, or lie crosswise.  She never knows if she’ll wake up with a dog sprawled out on one of her arms, effectively pinning her down on one side. She wakes up with her neck in a weird position,  sometimes resulting in a sore kink for the rest of the day.
Contortions are one thing.  She also has to contend with one dog on the bed. Two dogs on. Three dogs on. One gets off.  Two get off. One gets back on. Everyone gets off.  You get the idea.
And the thing that actually resulted in a total bedroom eviction the other night ( which RARELY happens) was licking.  Two of us were warned that inappropriate licking needed to stop.  One warning.  Two warnings. The next thing you know, all three of us were marched OUT of the bedroom and she put up a baby gate. Seriously?!  Seriously.  At 4AM, Einstein could no longer stand it – so he started barking out his demands to come in.  She relented at 4:30.
It would be nice if we could blame these nighttime escapades on a Full Moon.  But the reality?  The phases of the moon have nothing to do with it. We are just wild at night.  Come to think of it…it’s not that different from daytime!
Ya gotta love us.  Don’t ya….
Have a good one. Peace and paws up.
Seizure free days: 16