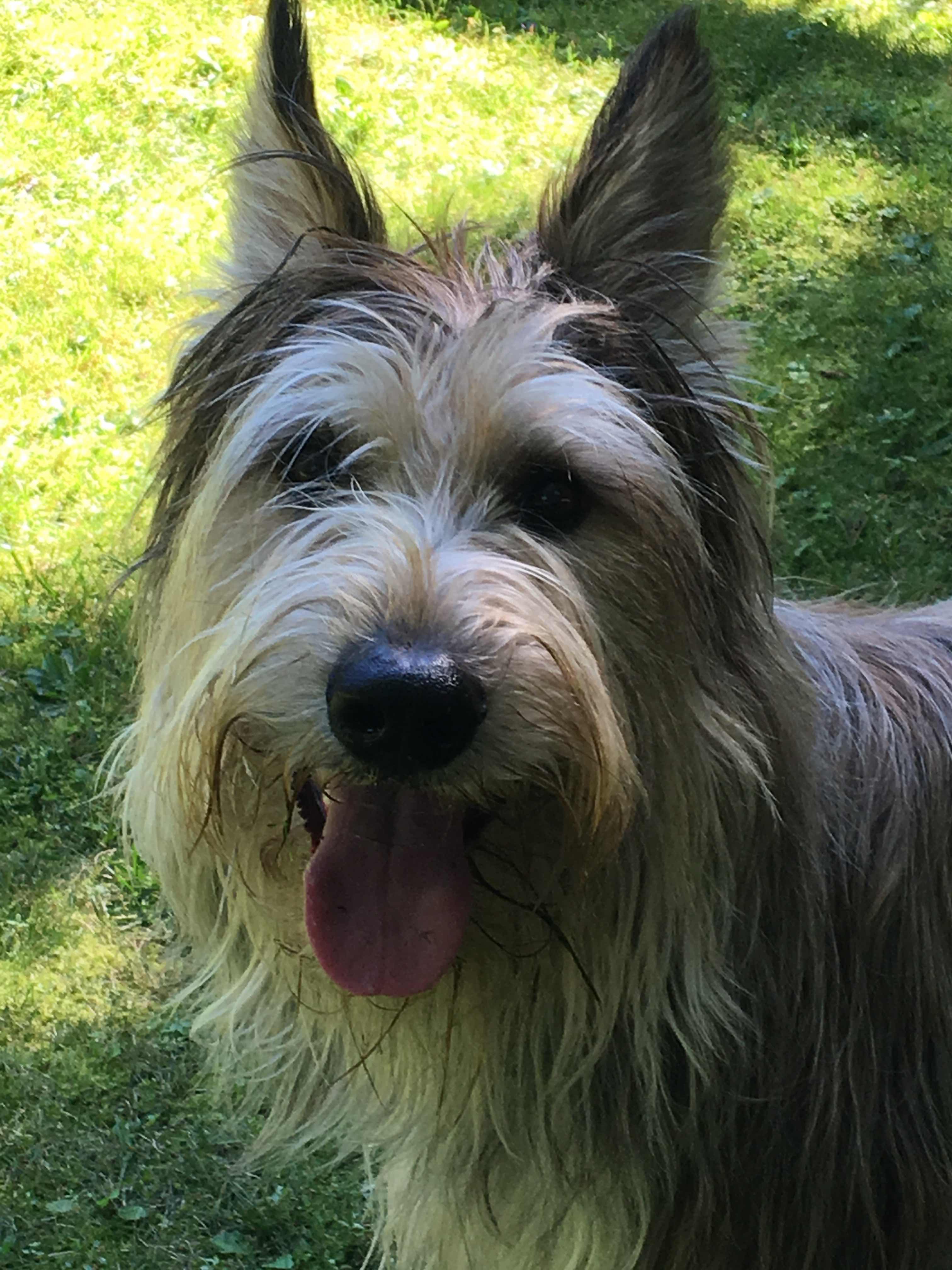 It was only a matter of time…

On Thursday, my human had a super busy morning at work.  She was actually busy until 1:00, when she finally took a break to grab a coffee.  And while she was having her beverage, she decided to check in on the homefront via Big Brother. Perhaps not the best idea- or MAYBE the timing was just right.
She turned on the camera at the exact moment that the FG just “happened “ to be doing something – just below camera view.  But she could just see the top of his head.  And it was moving in an odd way.  And she had a feeling she knew what was happening.  He was chewing on the corner of the carpet- in the one area not protected by the chair barricade.  She turned on the microphone and like during the previous carpet chewing caper, instructed him to “Stop!” whatever it was he was doing.  He sat up and looked straight up at the camera.
She realized she was probably too late- and couldn’t bear to watch any more.  Although about 10 minutes later she did tune in again and saw he had moved.  It’s like watching a scary movie – you want to see what’s happening- but you look through your fingers.
When she got home, she immediately came in to check the rug.  Sure enough.  He had started his handiwork.  Make that teethiwork. 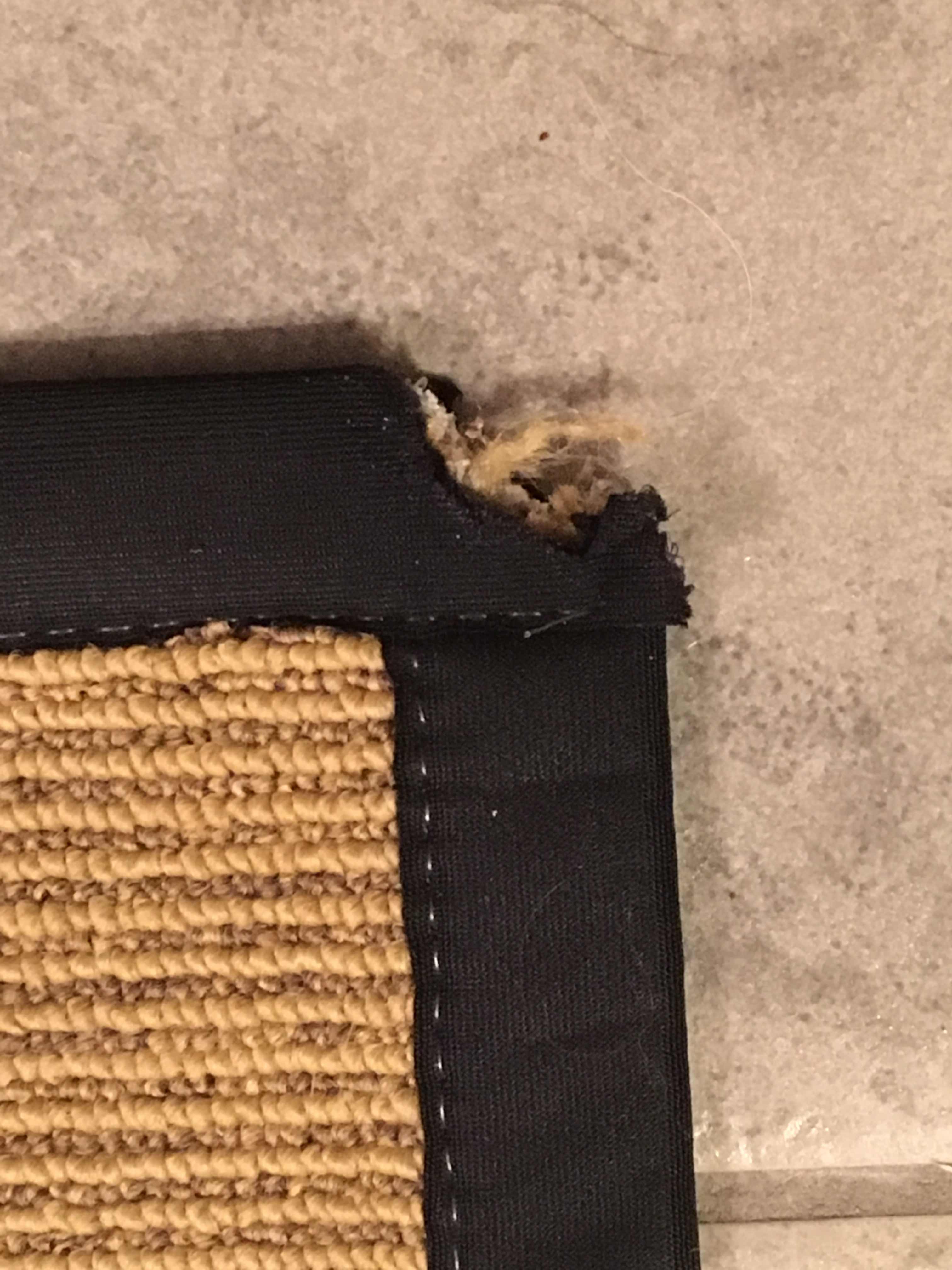 She looked at him and sighed. He didn’t have a clue what he had done when she uttered the infamous “What did you do?” phrase.  As IF he would say”Why I chewed the carpet. Hope it’s OK.”
After supper, we were all sequestered on the deck while she attempted to repair the binding with some black fabric.  Trust me.  The following photo looks better than the actual rug.  Her steamstress skills are NOT her forte.  But at a distance of 40 feet, it doesn’t look bad. 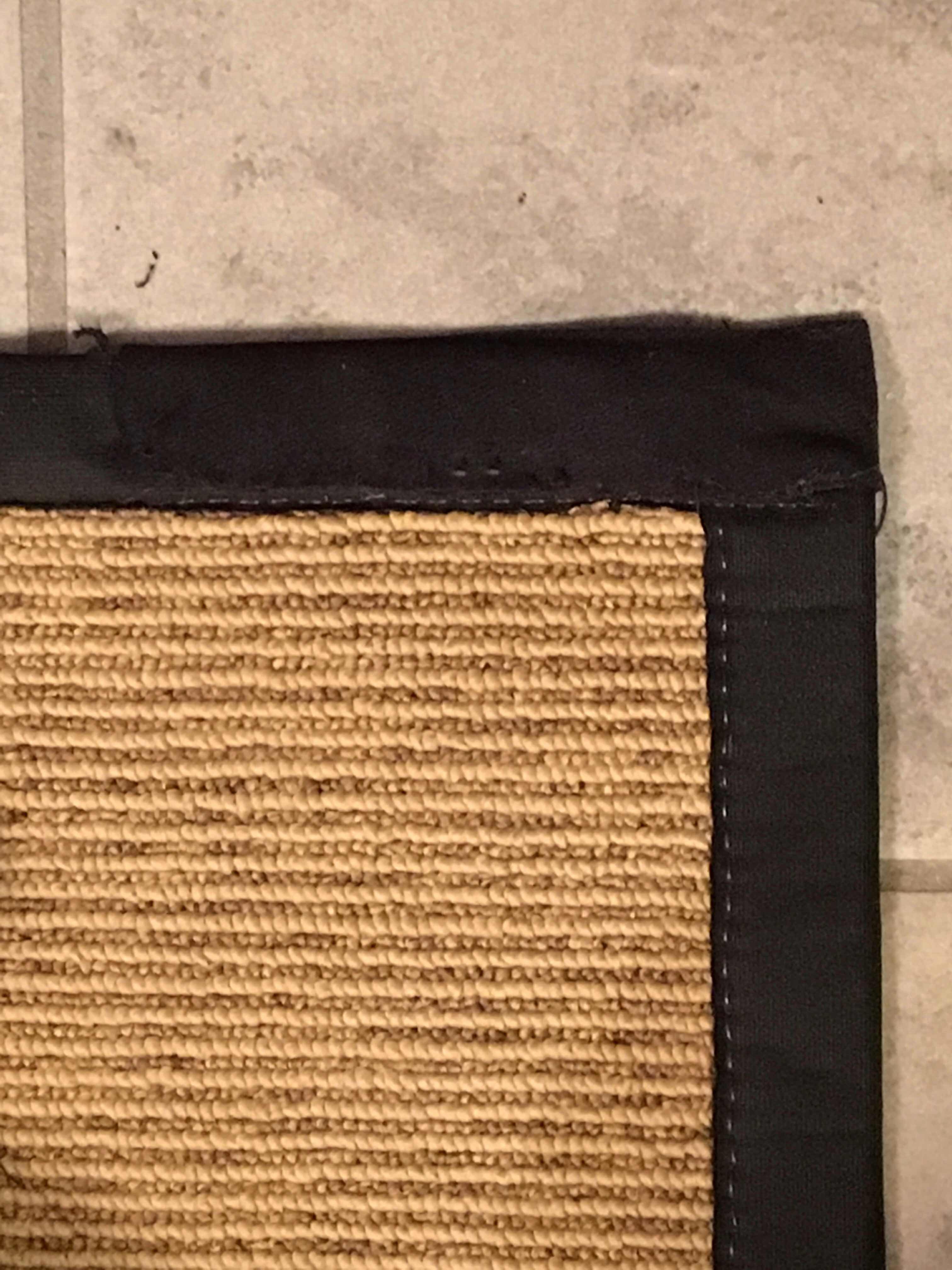 Yesterday she was actually off, but went out for the day.  This time, the ENTIRE edge of the rug was covered by chairs- and the repaired corner had the vacuum cleaner sitting on it. When she came home, the carpet was intact.
Next I predict that the legs on those chairs that form the barricade may become victim to some interesting wood carving experiments.  Not that a couple haven’t already been sampled while standing upright.
Oh.  And remind me to tell you how I chewed an ENTIRE roll of toilet paper the other night while my human was sleeping….
Thank goodness she loves us….
Have a good one. Peace and paws up.
Seizure free days: 15