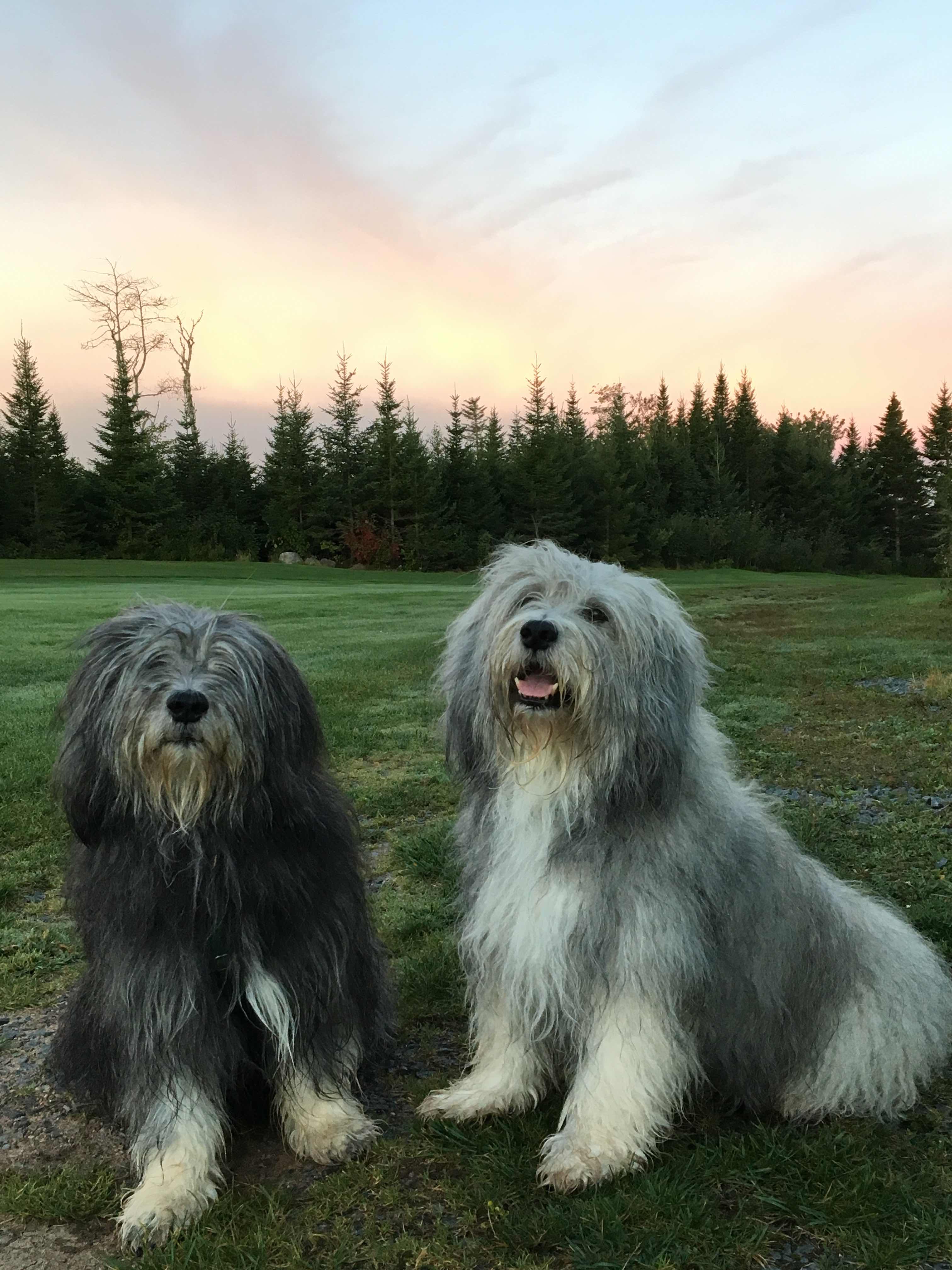 Fall is here – signaling cool nights, misty mornings and sunny days.  Yesterday was a PERFECT fall morning. And bonus – it was Sunday so we got to go for a longer morning walk.  We even let my human sleep in – until 6:15!  Yes -we can be thoughtful…

So imagine bright skies, and mist over the lake and ponds.  And quiet.  Peace and quiet.  Except for the songbirds and the distant call of the loons – who have not yet left for the winter.  Ah yes.  Peace in the countryside.  Until the stillness is shattered by a woman shouting like a banshee “Leave it!  Drop it! NOW!”
We were JUST heading home. Einstein and I were out for the first walk – and despite the fact that the puparazzi HAD to take a few photos, we had a great walk.  We sniffed and licked and peed – numerous times.  And as we were almost back to our driveway, Einstein went into the tall grass at the side of the road.  And he emerged.  With his head held low.  Really low.  Which as all people owned by dogs know, signals that he has SOMETHING he doesn’t want anyone to see. I was so busy sniffing the ground that I didn’t notice that my brother had bounty.  My human pulled Einstein’s leash close and instructed (well shouted) that he drop whatever he had. “El-Vik-Frodo” she shouted.  That’s what happens when you live in a mutiple dog household – everybody’s name is said as the human quickly is shouting at one dog.  Sometimes it is Vik-Fro- Elroy.  We have six combinations. She never says the right name first.  Must be an age thing.  Anyway, she went to pry open Einstien’s mouth and he dropped the treasure.  Part of a pizza crust.  Who knows how it got in the bushes – either some trash throwing human, a bird who found it too heavy to carry or a raccoon who raided a green organics bin.  Of course as soon as I spotted the treasure, I dove for it.  So now my human had to separate the two of us and get the crust out of my mouth.  All the while she is shouting at us – and no doubt waking up any neighbors who might have wished to sleep in. I don’t know how she did it – but we were dragged away with the treasure left right in the middle of the road.  What a waste.  There are dogs starving somewhere in the world – and she leaves perfectly good food in the road…It’s a sin…
Aren’t you glad you are NOT our neighbor?!
Today she is off, so we are expecting long walks again.  Another prefect morning is in the forecast.  And with any luck – that pizza crust may still be there….
Have a good one.  Peace and paws up!
Seizure free days : 10