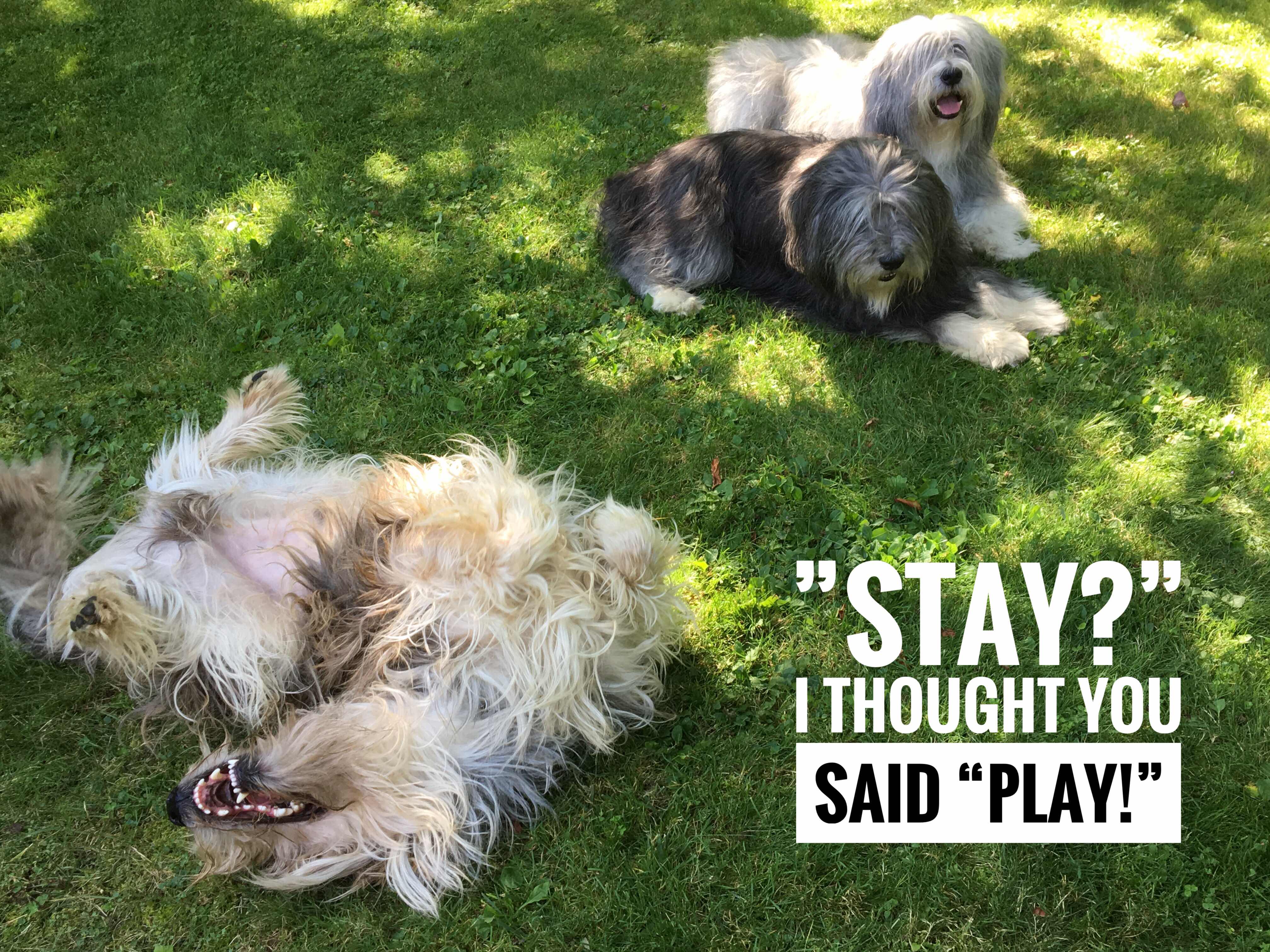 Holy fetch toy!  A HUGE  thank you to all my blog readers.  I asked if people MIGHT “Share” my blog yesterday and when my human looked at our “stats” mid morning, she nearly fell off her chair!  She’s really not all that savvy when it comes to this blog stuff – but she does look at something called Pageviews each day to see how many people have basically clicked on one of our pages.  At least that’s what she THINKS Pageviews are.  Anyway, around mid-morning on an average day, she would be happy to see 300.  But it was more than twice that by mid morning.   And by the end of the day, we surpasssed our “most read” blog by a LANDLSIDE.  I don’t know that it would be classified as “viral” but we sure had a fever!!!!   Thank you thank you THANK YOU!!!!!  To quote Sally Field: “You LIKE me!”  (And if you don’t know who Sally Field is or what my human is referring to,  you’re just not as ancient as her… )

Meanwhile, we had an evening of rainy weather here the other night – which meant no moonlight walks.  Yet as my human read her email after supper, she had three canines who were mesmerized with her every movement and who CLEARLY wanted to DO something.  She sighed and said those magical words we have not heard all summer – “Find the Bunny?” with a rather questioning tone.  Einstein and I went crazy and the FG looked at us (not knowing what all the hoopla was about) and joined in the excited dog dance.  Those of you who are owned by dogs know the dance – the spinning, leaping, barking four step that signals something GREAT is about to happen.  “Great” can simply include the opening of the treat jar.  Most dogs have a strong dancing gene that erupts frequently.  Especially in THIS house.  But I digress.

My human retrieved the somewhat lopsided stuffed rabbit from his hiding place in the garage.  And of course, I HAD to be the first to play.  Why?  Because I would bark and moan incessantly if anyone else went first.  It’s the ONE time I actually out-bark Einstein.  Einstein and the FG were sequestered in the front hall where they proceeded to apply lovely olfactory art to the french door as they watched me play.

I was diligent in sitting and staying in one room while my human hid the bunny in another.  And I found the bunny in 6/6 trials.   And I came BACK every time.  But to get the bunny back, my human would essentially throw treats at me to get me to release my hold.  We KNOW how I LOVE to fetch things…and not let go…

Next it was Einstein’s turn.  He cheats.  As soon as my human leaves the room, he gets up and tries to watch where she is going.  He also takes off before my human says the “release words” of “Find the Bunny.”  When he breaks his stay, she makes him go back to his starting point,  resulting in an argumentative barking tirade.  She ALWAYS gets her way on this one.   Despite his cheating, he was also 6/6.

And then it was the FG’s turn.  As soon we was released from the confines of the front hall – where Einstein and I now longily watched him – he ran to look for the bunny BEFORE it was hidden.   It was still in my human’s hand.  That’s our FG.  Still doesn’t QUITE get the rules of the game.  My human went to get him and to remind him of the process.  Now mind you, he DOES  sit and stay while the bunny is being hidden.  Every time.  He literally THROWS himself into a sit.  And he doesn’t move a muscle.  And when he takes off to find the bunny, I swear I can hear the dishes in the cupboards crash together.  And he finds the bunny.  He was 6/6.  BUT as for bringing the now soggy hare back – nope.  Never.  My human has to go into the room where she inevitably finds him staring at the rabbit on the ground, and then he grabs it and tosses it in the air.  My human gets extra exercise when the FG plays.  She also gets to retrieve the bunny.  So really, she gets to play too.

After 18 rounds of Find the Bunny (6 each – although the FG’s turns aren’t REALLY full rounds because he never comes back), we were all suitably tired.  And happy.

And GUESS what?  The big box?  I had two new Chuck-Its!  So now we can play fetch outside again!  As long as it stays light out….

Thank you AGAIN for  reading,  sharing and for your kind comments.  All of you know how special we dogs are – and isn’t it crazy how besides providing unconditional love and incredible joy, we can ALSO bring people together?  It’s clear.  So obviously, more dogs need to be in politics…

Have a good one.  Peace and paws up.
Seizure free days: 7