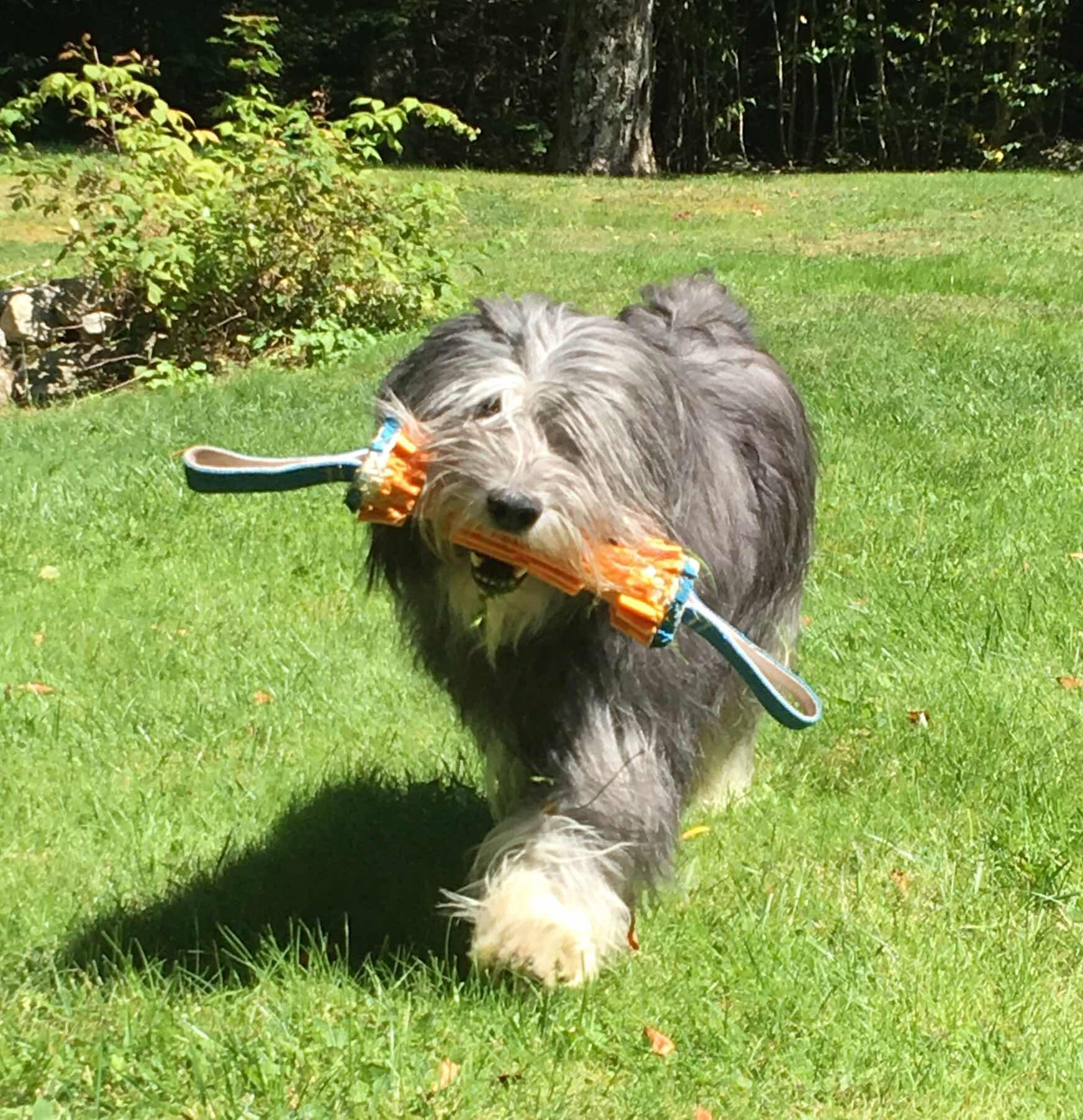 I blew it.  Well really, I chewed it.  And as a result, we no longer have our favorite fetch toys….

As we all know, I LOVE to fetch.  I will literally fetch until my tongue is scraping the ground and I can barely walk.  I suppose it never gets quite that bad – because my human stops me before then.    But the PROBLEM in stopping me is that I KNOW she is going to end the game, so I won’t let go of the toy.  If she offers up a treat for a trade…well she has come close to losing a finger because I am SO keyed up.  Not a behavior I recommend.
And heaven forbid she runs out of treats. I will not let go.  I mean I will NOT let go.  Ever see those posts of dogs who jump up to grab something and will literally hang by their teeth.  That’s me.  My human can lift me off the ground – and I will NOT let go.  As a result, our FAVORITE fetch toys have taken a beating.  We have had them for a few years – but yesterday, yours truly saw to it that they were destroyed.  I ran to get the toy and instead of coming back, decided to shred it.  That’s because all three of us were out playing and my human wasn’t just paying attention to me.  So I took the opportunity to shred our Chuck-It.  My human saw what I was doing and shouted “Hey- stop that!”  As she raced toward me I was pulling the thing apart. She luckily had a treat so I traded the now beyond-help toy.  She said “That’s it!”  She marched me in the house, and Einstein followed – gloating at the fact that I was in the proverbial doghouse. The fetch toys were ceremoniously dropped in the garbage.
Meanwhile, the FG was still outside.  He loves those toys too – but he is equally content with his Kong ball thing.  It has all the bells and whistles – literally. It has two handles so he can carry it, it has a tennis ball inside and it squeaks. He loves it.  Me – not so much.  Too bulky for my liking. He got to stay out and play fetch with his ball.  I shouldn’t say this, as I’m already in hot water, but watching my human throw that ball thing is rather entertaining. She tries to roll it like a bowling ball, but often ends up throwing the thing straight up in the air.  It’s a miracle the FG hasn’t been clocked  on the head yet. 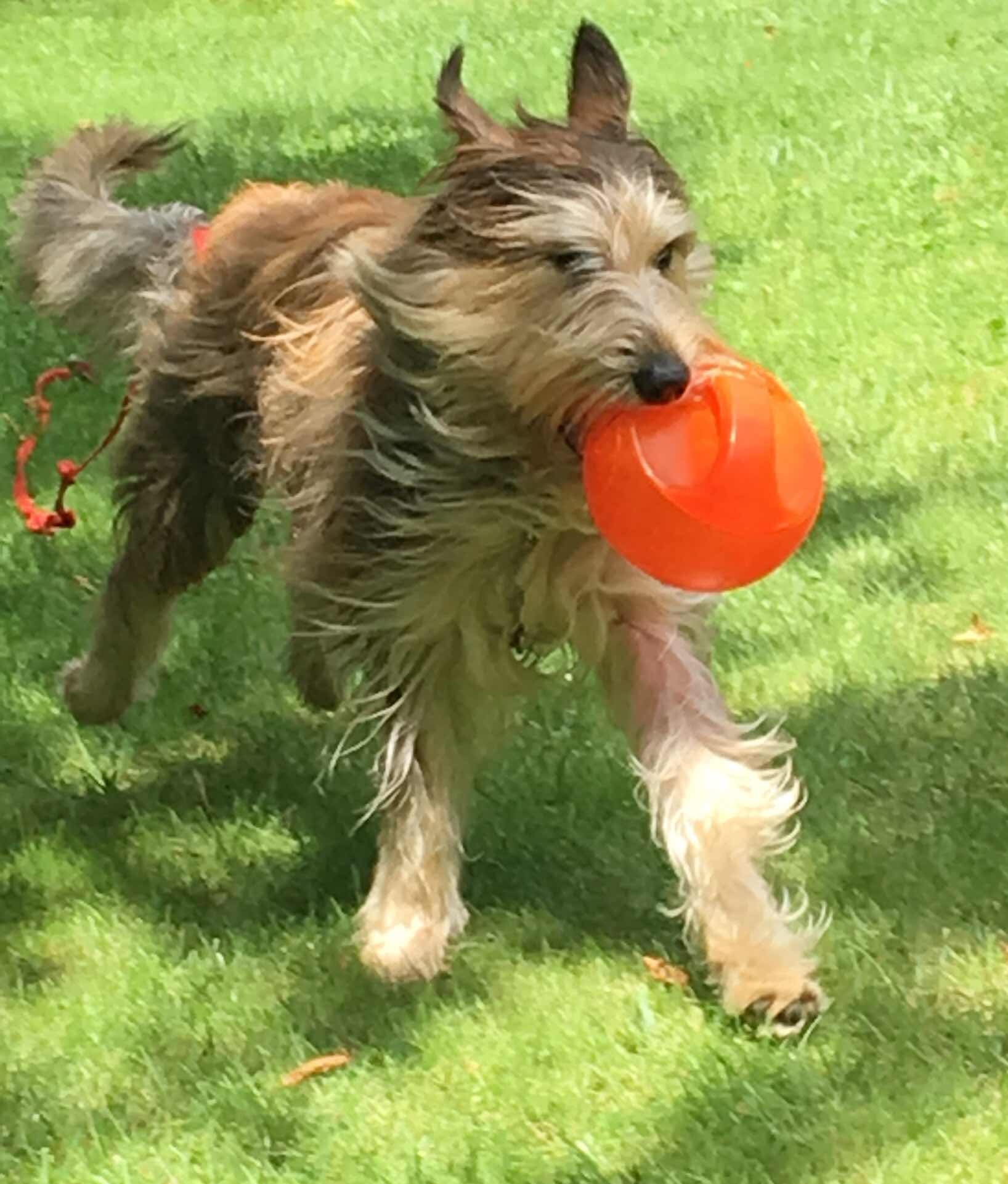 Anyway, my favorite toys went in the garbage.  They were both beyond repair. I’ll have to put a new set on my Christmas list.  Although I would rather have them before then. Guess I’ll have to be on my best behavior.  No counter surfing.  For at least 3 days….
Have a good one.  Peace and paws up!
Seizure free days: 4