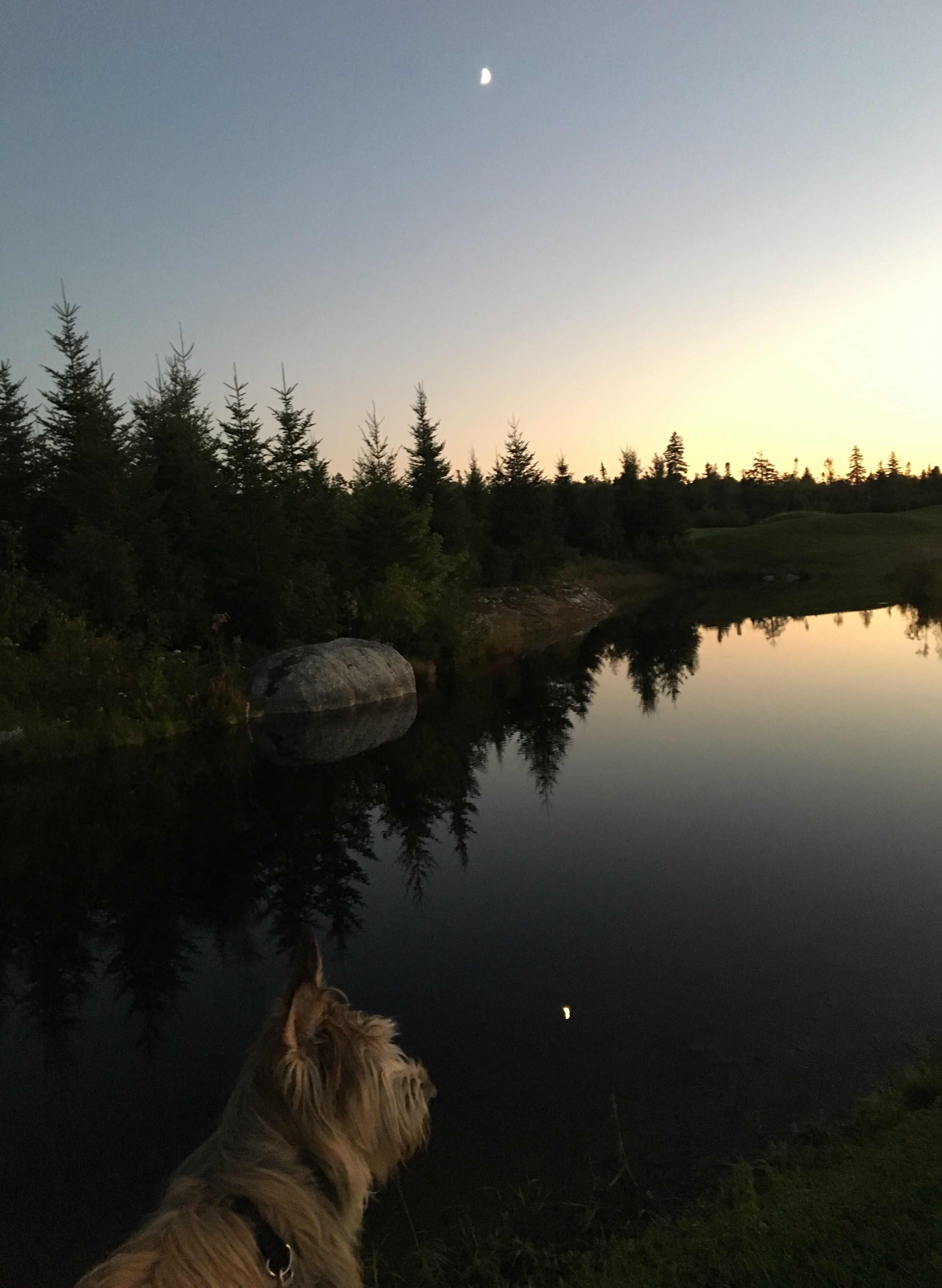 Fall will soon officially be here – but we have already seen the difference in our daylight hours.  Which means the all-important headlamp has re-emerged.  When we walk in the morning now it is still dark, and evening walks are also dark.  And it’s a good thing my human isn’t really afraid of things that hide in the shadows in the dark, because in our early morning walk yesterday, at least three critters were encountered.

My human spotted the first animal walking across the road.  And before she spotted it, we smelled it. Einstein was first.  His nose went in the air and he started pulling with that stiff-legged walk that means “I am going to get it.”  Whatever “it” may be.  My human thought it was either a porcupine or a raccoon.  By the time we reached the spot where it went into the woods, there was no sign of it.  Still, Einstein was ready take on whatever it was.  Needless to say my human held onto our leashes very tightly.
Then it was the FG’s turn to go out.  This time she spotted the creature before he did.  It appeared to be a cat.  Whatever it was, it hid in the tall grass at the side of the road.  My human shone her light in the direction of the animal and two eyes glowed back at her.  And whatever it was, it wasn’t moving.  Just watching.  Meanwhile the FG didn’t even notice. My human kept shining the light at the watcher and finally got a good view.  A cat. Mystery solved.
As they continued on, they suddenly heard a loud rustling in the woods.  This time the FG did notice.  He froze.  He’s actually quite comical in his frozen state.  He looks wide-eyed at my human and then back at the woods. They waited, but no other noises came from the woods, so on they continued.
My human loves her headlamp.  I have a feeling we wouldn’t be going on those walks without it.  We do miss the early daylight – but we also enjoying the warm days and cool nights.  Gotta enjoy this weather – we know what comes next…
Have a good one. Peace and paws up.
Seizure free days: 4