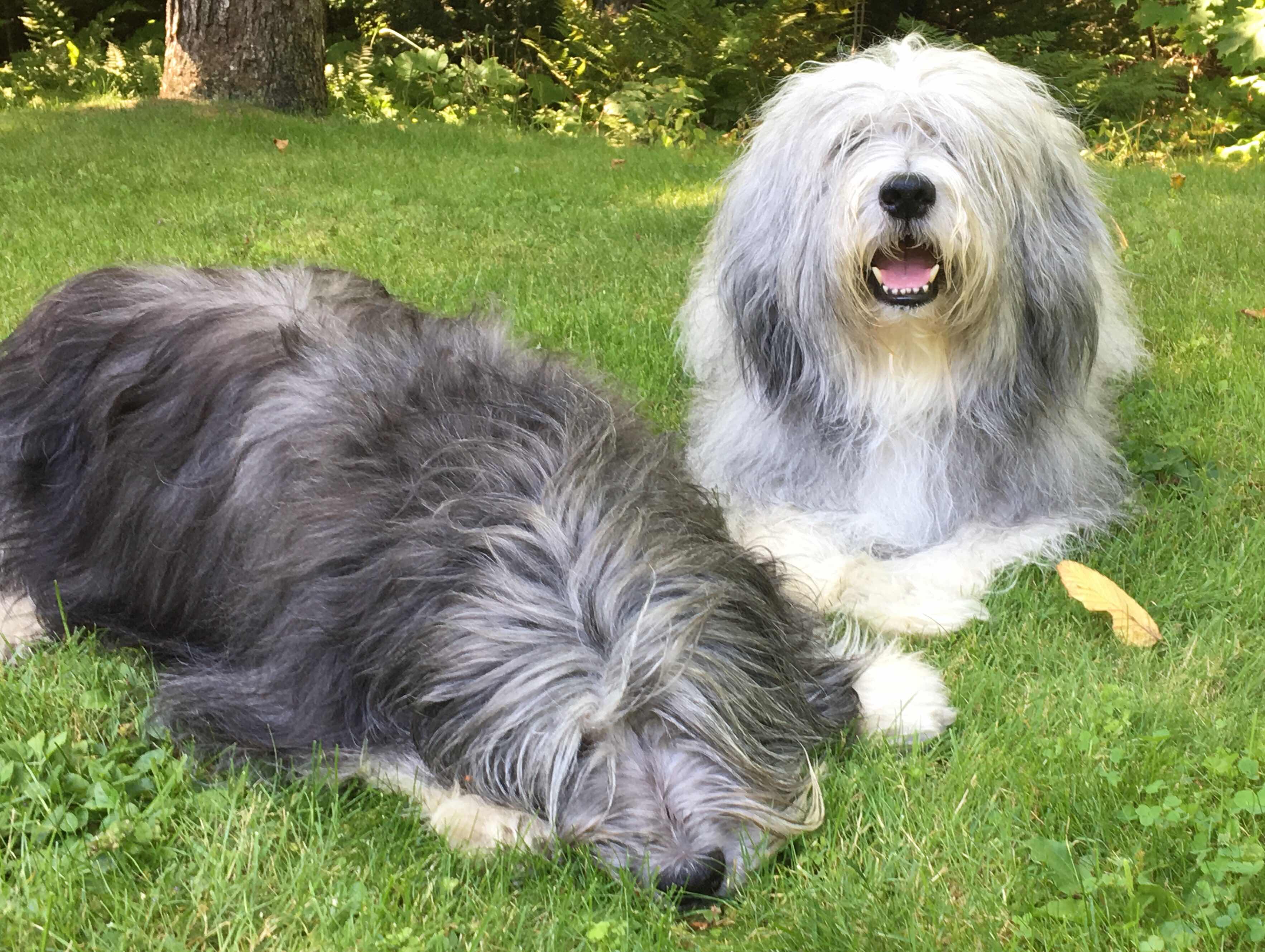 Well after much moaning and groaning and the occasional gasp, my human threw her profile into the on-line dating shopping catalogue.  And after three days, she has already decided she is canceling her subscription at the end of one month.  She’s just not a very patient person.,.

She put our pictures in her profile.  So the victims have fairc warning.  I’m not so sure this is such a good idea.  Really, the only guy we would approve of would be a butcher.  Or maybe a baker.  DEFINITELY not a dog groomer.  Whoever it is would have to like to walk.  And wouldn’t mind picking up poop. Lots of poop.
I think my human is a bit too sarcastic for this on-line stuff.  One guy from Manitoba wrote to her and said he liked her profile “but could you live any further away?!” “Yes” my human replied, “I could live in Newfoundland.”  She never heard from him again.
If any of these potential dates read this blog, well she might as well cancel her subscription right now.
But despite all her trepidation- there WAS one nice guy who contacted her – who seemed normal.  And he could write a complete sentence.  Only problem?  No photo.  She’s figuring it’s Liam Neeson and he just doesn’t want people to see he is on a dating site.  We’ll see…
Oh – before I close, it seems my human has poor counting skills after 80.  Her good friend Joanie informed her that I had two 88 days in my seizure count and two 94 days or something like that.  Hope my human didn’t put “good at math “ in her dating profile.  So as a result, I am going to jump my numbers by two today.
Have a good one.  Peace and paws up.
Seizure free days: 99

One thought on “On-line dating. Continued.”