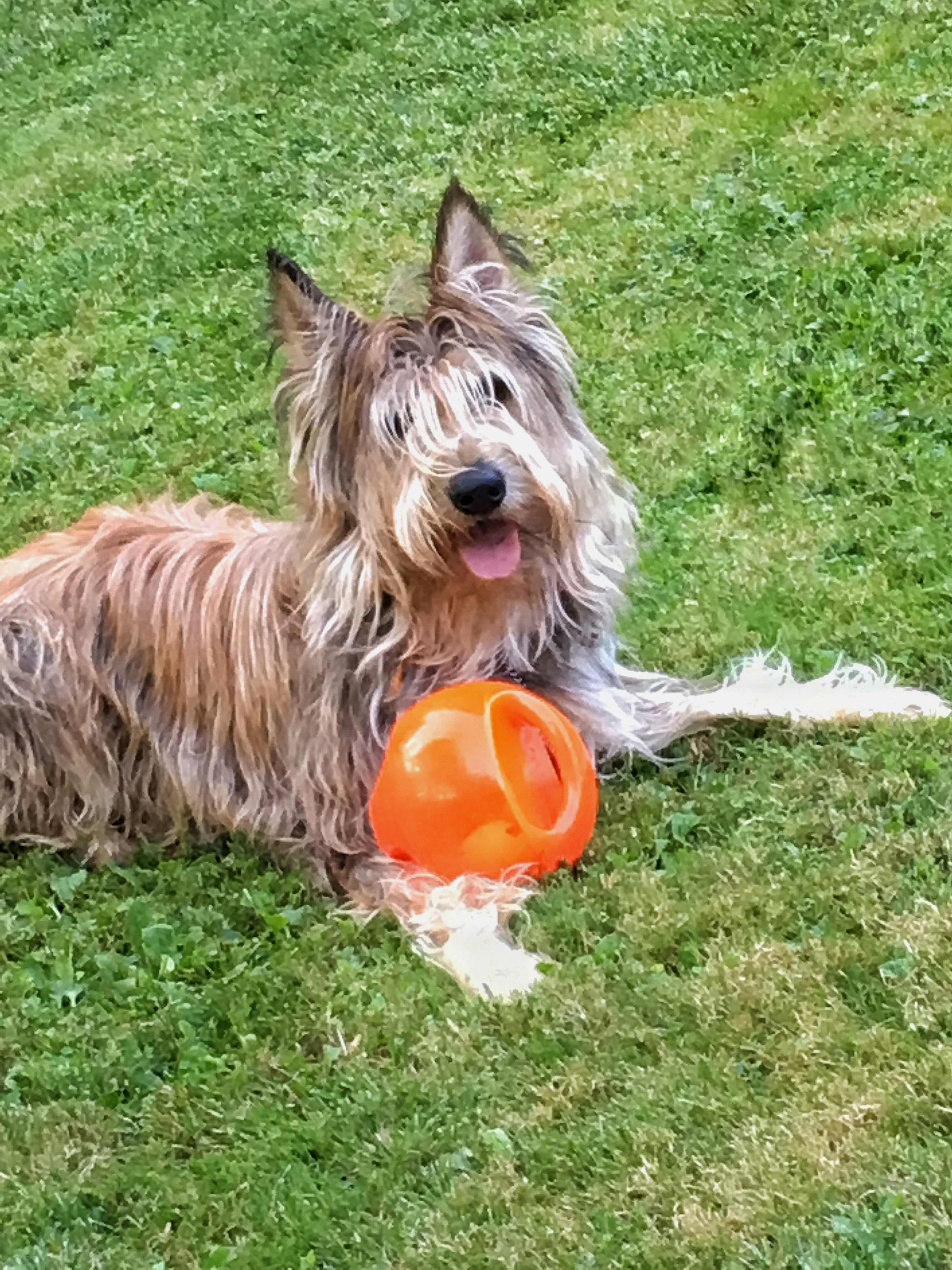 Heaven help us.  Well…help the FG.  Rumor has it he is entered in a dog show his weekend.  Actually, a couple of shows. And when was the last time he was in a show?  Was it February?  Needless to say, he and my human are not well prepared.  So they needed some help.  So who ya gonna call when you are in desperate need of some show handling tips?  Besides the patron saint of dogs?  Why you call Glady. Glady the dog whisperer.

Glady is the reason why my human got into the whole dog show world in the first place.  It was probably 100 years  ago….OK, maybe more like 30, and my human still remembers the day.  She was working in one office for a particular institution, and she went to visit another office for the same institution.  And she started talking with one of the secretaries.  That would be Glady.  My human happened to notice a photo on Glady’s desk – a dog photo.  When my human asked about the lovely Keeshond in th picture, Glady explained that the dog was actually deceased.  But he was a very special dog – Glady’s first Keeshond, Chinook. And he was the start, the foundation – of a lifetime of involvement in the world of purebred dogs.  Glady knew very little about dog shows in 1977, but was convinced to enter one with Chinook.  He won the breed the first time out.  And she was hooked.  It wasn’t long before he had a Best in Show under his…collar – and it would be the first of MANY Best in Shows for Glady – with a number of her dogs.  She went on to breed some of the top Keeshond in Canada – and her dogs excelled not only in the conformation ring,  but in obedience as well – often under the training of Gladys’s husband, Don.  In addition to breeding and showing, Glady and Don were involved in numerous dog clubs – and Glady was even invited to judge Keeshonds at a specialty  show in the US. She became quite the breed expert – and mentor for so many in the dog world – including my human.  Glady encouraged my human to get her first Bernese and was always helpful with tips and suggestions for showing.  My human’s first Bernese was a wonderful dog – but NOT a show dog.  My human learned that quickly when she took him to a fun match, which Glady was judging and they placed dead last. He did become a good obedience dog though!
The first time my human went to Crufts, she went with Glady.  She even managed to convince Glady to go to a Bernese specialty with her in Rhode Island.  They had quite the adventures.
These days Glady isn’t breeding anymore, but she has a good friend who has carried on her lines.  She still is owned by 2 Keeshonds – one of whom is the same age as the FG.  She can relate to similar “behavioral” traits…
Somehow, time sometimes gets away from  humans – and it had been awhile since my human had been out to visit Glady and Don.  With the upcoming show,  my human called for help.  Glady was more than happy to oblige – and it would also provide an opportunity to visit and catch up.
Right now Glady is waiting for some knee surgery – so she can’t run around the ring – which she SO loves to do.  But she did attempt to take the FG around to show my human what he looked like.  She also videotaped him, and they then reviewed the tape. Her comments and feedback were extremely helpful.
But the best part was the visit.  They shared stories over a cup of tea and some yummy cake.  When you have a good old friend, it’s easy to feel comfortable-and the time just flies.  On top of it all, my human came home with homegrown tomatoes, dehydrated chicken for US AND some homemade wine.  But best of all, she came home with a smile on her face – thinking how lucky she is to have a friend like Glady after all these years.
Now if she can just remember all Glady’s instructions when she gets in that show ring.  Heaven help them…
Have a good one.  Peace and paws up.
Seizure free days: 97