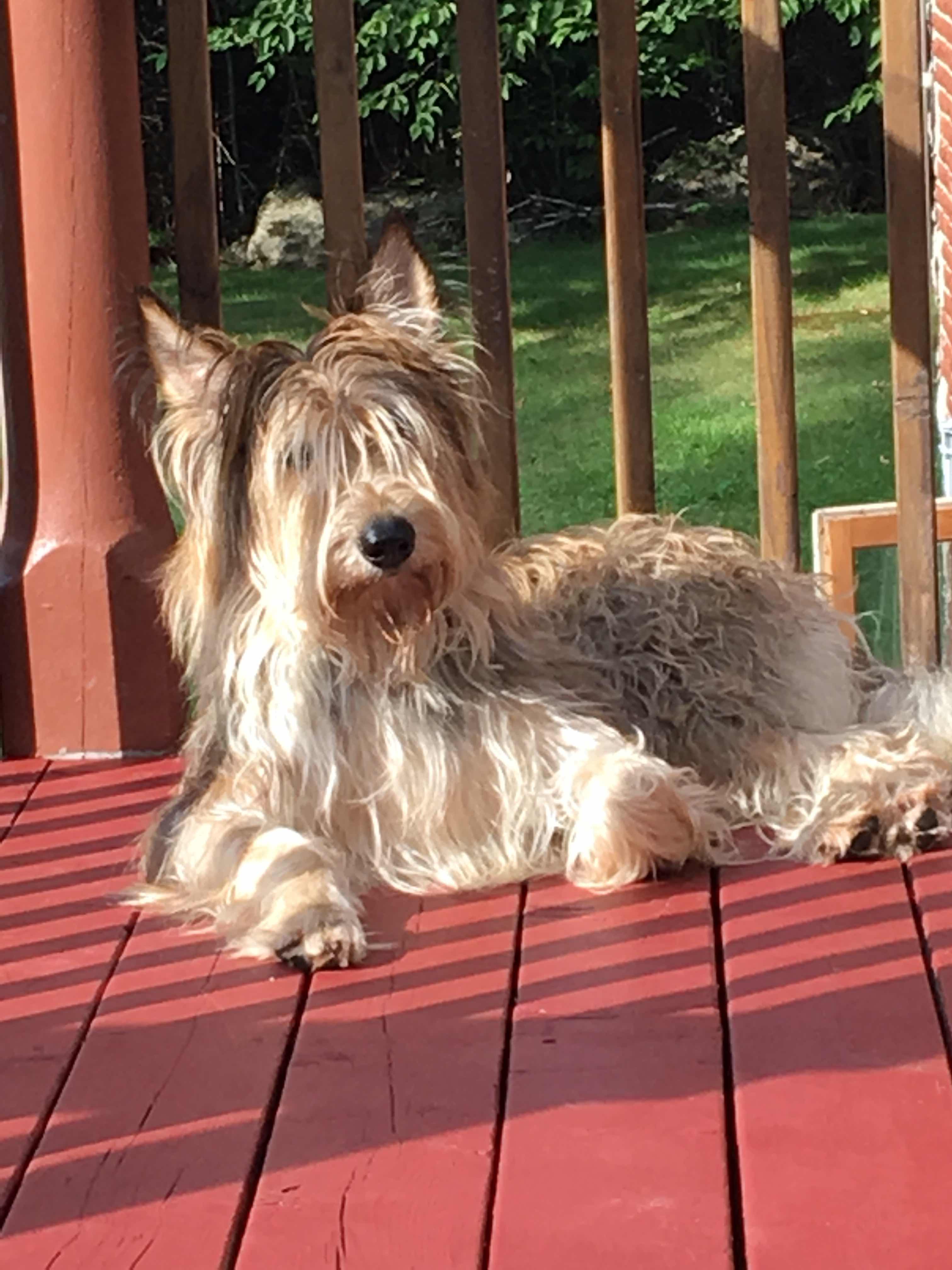 Yesterday Marvin left. We are going to miss him – he was a great dog walker!  For a change – all three of us got to go for our walks together each morning. Back to two trips today…

Last night we had some more special company.  Two humans and their dog, Flicka were visiting Nova Scotia from their home in the US.  Flicka is a Picard. And she is one lucky dog – she gets to travel to all kinds of cool places. It MIGHT be because she is obedient.  Really obedient.  Unlike any dogs in THIS household.
Before they arrived, my human’s sister came over to help with the meal preparation.  She made some bread with olive oil and was just about to toast it in the broiler.  One problem.  She left the baking sheet full of bread slices on the edge of the stove.  The EDGE.  Seriously- in this house, food on the edge is simply an invitation to help oneself to a snack.  So when she stepped away from the stove and turned her back for 2.3 seconds, she heard a crash.  It was raining baguette and two PONs became instant vacuum cleaners.
Luckily there was still a half baguette left that had not been sliced. Because my human was not about to serve the pieces on the floor that had not been instantaneously devoured.
And then, Flicka arrived.  We PONs got to meet her first.  We did the customary olfactory greeting, and that was that.  Flicka is a mature Picard-and she didn’t t get too excited about two crazy younger PONs.  We went back in the house, and then my human brought out the FG.  Well.  It was like they were two long lost cousins.  One look at him and the grande dame got all happy and bouncy.  I think they were flirting with each other.  She must like younger guys. My human was so excited to meet Flicka and her humans, that my human didn’t even take any photos!    But luckily, Flicka’s humans did – so here are a few shots taken by them: 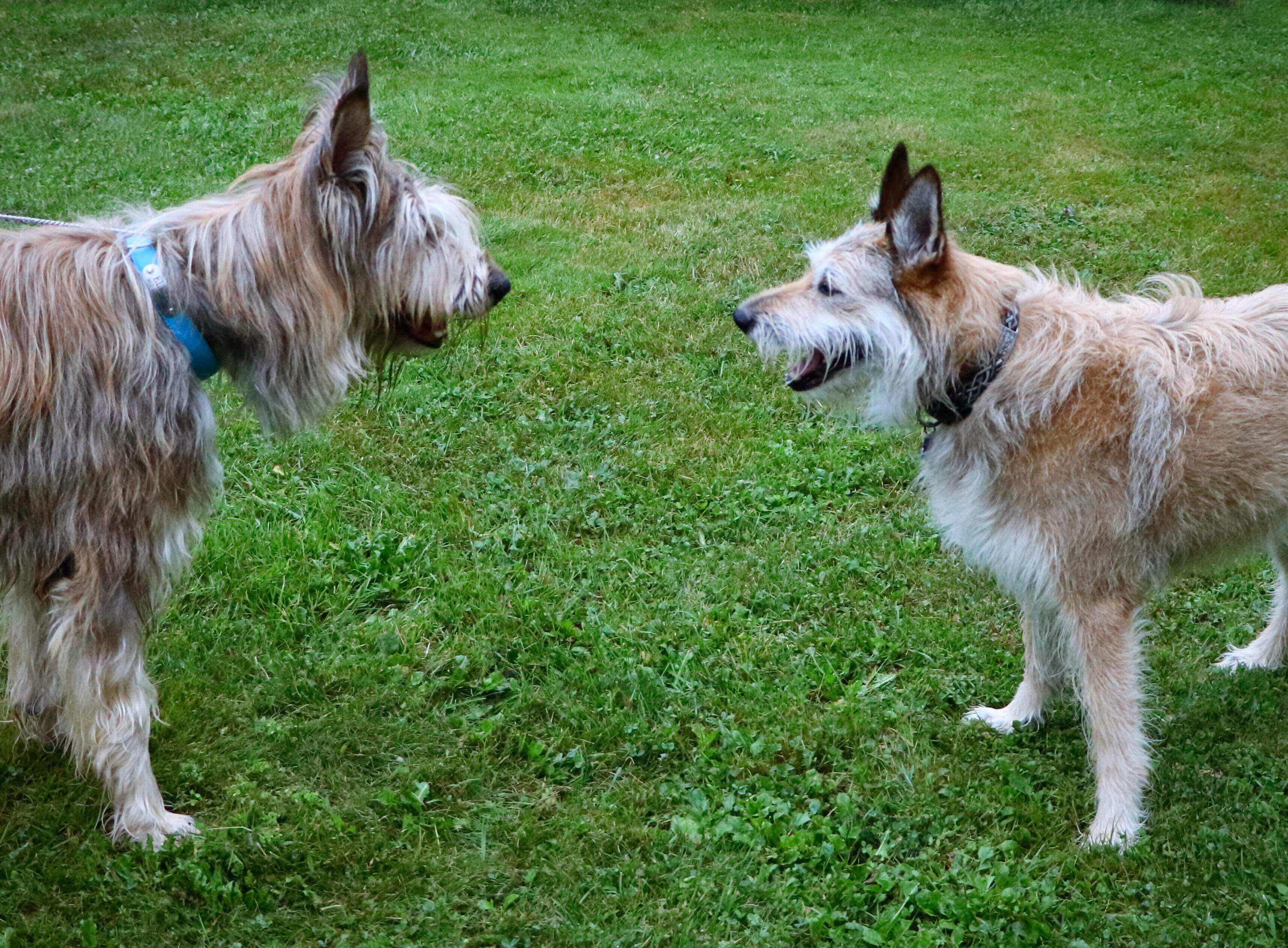 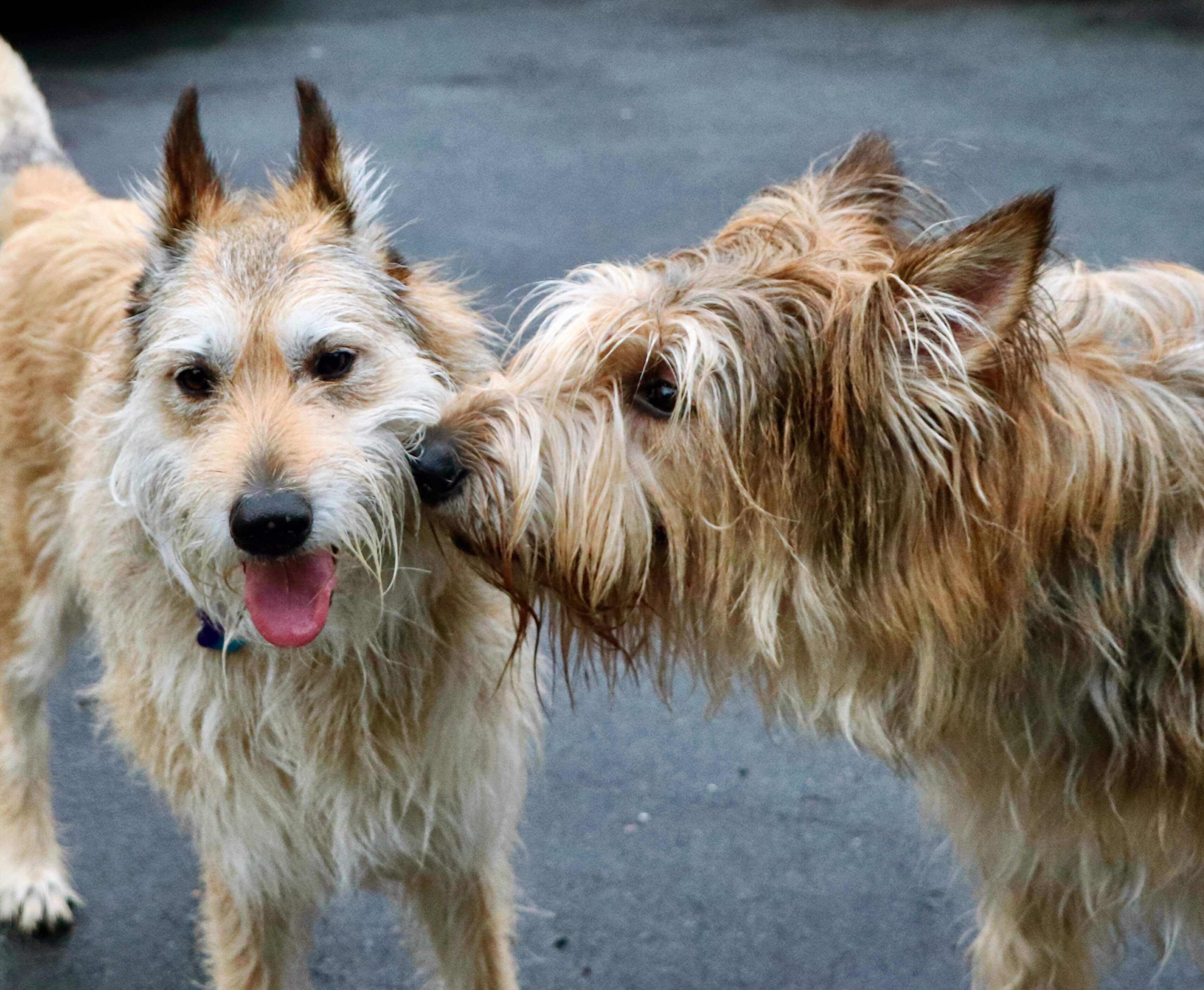 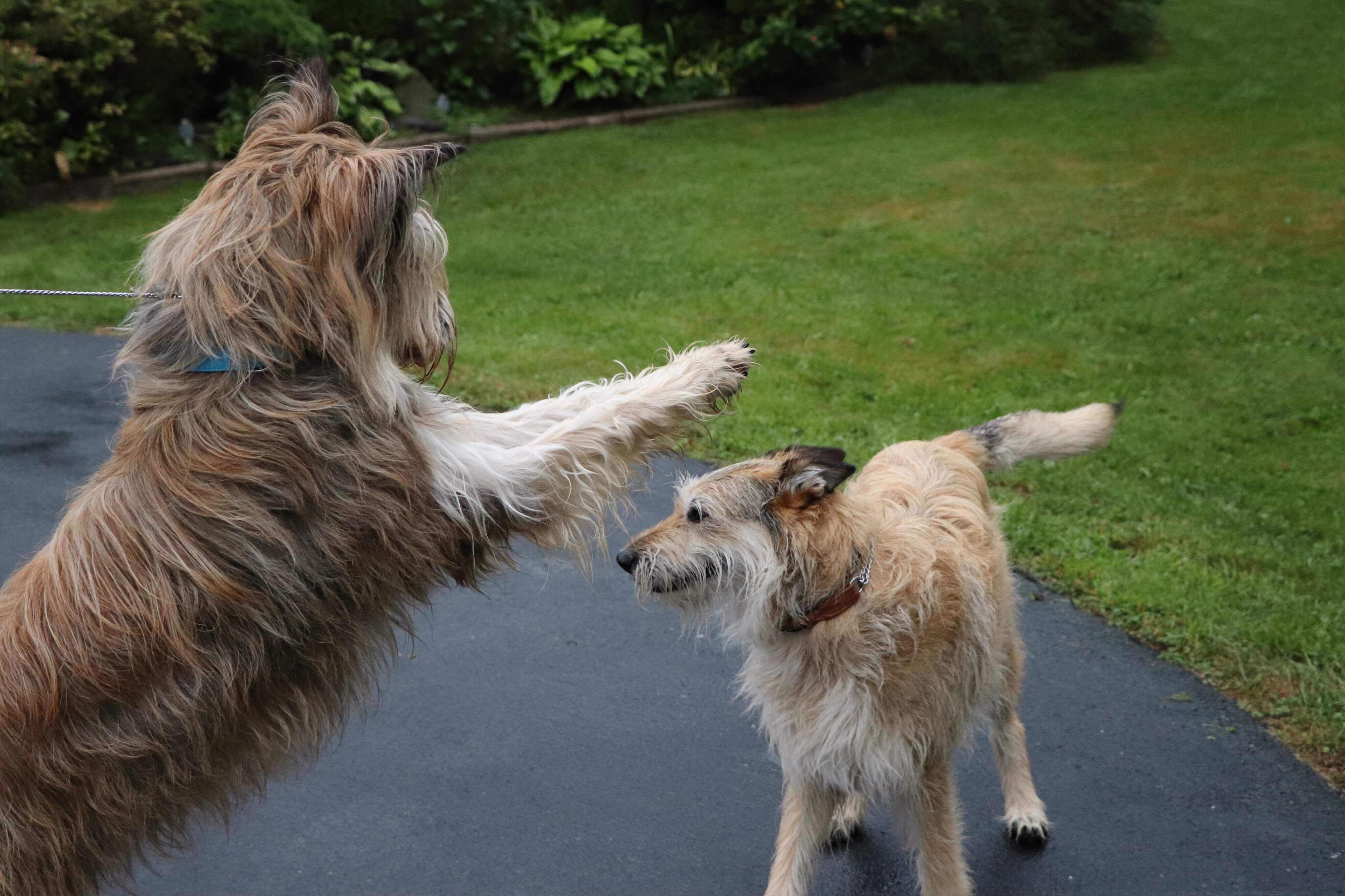 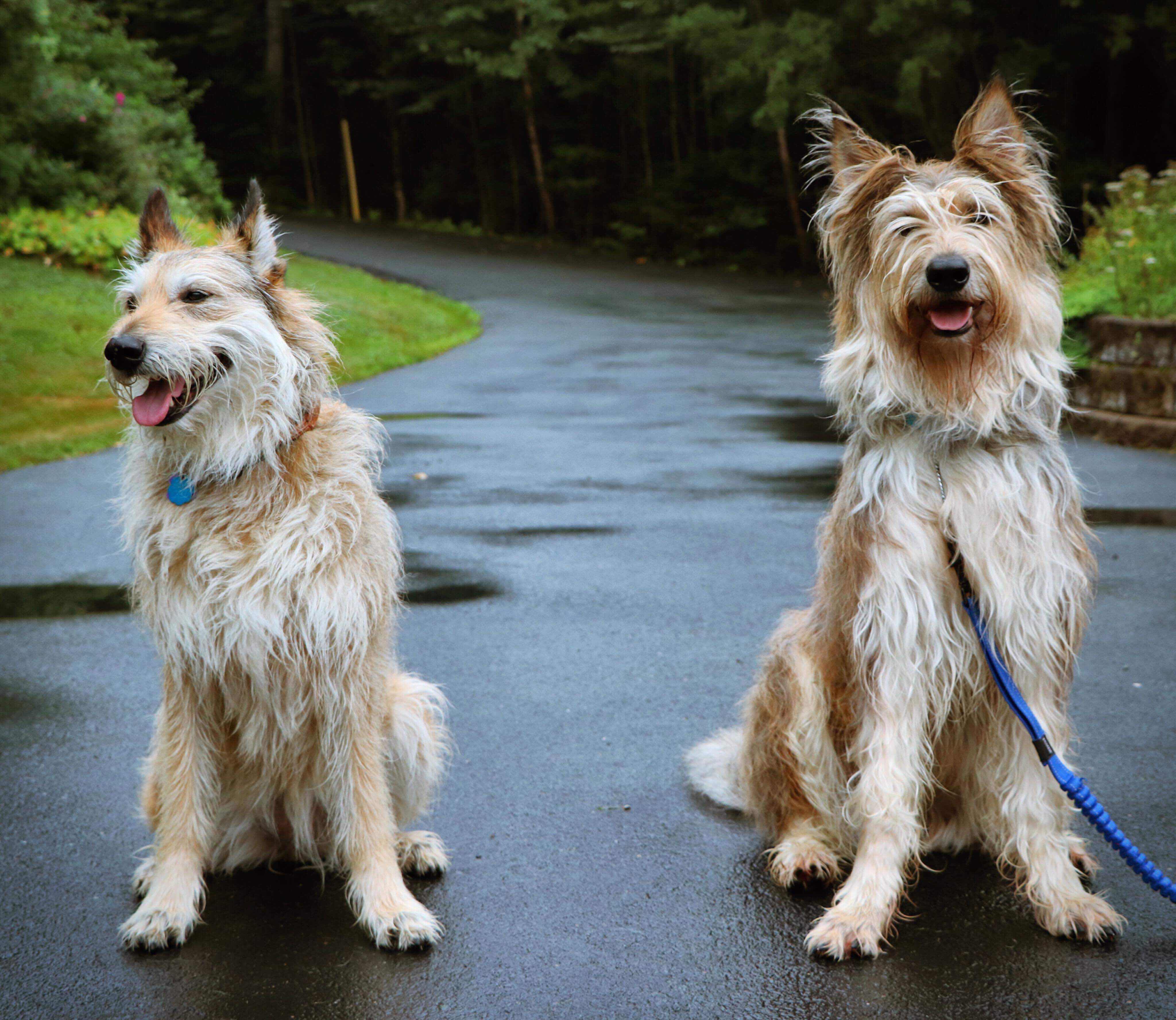 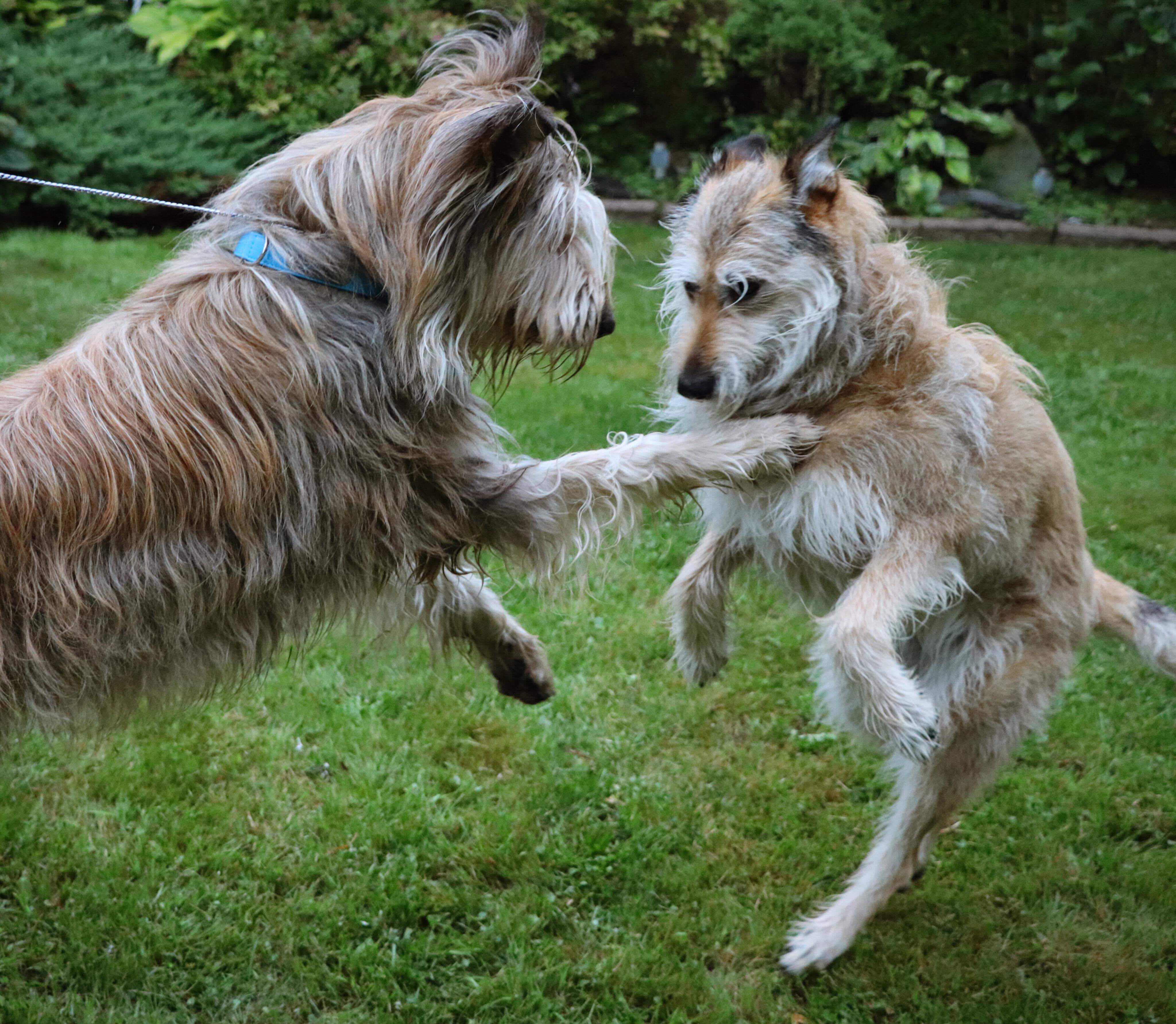 After the initial meetings, we were sequesetered in the basement rec room, while Flicka stayed upstairs during dinner. Those are the privileges one gets when one is well-mannered.  A good lesson for the future.  Maybe by the time I am Flicka’s age, I will behave.  Sure I will.
It was very  nice to meet them – and another cool example of how the internet can bring people together!
Today our house will be quiet without the company.  But not to worry – we’ll be sure my human NEVER gets bored.  She still has lots of vacation left…
Have a good one.  Peace and paws up!
Seizure free days: 85