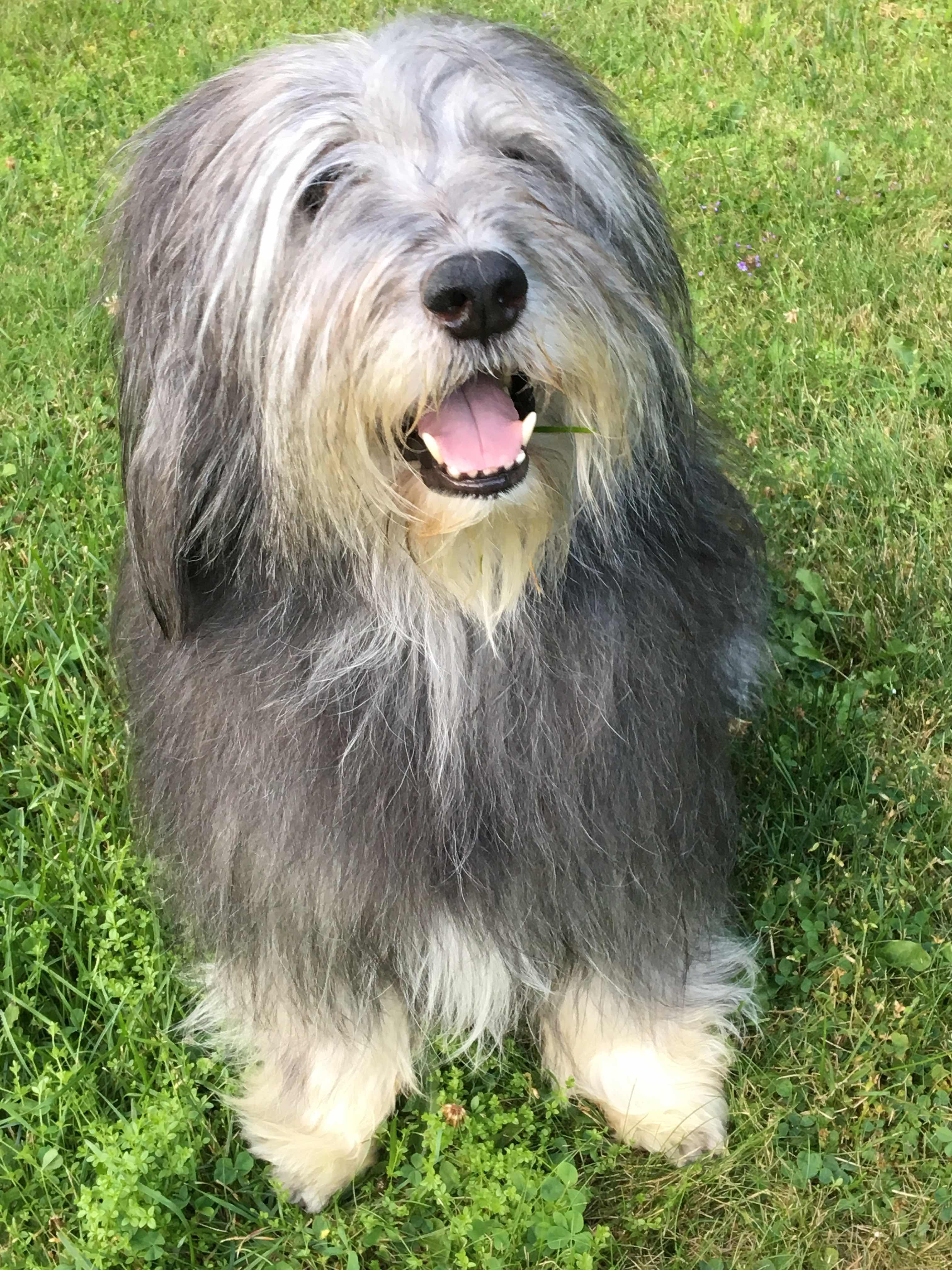 Painting.  A new word that in my dog vocabulary is equivalent to “grooming.”  Why?  Because we were sequestered away from the action for HOURS.  Well we started off on the deck where we could actually SEE what was going on, but then Einstein put his head through the screen door to attempt to get a better look inside. I don’t mean around the screen.  I mean through.  That was it.  We were all marched downstairs where we stayed throughout the ENTIRE process. Einstein continually barked out his protest, but my human threatened him with the squirt gun so he settled down.  For a little while anyway.

Then after they were done, we STILL were not allowed upstairs for about two hours.  We were NOT impressed. Oh and it gets worse.  That was the first coat.  They do it all over again today.
When they were about 1/3 through my human apparently began to panic.  She though she picked the wrong color.  But THANKFULLY, once it dried she loved it.
As for us dogs, it looks fine to us. Paint colors are not REALLY our thing.  Mind you, my human should have to spend less time cleaning walls – because this is darker color.  Perfect.  More time for walks and games of fetch.
And she can make up for all the time we spent in solitary.  Together.
Have a good one.  Peace and paws up.
Seizure free days: 73