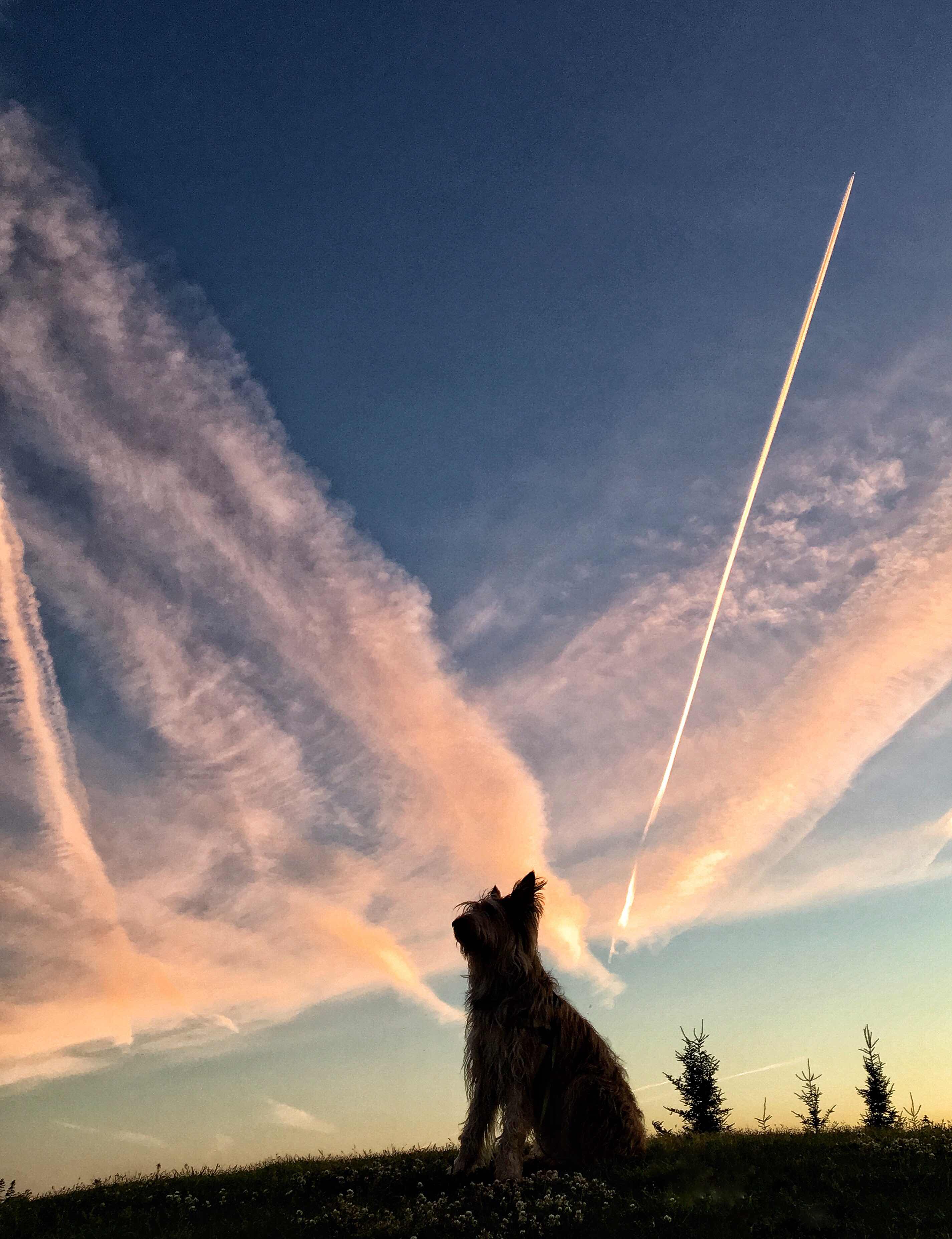 July 22. On this day in 1951, two dogs by the names of Dezik and Tysgan, made history as the first dogs to make a sub-orbital space flight.  They flew to a maximum altitude of 110 km. and they survived the flight. These two led the way for many other dogs from the USSR to fly in space.  Although these two were lucky on their maiden voyage, poor Dezik wasn’t so lucky on another flight just a week later with a dog named Lisa.  They sadly both died when their parachute didn’t open.  Tsygan was adopted by a scientist.

Some interesting facts about the flying canines….female dogs were used because of the design of the spacesuits and the way that they collected pee and poop. They had some kind of device that worked with females.  They usually used stray dogs because they felt they could tolerate the stresses of being on their own. They ate some kind of jelly-like protein and unfortunately, lots of dogs were constipated when they returned home.
I read that a dog named  Bobik ran away just days before his flight in September 1951.  Smart dog.  Must have been a PON. And note I said HIS. Mind you he wasn’t the only one to take off – a female by the name of Smelaya also took off the day before her flight.  But they found her – and off she went. Luckily, her flight was successful.
Let me tell you – nothing about this gig sounds the least bit appealing to me. It’s dangerous, you are in a confined space, you eat jelly AND you have to wear attire.  What part of this sounds like fun?  I guess in knowing that you contributed to science…Personally, I would rather be in an experiment testing different dog foods. Now that sounds like fun.
I think I’ll just keep my job as a household guardian.  And comedian.  I’m happy just to LOOK at the heavens!
My human was what some would call a blob yesterday.  She took us for long walks, and then did something she never does. She watched a video and took a nap.  On top of that it was a rainy day – so she had an excuse not to take us for more walks. Given how busy she has been lately with work, we let her have the day to be a human sloth.  But today is a NEW day.
Time to get her moving!
Have a good one.  Peace and paws up!
Seizure free days: 61