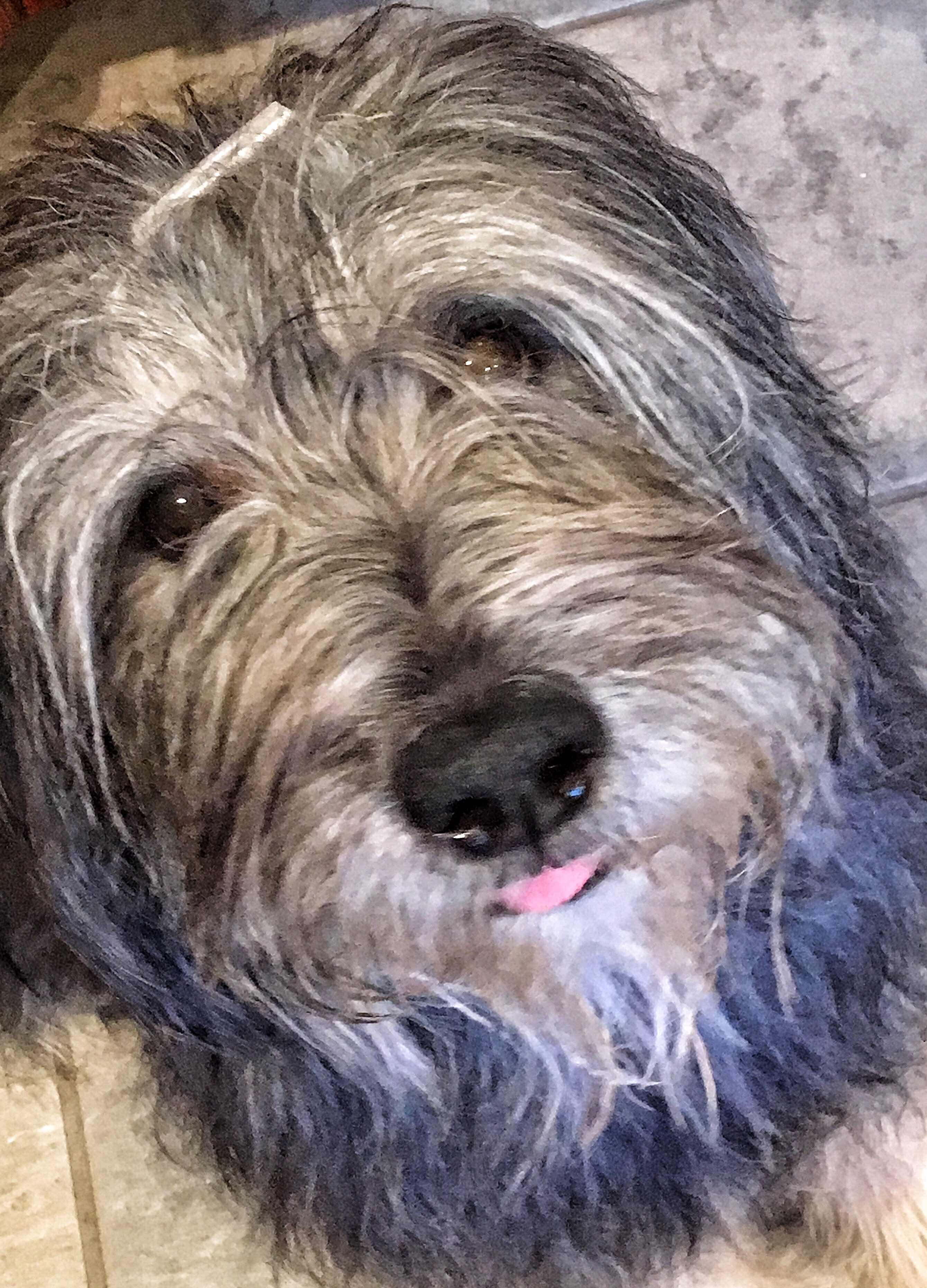 July 19.  And according to the Crazy Calendar, it is Stick Out Your Tongue Day.  Which is strange, because once upon a time, it was not considered really polite to do so.   But today, it seems like people think it’s a cool thing to do.  Go figure.

I know that we dogs LOVE to stick out our tongues when my human is doing a photo shoot.  It drives her crazy when, in a photo of the three of us, two are looking great and one of us is sticking out his tongue.

Anyway, to mark this day – let’s look at some dog tongue facts.   Did you know that if a dog’s tongue is blue – it could be a sign of lung or heart problem?  EXCEPT in  Chow Chows and Shar-Peis – who have blue or dark colored tongues all the time!

Contrary to popular belief, dog tongues are NOT cleaner than human tongues.  And the idea that we should lick our (or your)wounds to clean them is NOT a good plan.  Like humans we have lots of bacteria in our mouths – so licking does not promote healing.

When we stick our tongues out and are panting, it is a way that we use to cool ourselves off.  They say that when we pant, air is moved through our mouths and into our respiratory tract, bringing in moisture to cool us down.

We actually have fewer taste buds in our tongues than humans – although we reportedly can taste sweet, sour, bitter and salty.  But we have less than 1/6 the number of taste buds than humans have.   Perhaps that explains my affinity for dryer lint….

We use our tongues to lick and convey emotions. We lick people (and other dogs) when we are happy and to show affection.  I LOVE to lick Einstein’s face.  And do so whenever my human is not paying attention.  I REALLY like to do it right after she grooms him.  I have actually begun to lick the FG, but since I have always been a bit aloof with him, he isn’t quite sure what to do if I lick him. His hair doesn’t mess up as well as Einstein’s hair – his always looks crazy – so it’s not really as much fun to do.

They say that the size of a dog’s tongue can affect his bark.   If size affects the AMOUNT of barking one does, Einstein must have a GIANT tongue.

So those are my crazy facts for today.  Gotta go -time to go lick Einstein.

Have a good one.  Peace and paws up.
Seizure free days: 58